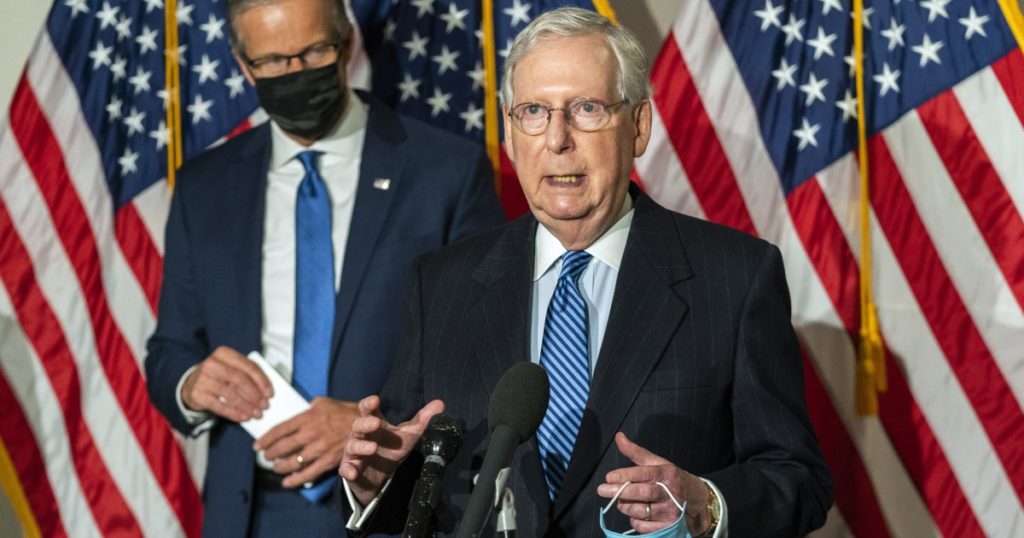 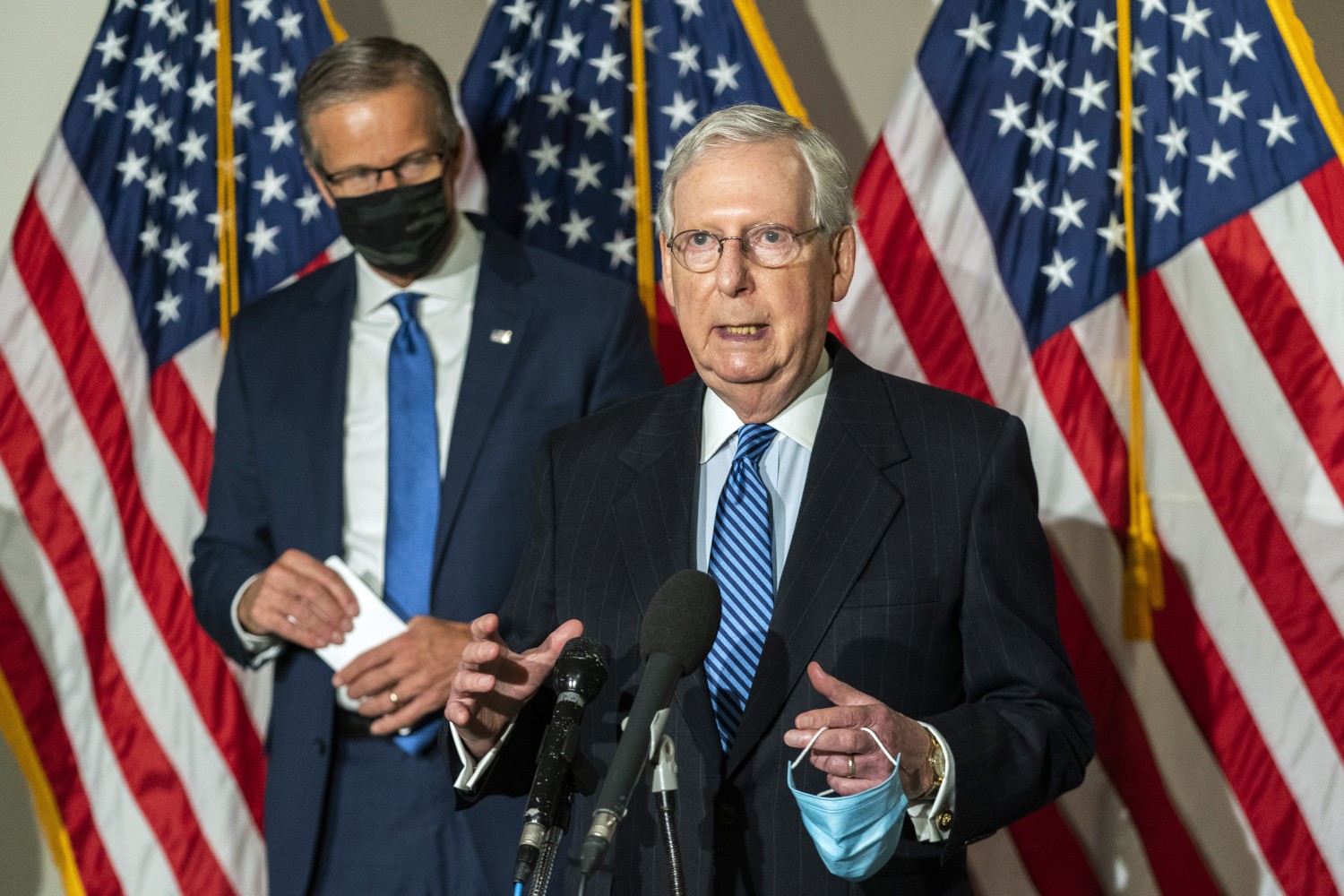 Pressure is building on Congress to pass another economic aid package before the end of the year, and Democratic and Republican leaders said Thursday they’re hopeful a deal is possible.

But with only a few days left on the legislative calendar, it’s far from certain that optimism will lead to actual relief for millions of Americans who stand to lose pandemic-related assistance after Dec. 31.

Lawmakers have become increasingly panicked about leaving Washington for the year without providing another round of assistance as coronavirus cases and deaths surge across the country, and hospital intensive care units overflow.

House and Senate leaders have discussed attaching a short-term extension of some aid, such as expanded unemployment insurance, to a government spending bill that must pass by Dec. 11 to prevent a government shutdown.

But major issues remain, including how much money to provide and where to spend it.

Pelosi and Senate Minority Leader Charles E. Schumer (D-N.Y.) embraced a compromise $908-billion package proposed this week by a bipartisan group of representatives and senators, backing down from their previous insistence on a $2.1-trillion package.

“Let’s use the bipartisan framework, developed by eight senators from both sides, as our starting point. We have precious little time left before the end of the year, and the country has some desperate needs,” Schumer said on the Senate floor Thursday.

Although the full text of that compromise bill has not been written, it is expected to include a second round of Paycheck Protection Program loans for small businesses, 18 more weeks of federal unemployment insurance at $300 rather than $600, as well as money for food assistance, student loan payment deferrals, child care and vaccine distribution.

But it does not include direct cash payouts to individuals, like the $1,200 checks in the CARES Act, or paid family or personal leave, which has allowed people to care for sick loved ones without losing their jobs.

It also includes a moratorium on liability lawsuits if a customer or worker gets sick at a business, and $160 billion in funding for state and local governments, a major sticking point for many conservatives, including McConnell.

McConnell appeared to dismiss the compromise bill when it was announced Tuesday, telling reporters, “We just don’t have time to waste time.” But said on Thursday that “compromise is within reach.”

McConnell is circulating his own proposal, similar to the $500-billion plan that has twice failed to pass the Senate, which includes protections against coronavirus-related lawsuits, about a month of extended unemployment insurance and more Paycheck Protection Program loans. House Minority Leader Kevin McCarthy (R-Bakersfield) has said McConnell’s proposal should be the base line for negotiations, not the compromise deal backed by Pelosi and Schumer.

When asked about McConnell’s proposal, President Trump told reporters Thursday that he supports a deal. “I want it to happen. And I believe we are getting very close to a deal,” he said.

Senior Senate Republicans, including allies of the president, have given the compromise proposal measured support in recent days. After meeting with Trump at the White House, Sen. Lindsey Graham (R-S.C.) told reporters he supports the compromise bill and is optimistic the president will support it once it is fleshed out.

“I have never been more hopeful that we’ll get a bill,” he said.

Sen. Charles E. Grassley (R-Iowa), chairman of the Senate Finance Committee, indicated he would be willing to support the compromise deal if the details were right.

“It’s a little high for me. But more important for me is the things that are in it, and if everything in it has some bipartisan support,” Grassley said.

For months, prospects for another economic aid package this year appeared poor despite pleas from economists and lawmakers in both parties that something more needed to be done to help millions of people out of work because government officials have ordered businesses to close amid the pandemic.

Whether a deal is possible this year will become clear in the next few days. Before members head home for the holidays, Congress also needs to approve the national defense authorization, which Trump has threatened to veto, and a spending authorization to keep the government from shutting down.

Much of the pandemic response approved by Congress in March through the CARES Act expires Dec. 31, including extra weeks of unemployment insurance for people who have exhausted the benefits their state offers, a ban on eviction or foreclosure from some properties, and a mandate that health insurance plans cover the cost of coronavirus testing.

The extra $600 a week in federal unemployment already expired in July and the Paycheck Protection Program has not been able to authorize new loans since August.