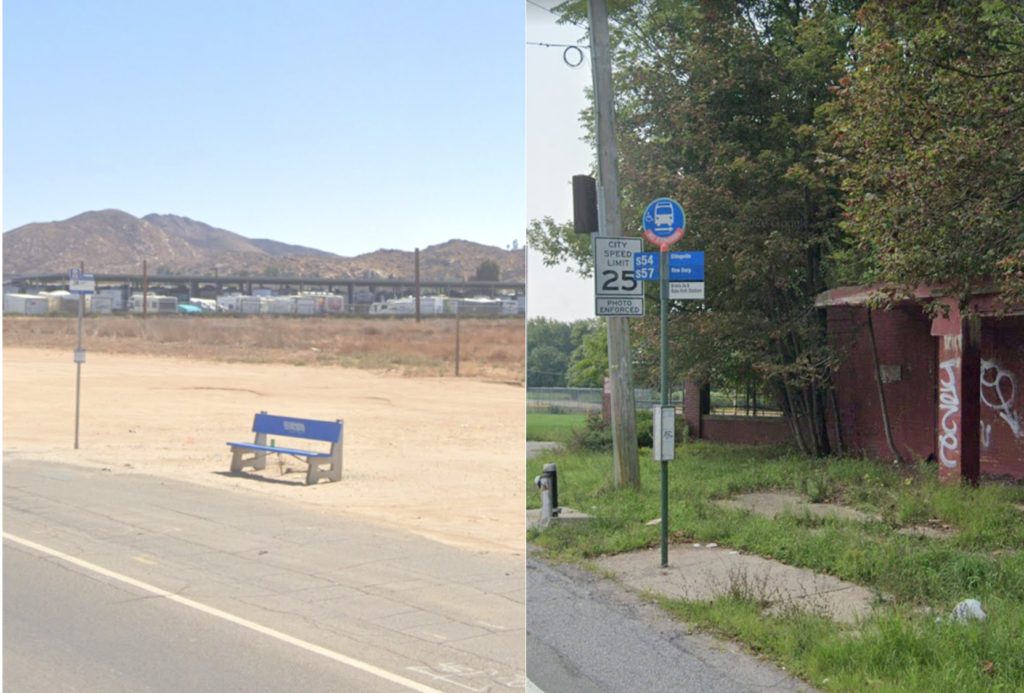 This is the final first-round matchup in the Sweet 16 round of our annual Sorriest Bus Stop contest (voting continues through Tuesday at 4 p.m. Eastern). In the first half of the competition, Narberth demolished Trenton, Quebec City advanced to the Abominable Eight with a complete destruction of Philadelphia, New York City borough Queens devastated the Virginia city of Lynchburg, and Pittsburgh bested Littleton.  The second half of the showdowns kicked off when the Windy City prevailed in the battle of Chicago vs. Waltham,  followed by Orinda’s massive devastation of Boise and Albuquerque’s complete takedown of Denver; you can follow the full bracket at the bottom of the post.

We’re closing out our final bout in the Sour Sixteen with a philosophical question: is it worse to get stuck baking in the sun while you wait for your bus, or to worry about a creepy stranger lurking in the shadows behind your stop?

Today, we’re exploring how illumination impacts the American transit experience, and challenging agencies to stop leaving the public in the dark about how to request a better bus stop.

Let’s take a moment to shine a light on what public transportation commuters deal with every day — and finish out the first round of voting strong.

Some might say the mere presence of a bench automatically disqualifies a stop for the title of Sorriest in America. This may interest you : Finally, a Chance for Environmental Justice – Streetsblog California.

But what if that bench is slung on the side of a hot desert highway?

Located in a small town near Riverside, Calif., the five-lane state road that this sunny stop sits astride is at least technically signed for 25 miles per hour … but only when the nearby high school is in session. Yes, Streetsbloggers, you’re looking at a sorry school zone — though we can’t imagine many teenagers would be psyched to wait on this unsheltered patch of sand.

Nominator Brandon actually attended the high school in question (go Patriots), and says hanging out in this “desolate dirt field” is about as luxurious as it looks. There’s also no sidewalk to reach it — though they add that during a recent construction project, things got even more dire.

Woof. That sure doesn’t look like a safe route to school to us … and suffering from exposure on the way home from class doesn’t sound like a lot of fun. 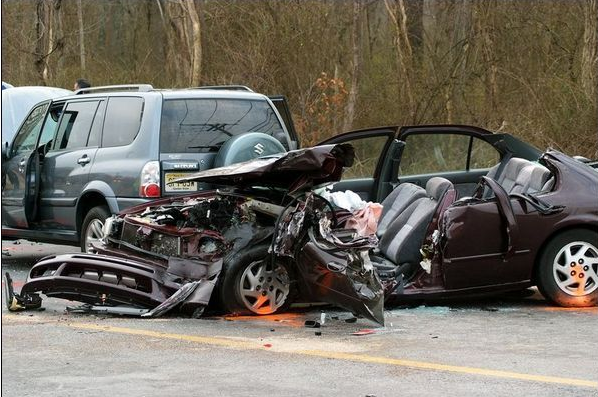 If you can’t tell from the subheading … we’re closing out our Subpar Sixteen on a bit of a dark note. See the article : What Happens to Streets Post-Pandemic? – Streetsblog California.

Located in scenic Staten Island, N.Y. this sorry stop at least sits on a 25 mile per hour road with just two lanes, and photo speed enforcement to boot. (Though no luck on a sidewalk … and not a lot of luck on getting a landscaper out to trim that grass.) But some riders still might not feel safe there, thanks to the ominous inexplicable shack just behind it — perfect for giving Pennywise the clown a place to lie in wait.

But on a serious note: violence against women and nonbinary people in the public realm is a huge issue when it comes to transportation access of all kinds, and it’s pretty much gender-aware planning 101 to make sure your bus stops are well-lit and highly visible to passerby.

Nominator Shaul (who is something of an expert on transit in the greater New York City area, though he also nominated the sorry stop in Waltham, Mass.) wondered whether the hut o’ horrors might have once been intended to serve as a bus shelter, though we’re not so sure who would be willing to use it, given that it’s located so far back from the road…and given that it looks like the first place a serial killer might think to stash a body.

For extra creep factor, Shaul notes that this stop is located immediately adjacent to an abandoned tuberculosis hospital nicknamed “The Hospital of the Damned” — no, really — in addition to a baseball field, a playground, and a nursing home. It’s also been highlighted in Staten Island’s local edition of sorriest bus stops, so this one’s got a bit of a reputation already.

Alright, friends, it’s time to let us know: would you rather soak up the California sun, or explore your dark side in New York? Polls will close on Tuesday, March 30 at 4 p.m. Eastern time.

Here’s the full bracket so far: 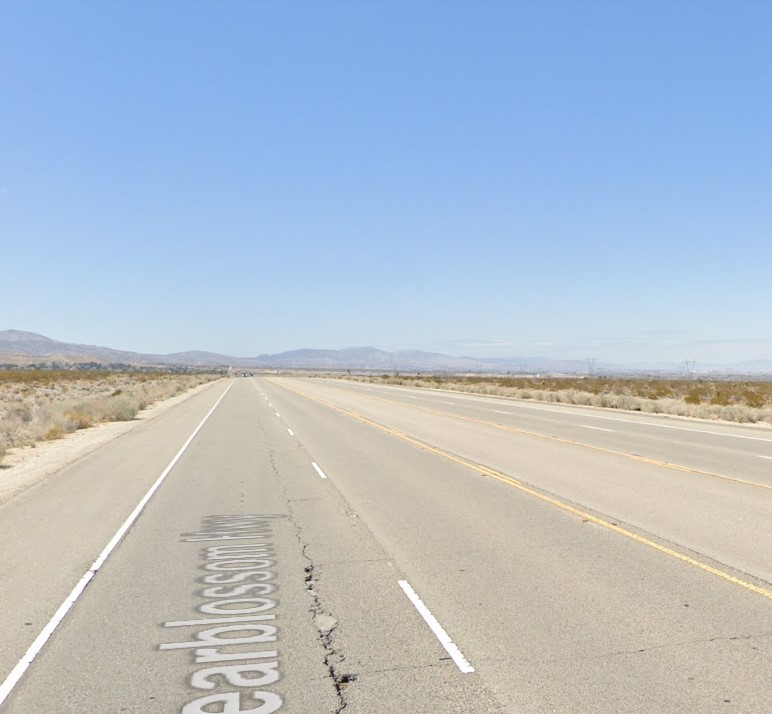