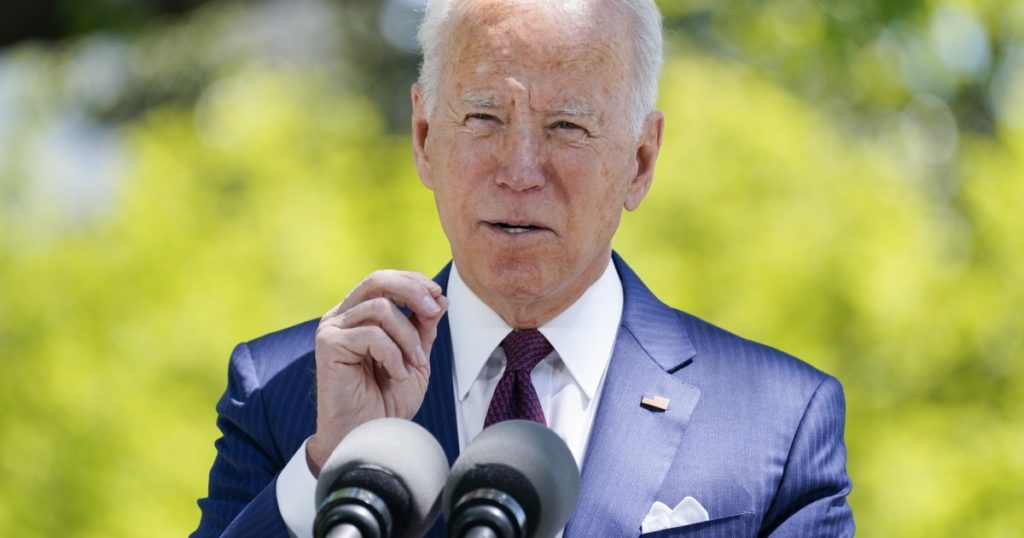 The scope of President Biden’s American Families Plan, which will be formally unveiled in a nationally televised speech to Congress on Wednesday evening, has been described in terms of unalloyed awe.

It’s called “sweeping,” “sprawling” and, more mildly, merely “ambitious.” Democrats call it “big” and “bold,” Republicans label it “radical” (and they don’t mean that as a compliment).

Placing it in historical terms, the plan is all that and more. It’s the first concrete recognition by a president in more than a generation that social programs shouldn’t be classified as spending, but as investing.

The Biden White House says so explicitly, referring in a fact sheet distributed in advance of the speech to a 2016 paper by Jorge Luis Garcia and James J. Heckman of the University of Chicago, along with colleagues at USC, which estimated that every dollar spent on an early childhood education program returned $7.30 in gains.

It’s worthwhile to consider how novel a concept expanding the social safety net is for the vast majority of Americans. Some 70% of the population was born after 1965. That’s the year that Lyndon Johnson’s Great Society, consisting of Medicare and Medicaid, was enacted in the last major expansion of the safety net.

Since then, conservative critiques of social spending have taken center stage in American politics. In part that was because such spending was seen as an instrument to expand Democratic Party support and therefore opposing it became a partisan imperative.

Most Americans, then, have been guided to view social spending as takeaways from the haves and giveaways to the have-nots, without longer-term benefits for all.

“Conservatives invariably attend to policy initiatives designed to cripple Democratic power,” Jerry Taylor, a libertarian who is a founder and president of the centrist Niskanen Center, wrote last year in a piece instructing Democrats how to wield political power like the GOP.

“Right-to-work statutes, public-employee contracts, campaign finance regulation, the promotion of conservative judges: all are top priorities for a right that understands the long-term political advantages that accrue from hobbling muscular Democratic constituencies and the future scope of liberal lawmaking,” Taylor wrote. “Democrats, on the other hand, rarely spend political capital on these matters.”

Biden’s proposal turns that history on its head. “Popular programs have often boosted both popular support and participation, strengthening democracy and creating a public constituency in favor of future action,” Yale political scientist Jacob Hacker, who referred us to Taylor’s article, observed this week.

Hacker pointed to Social Security, the postwar G.I. Bill (which paid for college educations for returning veterans) and Medicare and Medicaid as programs that created or expanded constituencies for social investment.

Hacker identified a key flaw in previous Democratic social spending as its relative invisibility to the beneficiaries.

“Polls done before the 2010 midterm — in which Democrats lost the House and lost their filibuster-proof majority in the Senate — showed that few Americans were even aware that their taxes had been reduced by Obama and his Democratic allies,” he wrote.

By the same token, the benefits of the Affordable Care Act, beneficial as it has been to 20 million Americans who gained health coverage through its provisions, vanished into its complexities.

Biden’s proposal is designed to make sure that Americans are fully alive to its benefits. “Sprawling” as it is, the plan can’t easily be summarized, though its individual features are relatively easy to comprehend.

Among its major provisions are preschool for all 3- and 4-year-olds and two years of free community college; support for low- and middle-income families to limit their child-care costs to no more than 7% of their income; and expanded tax credits for lower-income families, especially those with children.

The plan calls for 12 weeks a year of paid parental, family and sick leave, covering at least two-thirds of average weekly paychecks and as much as 80% for low-income workers, and expands government support for free meal programs for all students in schools in high-poverty areas.

On the revenue side, Biden proposes a host of radical — yes, radical — changes in the treatment of wealth and income of the affluent.

Referring to a recent study finding that tax evasion was rife among the 1%, Biden says he would expand reporting on financial accounts and invest $80 billion to increase the Internal Revenue Service’s enforcement capabilities, an infusion the White House says would yield $700 billion in otherwise dodged taxes over 10 years.

The plan would restore the tax rate on the top federal income tax bracket to 39.6%, its level before the 2017 tax cut enacted by a Republican Congress and President Trump lowered the rate to 37%.

Biden would eliminate the notorious “step-up basis” in capital gains. This provision allows wealthy families to permanently avoid capital gains taxes on assets by revaluing them to their price at the time of their owner’s death, rather than the price at which they were acquired.

Make no mistake: This plan is a direct challenge to the political structure that has prevailed in the U.S. for more than half a century, during which wealth inequality has grown apace.

The trend has been deeply corrosive to the social and political structure of the country: The more the middle and working classes feel they’re working ever harder just to keep in place or even fall behind economically, the less they see social programs as broadly beneficial, rather than raids on their own meager resources to be handed over to the less deserving.

The concept of “rugged individualism” as preached by Herbert Hoover was always largely a scam designed to protect the rich and their concentrated wealth.

As Adolf Berle, a member of Franklin Roosevelt’s brain trust, put it before FDR’s election, “When nearly 70% of American industry is concentrated in the hands of 600 corporations … the individual man or woman has, in cold statistics, less than no chance at all…. What Mr. Hoover means by individualism is letting economic units do about what they please.”

Hoover’s conception returned as a driving principle of American politics in the last few decades of the 20th century. Biden’s family plan may start the process of laying it to rest once again, and rebuilding America for the 21st.