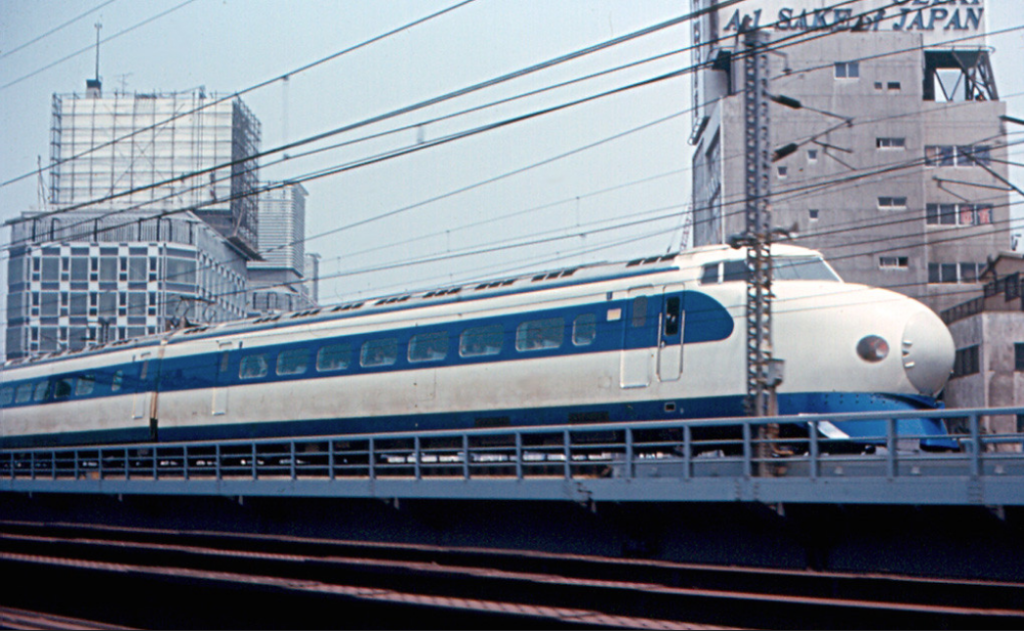 It was called the yume no chotokkyu–the “super-express of dreams” when the Japanese launched the world’s first high-speed rail line, completed just in time for the Tokyo Olympics in October 1964. The Tokyo to Osaka line was built in stops and starts, against fierce opposition, beginning in the 1940s. But its champions declared it would be completed in time for the games. And they did it.

President John F. Kennedy had delivered his famous moon speech just two years earlier, in 1962, committing the U.S. to landing on the moon “before this decade is out.” Six years later something previously thought impossible happened: astronauts orbited the moon. A year after that, in 1969, they landed on it.

When Japan committed to finishing its now-famous bullet train and when JFK committed the U.S. to going to the moon, it’s difficult to overstate how doubtful and challenging both projects were: neither had ever been accomplished before.

But both projects showed the value of leadership, deadlines, vision, and commitment to getting big things done.

Today, thanks to the enormous success of the Japanese bullet train and the example it set, high-speed rail carries millions of people around the world on fast, safe, and efficient electric trains traveling at over 200 miles per hour. The United States remains one of the only developed countries with no real high-speed rail. In 2008, California voters passed Proposition 1A to begin building and planning the nation’s first line between Los Angeles and San Francisco. Since then, as with the Japanese Shinkansen, the project has faced multiple setbacks, including intense political pushback from oil interests that want to maintain their near-monopoly on American transportation. And despite the best efforts of Republican politicians and the previous presidential administration to sabotage it, the line is now well under construction, with over 100 miles of right of way rapidly being created across the Central Valley.

But there’s always been something missing: a political champion for getting it connected all the way from San Francisco to Los Angeles who’s willing to commit the state to a deadline.

In 2028 Los Angeles will be hosting the Olympic Games. Emulating the Japanese of 1964 and unveiling California’s high-speed rail line against the backdrop of the Olympics would be a phenomenal achievement for both California and the United States, kickstarting its commitment to cleaner intercity mass transit for the 21st Century. Admittedly, this is ambitious, considering how much the project has struggled to make progress and given wavering public confidence. But the timing for such boldness is perfect: the project is now well under construction and President Joe Biden and Transportation Secretary Pete Buttigieg strongly support investment in high-speed rail.

But it needs that JFK-style leader to commit to the Olympic deadline.

If the U.S. could go to the moon in the span of six years, surely it can build a rail line from Bakersfield to Los Angeles Union Station in seven–that’s the most challenging gap to fill to provide a fast, one-seat ride from the Bay Area to Los Angeles in time for the Olympics.

And if a half-century after the moon landing the U.S. can’t do that much before this decade is out, what does it say about its future as a world power?

Let us show the world that California and the United States are still home to innovation, ingenuity, and a can-do spirit–use the Olympic deadline to demonstrate that the U.S. is still a country that gets things done.

***
Chris Jones is an Irvine-based advocate for passenger rail.