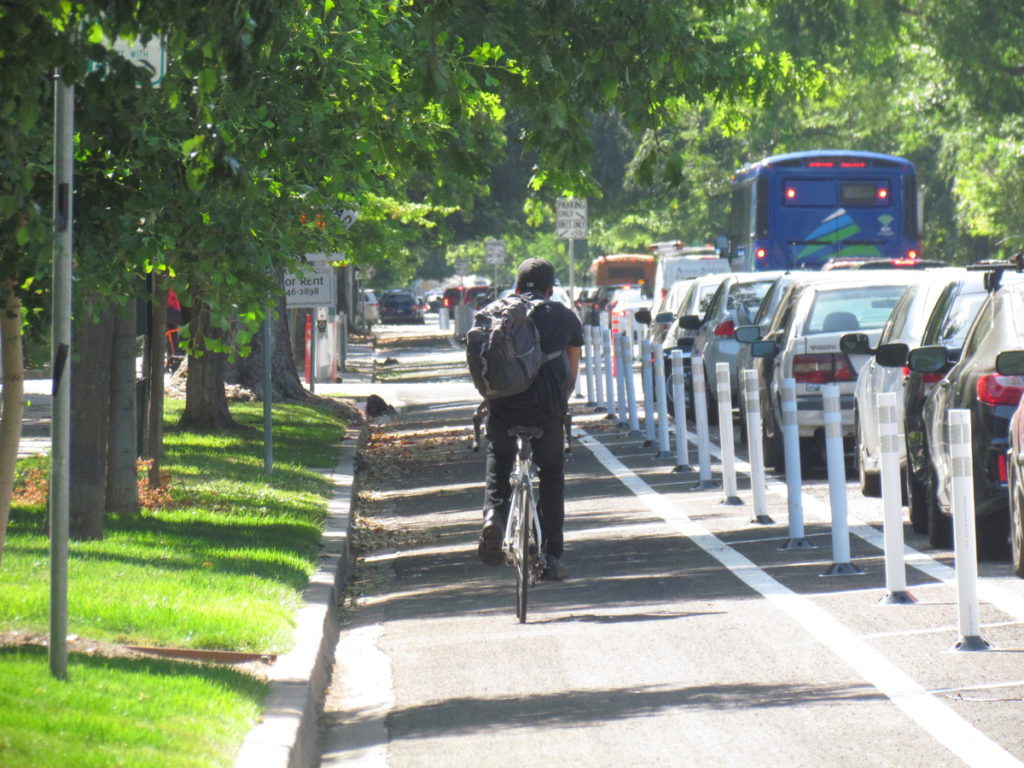 Negotiations over $4.2 billion in voter-approved High-Speed Rail funds came to a halt last week, and that meant that a number of unrelated programs that were slated to receive some of the general fund surplus will not get that funding.

That means no $500 million bump for the Active Transportation Program, where staff were poised to allocate extra funds to projects that have already applied, scored highly, and were not awarded money because there wasn’t enough in the program.

It also means an offer to add about $1 billion to transportation improvement projects in L.A. for the 2028 Olympics is off the table.

These were among $3.3 billion investments proposed as part of Governor Newsom’s $11 billion California Comeback Plan. These ones were marked with a provision inserted into the budget bill that required further legislation before the end of the session – which, because of legislative deadlines, effectively means today, even though the legislature does not close until Friday – or their funding would revert back to the general fund. That further legislation was meant to include agreement on the $4.2 billion in High-Speed Rail Bond funds that the High-Speed Rail Authority had requested earlier this year.

Those negotiations ended last week, effectively shutting off the programs. The opposition from legislative leaders – in particular Assembly Transportation Chair Laura Friedman, Assembly Speaker Anthony Rendon, and Senate President Toni Atkins – to releasing funds to the high-speed rail program became more important than the ATP and other transit programs that they purport to be in support of.

The money going back to the general fund includes:

While it’s possible that, come January, these funds might be revived, there’s no telling whether the state will continue to enjoy a surplus like it did in this unpredictable year. And until next week or so, there may be no telling who will be Governor, or whether there will be a champion for California High-Speed Rail, at the Capital.