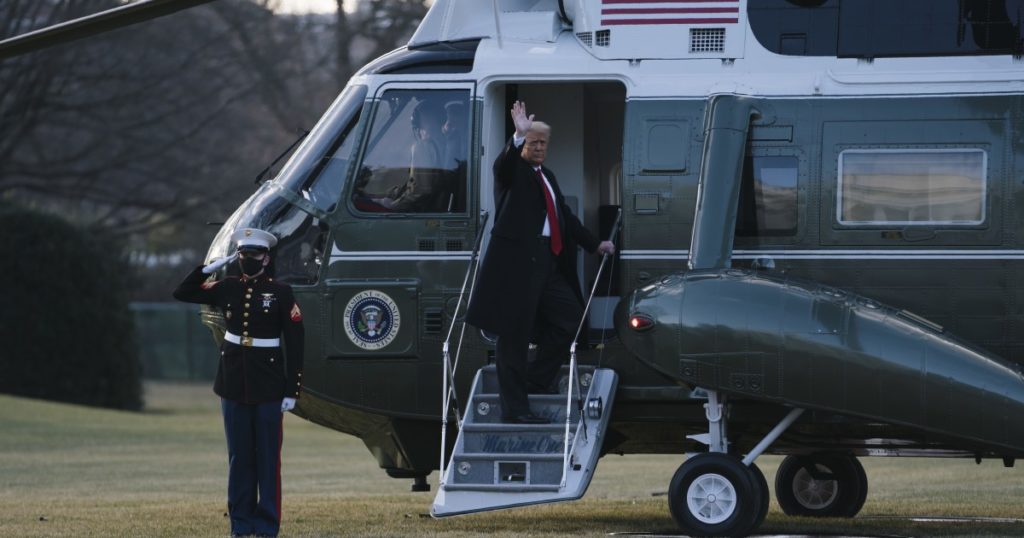 For a while, Donald Trump seemed like a new breed of human predator — a mutation, singularly adept at scavenging, dismembering and devouring.

For four turbulent seasons on the D.C. savanna, it looked like he might overcome an entire ecosystem’s delicate balances and hold dominion over all.

But the mutation — Trump’s formidable greed and solipsism — was not, in the end, selected for. No one primate can push evolution on its own, and Trump was a breed of one. He needed not just his running buddies but also an ironclad pact with true compatriots and even humankind; he never got that.

When Trump started eyeing even Mike Pence for dinner, siccing his minions on his most loyal beta and other packmates in the Capitol building on Jan. 6, that’s when he devoured himself.

Trump’s demise seems fated. But at any moment over the last four years, it was impossible to predict whether he’d pull through and subjugate enough people and property that he could hold on to enduring power.

To survive and sustain a despotic regime requires imagination, spontaneity and solidarity, and who can tell in real time which erratic adaptations of one human being will pay off? What’s more, survival depends on environmental conditions, including a pandemic, available resources and the will of the collective. These things are fickle.

When Trump wished President Biden luck in a video farewell address, emphasizing that “luck is a very important word,” he was also registering what he himself was out of. Though a vaccine was freshly available, and the stock market has been on a capricious high, Trump was mired in disease, debt and death. Even after he contracted COVID-19, he rejected the the core principles of virology. Hardly a promising survival strategy.

As to his pack, there was that band of Trumpites — driven by a ragbag of beliefs and under the flag of a leader who had lost his fight two months earlier (or of the Confederacy, which lost its fight 156 years ago) — that laid siege to the Capitol.

The terrorists’ five-hour stand sought to hurt others but was only successful as a suicide mission: They crowded together, unmasked, in clouds of war whoops and deadly microbes. One cop died, though the event was staged by police buffs. One of the terrorists was shot and killed; three others died in medical emergencies. The FBI has made at least 100 arrests and opened hundreds more case files, promising to pursue every marauder it could identify. In its first bid for real-world power, the movement proved it was unfit for the long haul.

As Trump was slinking off the national stage with a whimper and Biden was sworn in as the 46th U.S. president, even 45’s last-gaspers, who had hoped for a miracle, had to concede they were licked. And so was he.

According to the New York Times, the Proud Boys, Trump’s brownshirts who just last month had posted “Hail Emperor Trump” on their message boards, now used the same medium to call him a “weak,” “a total failure.”

Over on message boards for devotees to QAnon, the gnarly cult that imagines Trump as messiah, defeat had also set in.

“We all got played,” one QAnon poster acknowledged. Trump had not prevailed at the last minute and cast the lizard people into lakes of fire, or whatever the cult members had been loopily promised by their internet leader Q.

As it happens, “no plan” was also the horrifying discovery made by the Biden-Harris administration as it took office and went to work organizing distribution of the COVID-19 vaccine. What the new president set out to organize was not even disorder. It was a void. In response to a crisis analogous to war, the Trump administration’s effort was entirely made of hot air and kited checks. No resources. No personnel. No plan. No Q. No nothing.

At his snippy airport send-off, Trump told the audience to “have a good life” — the spiteful words of a spurned boyfriend, as the journalist Karen Attiah noted on Twitter. He added, with the glint of a stalker, that he’d be back “in some form.” But that was all he could come up with for those ignoble few who were still fighting to pretend Trump wasn’t out after one term and despised by most of the nation.

When the cameras turned to the small crowd, it seemed Trump had lost everyone but the family he had bent to his will, the defeated lion’s pride: Melania, Ivanka, Eric, Don Jr. and Tiffany, and their own opportunistic hangers-on.

Only Barron, Trump’s youngest child, who now towers over his father, was missing from the shot. What to make of his absence? Maybe nothing. Or maybe there is one Trump child who is at least incipiently willing to defy his father, recognizing that the Q slogan “Where we go one, we go all” has finally led Trump and his worshipers to their ruin.