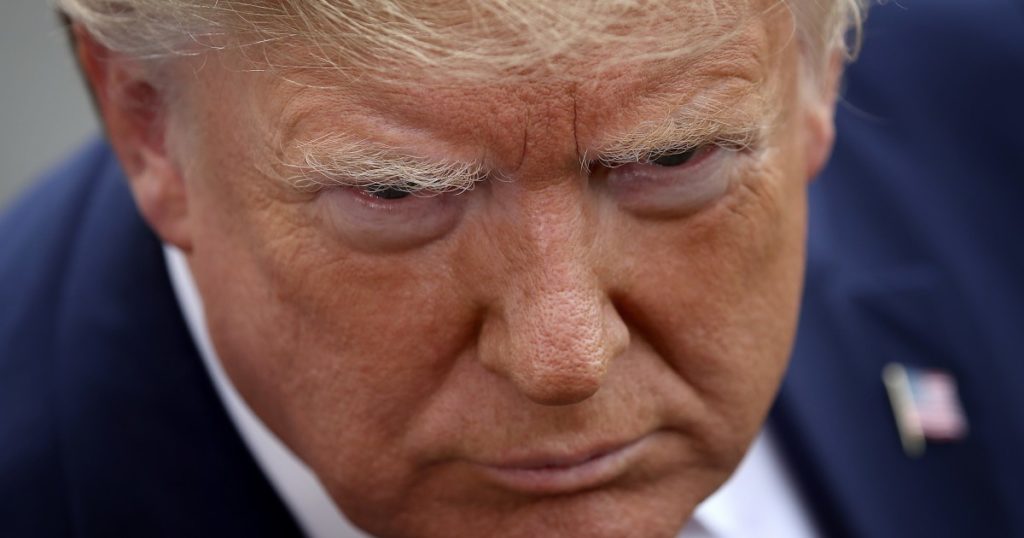 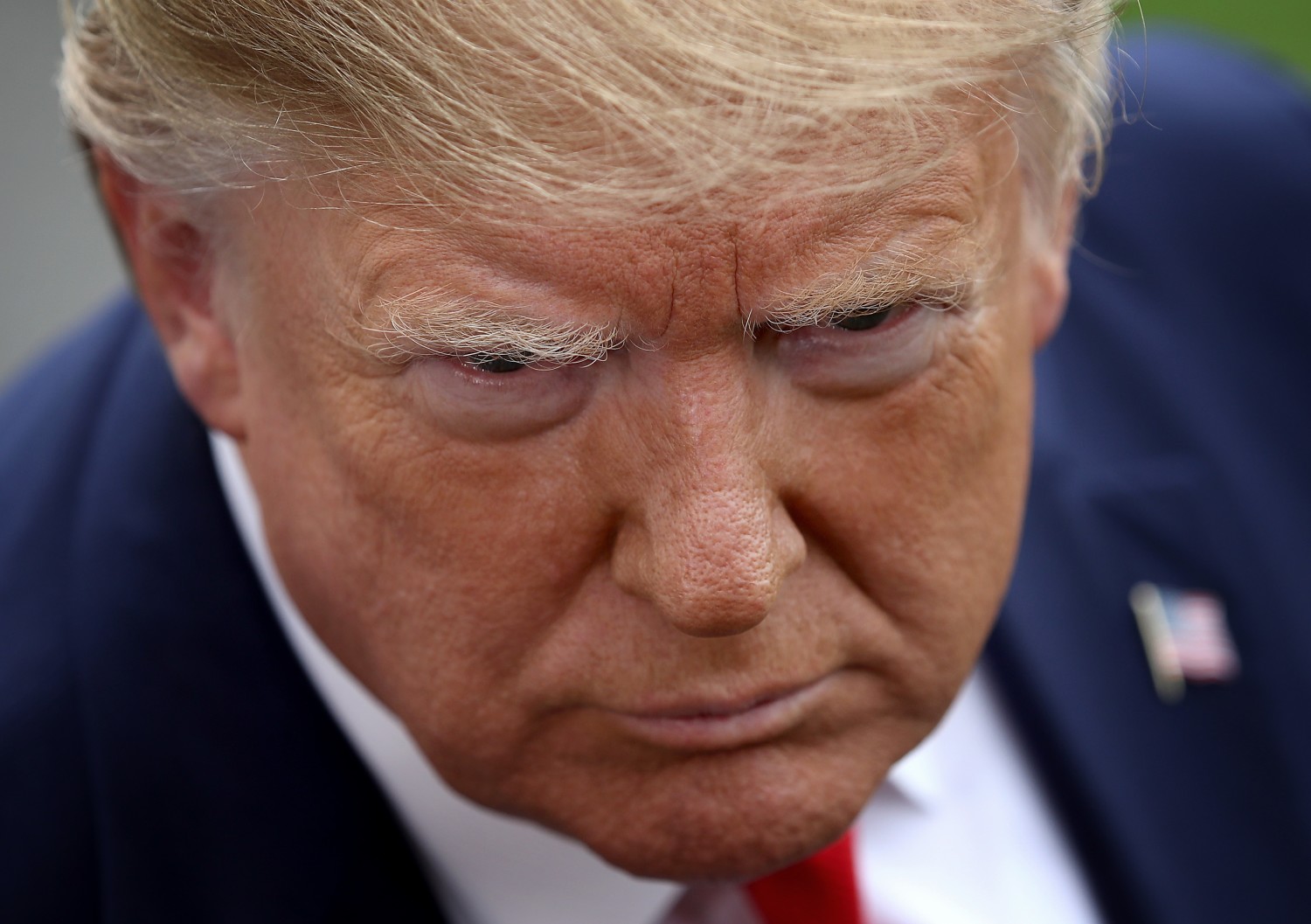 There’s a mental phenomenon known among gamblers as tilt. It’s a brain-hijacking that happens after an ego blow. Rather than taking a break, a gambler on tilt becomes absolutely convinced he should have won the hand or the slot-machine tug. He starts to risk greater and greater sums of money to offset shame, regain honor and prove he was right.

Don’t try to reason with a tilting brain. As a wild-eyed gambler’s losses compound, he won’t be stopped. Hit me, hit me, hit me.

This is the Republican Party right now.

On Wednesday, House Republicans voted to strip Rep. Liz Cheney (R-Wyo.) of her role as chair of the House Republican Conference, the third-highest position in party leadership in the House.

Much hay has been made of the Republicans’ reasons for doing this. And indeed Cheney, who keeps denouncing the big lie about the legitimacy of the 2020 presidential election, is not in lockstep with the party, which tends to adore the stolen-election trope.

But, really, like gamblers on tilt, they’re just not being rational.

A marquee ideological neoconservative, daughter of a former vice president, and thus a household name, Cheney had held the position of conference chair since 2019. Her caucus had long admired her for her fiscal and social conservatism and her foreign-policy experience, as she served in several key State Department positions under Bush.

So why in the world would Republicans — eager for a comeback after former President Trump’s November defeat — cancel her?

This is a question without a sensible answer. Sure some were given. Rep. Jim Jordan (R-Ohio) told CBS, “You can’t have [Cheney] attacking the leader of the Republican Party [Trump].”

But House Republicans are not being rational. They’re acting out of the card-table compulsions that have come to define their despairing caucus.

By every metric, they’re on a vicious losing streak.

They’re stuck in the minority in Congress, and they lost the White House and the Senate six months ago. They’re struggling with the disgrace brought on them by the twice-impeached, one-term former president whom many still inexplicably consider the party leader.

They’re stigmatized with the catastrophe of the bloody attempted coup in Trump’s name at the U.S. Capitol. And they’re bitter about the popularity and successes of the Democratic President Joe Biden.

Their attempts at reviving their tired culture war — over Dr. Seuss or “cancel culture” or “woke capitalism” — seem to be leading nowhere.

On top of all this, prominent Republicans keep falling hard from grace.

Trump favorite Rep. Matt Gaetz (R-Fla.) is under investigation by the Justice Department for potential violations of sex trafficking laws. He denies wrongdoing.

Another Trump favorite, Jerry Falwell Jr., has been kicked out of Liberty University, where he was president, amid allegations that he and his wife engaged in a sexual relationship with a one-time pool attendant.

Then there’s Trump ultra-favorite Rudolph W. Giuliani. Last month, the FBI conducted a high-profile raid of Giuliani’s apartment and office, escalating the Justice Department’s investigation into the president’s former personal attorney and what exactly he was doing in Ukraine a few years back.

And then on Thursday, according to the Wall Street Journal, prosecutors in New York subpoenaed documents related to Allen Weisselberg, Trump’s close confidant and his company’s longtime chief financial officer, in a move among others widely believed to be putting pressure on Weisselberg to cooperate in the Manhattan district attorney’s investigation of the Trump Organization.

In the words of Norm Eisen, former ethics chief under President Obama, such developments “signal turbulent waters ahead” for the Trump crowd. For Republicans, it must feel like nothing but “bad beats” — the unfair losses that gamblers complain about in bars until they’re blue in the face.

But good grief, politics is defined by loss. Think of the Democrats in 2016. Though crushed, they began working to cut their losses, lick their wounds, reflect and correct course.

But Republicans seem to have lost that kind of resiliency. They will not step away from the Trump blackjack table, breathe some fresh air and devise a new strategy.

Instead, they are throwing good resources after bad, manically gunning for Trump’s enemies as if he were something more than a has-been living in Florida who is the target of one investigation after another.

In short, the hivemind of House Republicans has been seized by the delusion that if it keeps placing more and even bigger bets on one-term, twice-impeached Donald Trump — the most disgraced and disliked president in American history — this time the party will get its power back.

And more! Their dignity will come back. The private planes, the poll numbers outside their most rabid base, the righteousness, the adulation of the American people. Gaetz can go back to flaunting videos of semi-naked ladies on his phone (sources say), and Falwell can post more pix of his unzipped pants. Giuliani will be restored as America’s Mayor. And of course Trump will be back in office, the forever president.

Deal me in, the House Republicans are saying with the hit job on Cheney. Just one more hand. That’ll show everyone.

Mmmm, OK, Republicans. While you keep blowing it on delusions, the rest of us will be getting our vaccinations and rebuilding the economy. We don’t mess with gamblers on tilt.