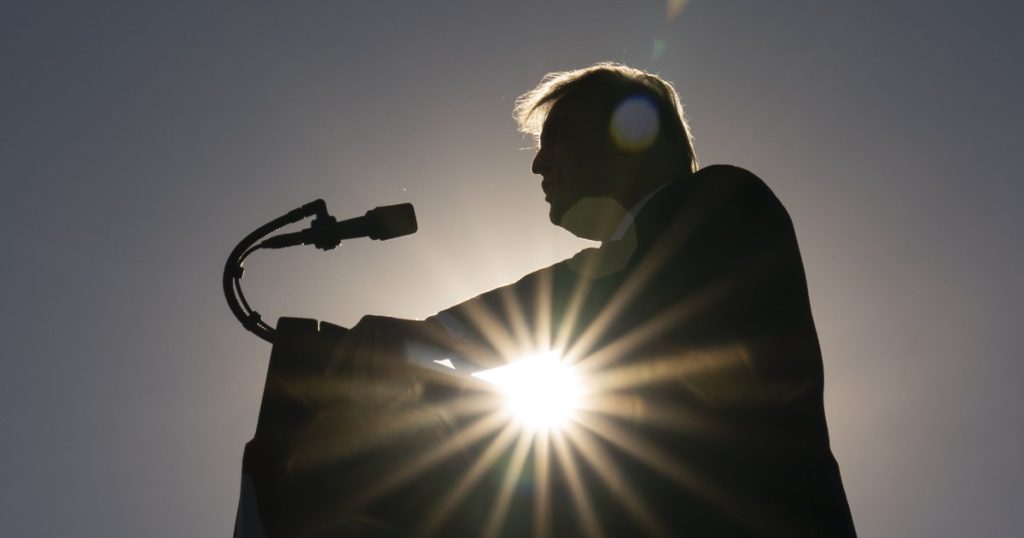 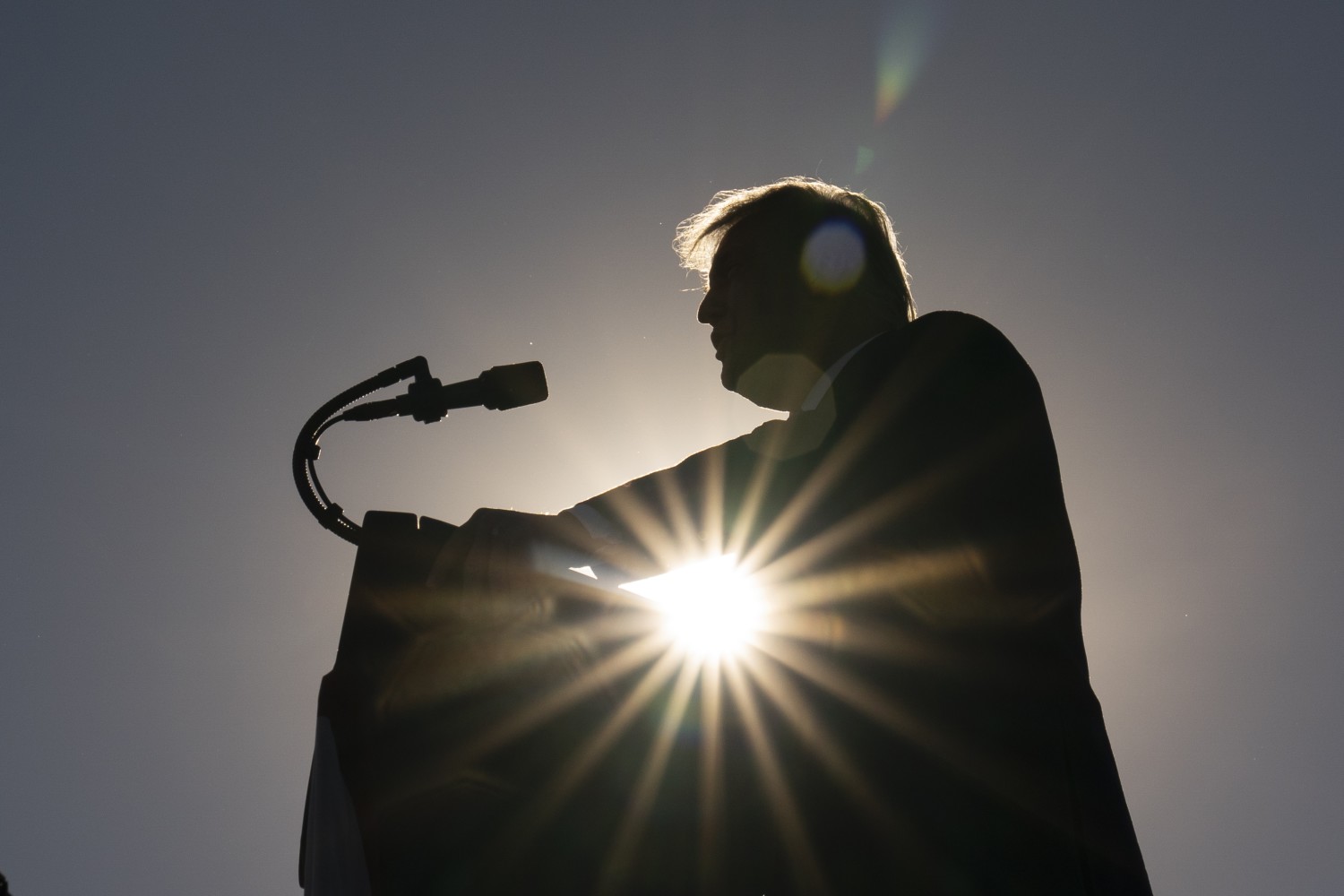 The two approaches to President Trump’s janky effort at a coup are equally vexing.

One is to simply refuse to use the word “coup.” It’s too alarmist; just not necessary.

On this logic, Trump and his witless jug band — the same ones who (say it with me) showed up at Four Seasons Total Landscaping beside a sex shop in North Philly when they planned on a glamorous hotel backdrop — are klutzes. They couldn’t coup their way out of a mulch pile.

We, the American majority who elected Joe Biden, should instead be like Joe, the self-assured winner, and treat the delusional Trump crew like a bunch of power-addled hyenas not long for this world.

It’s hard to remain that unflappable, though, when faced with an American president who refuses to accept the results of a clear-cut election. Panic is seductive; keeping calm is hard.

Wise elders are warning that nonchalance is exactly how democracy dies. You whistle in the dark, refusing to utter “coup,” trusting that American institutions will hold us in their loving arms — and then blammo.

The fail-safes fail, as they have so many times since 2016. Republicans in the Senate keep standing foursquare with Trump. Right-wing media insist the election belongs in the courts. The courts packed with Trump appointees gin up a pretext to install the man as our forever president.

This is the dire scenario conjured, or at least entertained, by Ezra Klein of Vox last week. “The current president of the United States, Donald Trump, is attempting a coup in plain sight,” he wrote.

We are, Klein claims, just too afraid to admit what Trump is trying for , however ham-handedly.

Indeed, the president has openly pined for “his” Supreme Court to find some rubbish way to disqualify votes for Biden. Atty. Gen. William Barr seems willing to turn the Justice Department into an IED designed to blow up the results of this election.

And though nearly 80% of American adults know that Biden won, according to a recent Reuters poll, serpentine influencers operating on Facebook are smearing Philadelphia, mail-in votes, antifa bogeymen. This is an obvious effort to dump doubt on American democracy. Enough doubt and the country is never again seen as reliable by its allies or formidable by its enemies.

Deep in coup-xiety, you can catastrophize even more. Trump’s off-with-your-head firings of top Pentagon officials, including Mark Esper, secretary of Defense, is ominous. His replacement of the Pentagon’s leadership with political hacks is more ominous still. During your most extreme 4 a.m. cold sweats, you can see him releasing the Proud Boys and even commandeering the police and the U.S. Army.

Of course, there is no evidence that any of this will happen. Asha Rangappa, Yale legal scholar, has noted that Trump’s flailing smacks more of a cover-up than a coup. Instead of issuing orders to generals, Trump’s recruiting some of his most cockeyed worshipers.

One of the new Pentagon appointees is Kashyap Patel. As a staffer for Rep. Devin Nunes (R-Tulare), Patel was reportedly primarily responsible for the infamous Nunes memo in 2018, a malicious fantasia that accused the FBI and the intelligence community of bias against Trump. A year later, according to reporting in Politico, he was in a new job at the National Security Council when he stepped out of his lane (counterterrorism) to stoke Trump’s belief that Ukraine, not Russia, meddled in the 2016 election.

Trump is turning to toadies. He’s not commanding armies. So maybe as we choose a position between nonchalance and terror, set the dial to realism.

Yes, Trump’s subversions are tilting toward a full-fledged campaign to bomb our democracy into oblivion. But, without military involvement, “bomb” is just a metaphor and the campaign doesn’t stand a chance of success.

We’re in for a rough “transition.” The Trump administration will gnash its teeth, litigate with abandon and try to make its devotees believe that rain falls up. Republican leadership will be cowardly. But in January, Joe Biden will be inaugurated as the 46th president of the United States.

In that moment, Trump will be removed. He can dream of a coup all he wants, just as he can dream he won the election. Or that he is a stable genius or the greatest president since Lincoln. But he won’t be doing his hallucinating in the Oval Office anymore.

As the Biden campaign said in a statement last week, “the United States government is perfectly capable of escorting trespassers out of the White House.” And the American people are perfectly capable of acknowledging what’s vexing about Trump’s trespasses but remaining clear-eyed and panic-free for the duration.