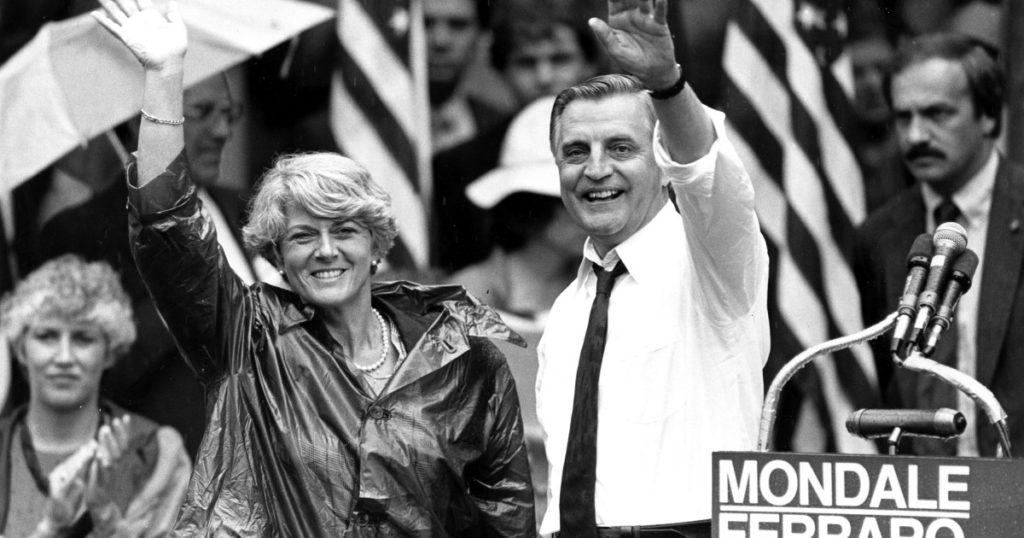 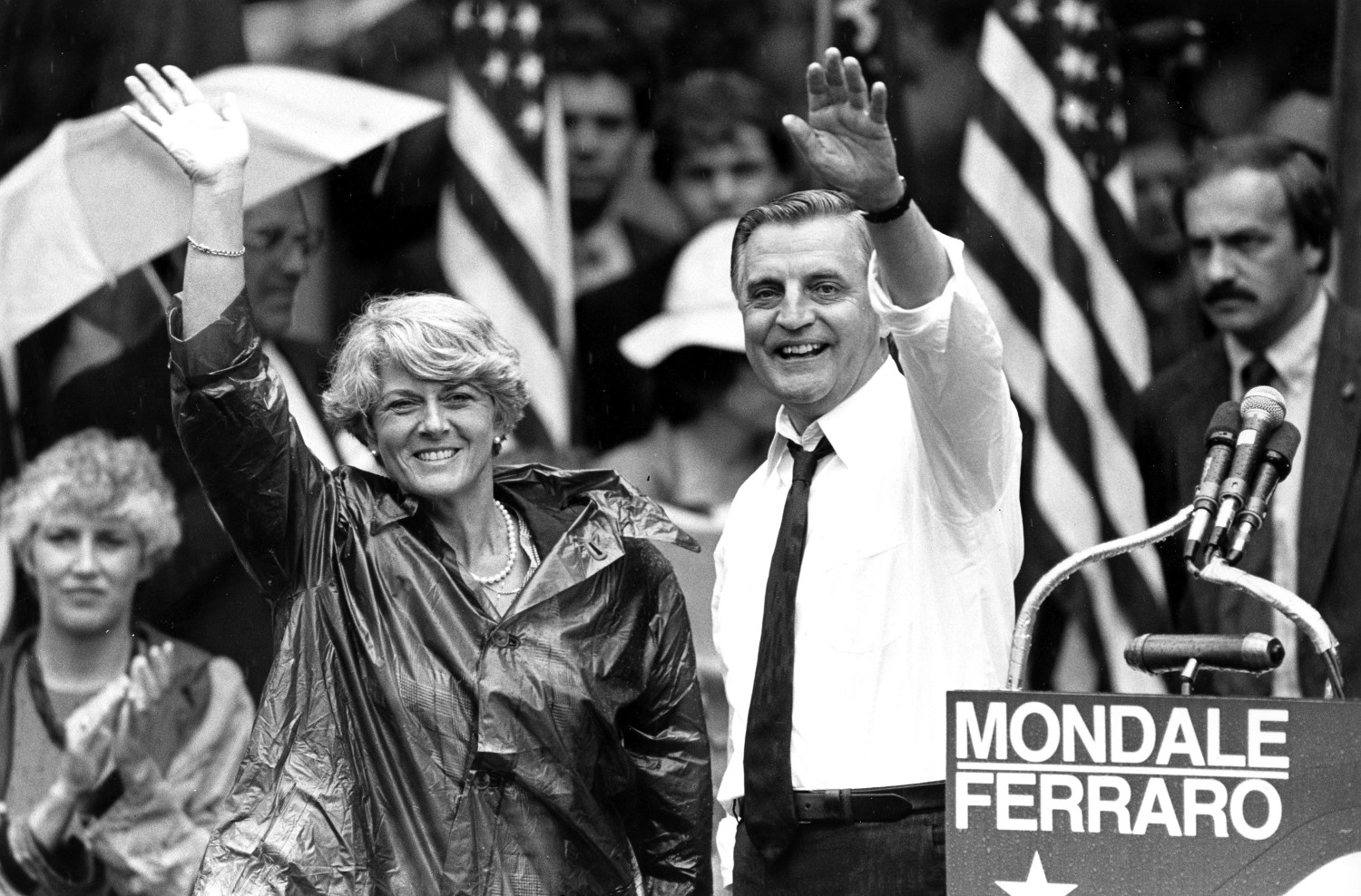 The first presidential campaign I volunteered for was Walter Mondale’s, in the summer of 1984. I was short of voting age, but standing outside an old New England Grange hall, handing out Mondale-Ferraro brochures, I understood the intoxication of political idealism. One commitment in the pamphlets was especially snappy: “Making the rich pay their fair share of taxes like everybody else.”

When Mondale, who died Monday at 93, lost resoundingly that November, I also understood crushing defeat. The one good thing about an election year in which your candidate wins only his home state and the District of Columbia — the electoral college tally was 525 to 13 — is there’s no fuss about a recount.

Ronald Reagan was reelected in a tsunami that year, and in retrospect it’s hard to imagine his tide could ever have been stemmed. He entered his second term with a 62% approval rating.

It was also true, even to a gimlet teen eye, that Reagan somehow seemed to lift the notorious 1970s drear. His sunny vibe was a reproof to the Carter-Mondale era, which I came to associate with “grime” movies such as “Taxi Driver,” “Carnal Knowledge” and, good gravy, “Looking for Mr. Goodbar,” in which Diane Keaton’s character endures repeated rapes, and then she is murdered.

By 1982, we got “Annie”— jolly kids’ fare — and from there it was a smooth ride to the greed worship of “Wall Street” and the happy jingoism of “Rocky IV.” Reagan spokesmodeled for the menacing “military-entertainment complex,” as Wired has called it, but I had to admit that the grime was off the national lens. The dog day afternoons of the ’70s had been replaced by red dawn in Reagan’s America.

Mondale could never have done government as show business. He was famous for his integrity and reciprocally awkward with media. Reagan “could walk in front of those cameras and it would come out magic,” Mondale told the Guardian in 2008. “I would walk in and it would be a root canal.” His full-throated endorsement of higher taxes was seen as his 1984 undoing.

What seems most quaint now is Mondale’s focus on actual governance. Former President Carter, in a statement this week, credited Mondale with transforming the vice presidency into a “dynamic, policy-driving force.”

Does this praise even track for a generation raised on politicians who make hay exploiting daft cultural skirmishes? Having come up in a nation where politics are downstream from culture, can they imagine that politics were once downstream from government, and culture meant Leonard Bernstein and Toni Morrison?

But of course showbiz politics won the day — and persisted through the presidencies of Democrats too, notably pander-bear Bill Clinton and dashing Barack Obama. Reagan, for his part, did his song and dance for greed and militarism, leaving government to wonks who struggled to make good on his Hollywood promises. Yes, they deregulated and cut taxes, which seemed in theory like fun. They also lavished gifts on the Pentagon and rattled expensive sabers at the Soviet Union. All of this sounded exciting, but it mostly empowered the rich to dine on the poor with more smugness, while Reagan took credit for the Soviet Union’s inevitable fall.

Though Republicans under President Trump stopped referring to the GOP as “the party of Reagan” — that might have addled their touchy overlord — it still would be a fool’s errand to try to convince anyone that the nation would have been better off if Mondale had won in 1984.

And indeed enduring Mondale’s root canal wouldn’t have been a picnic. But in those days a root canal might have been better for us than the sugar high of a round-the-clock frat party and pricey military-entertainment posturing. Like all sugar highs, that one led to rot (the Iran-Contra affair) and a hard come-down (Black Monday).

Reagan liked to vilify governments that help their people. But since his heyday, corporations and military contractors have snorted up government handouts as if they were kilos of 1980s cocaine at Lehman Bros.

By contrast, Mondale in 1984 praised government aid — just not for corporations and Wall Street. One example: Mondale’s platform focused on helping people buy “and keep” their homes. How might government help with the “keeping” part? Banks, Mondale argued, must withdraw the threat of “the explosion of … adjustable-rate mortgages.”

Those regulations might have come in handy, say, 20 years later when Reagan’s deregulation mania led to the venal banking practices that both created the housing bubble and burst it, landing the world in the global financial crisis of 2008.

Shoulda had that root canal?

On Thursday, the New York Times reported on what’s next for President Biden’s $4-trillion attempt to revamp the American economy. Following on last month’s massive infrastructure proposal, phase two promises to raise taxes on millionaire investors to fund education and child care. After that: help for healthcare.

All of this good government could have come straight out of the Mondale-Ferraro pamphlet I pushed on people as a teenager. It lost disastrously then. Maybe it’ll do better this time.