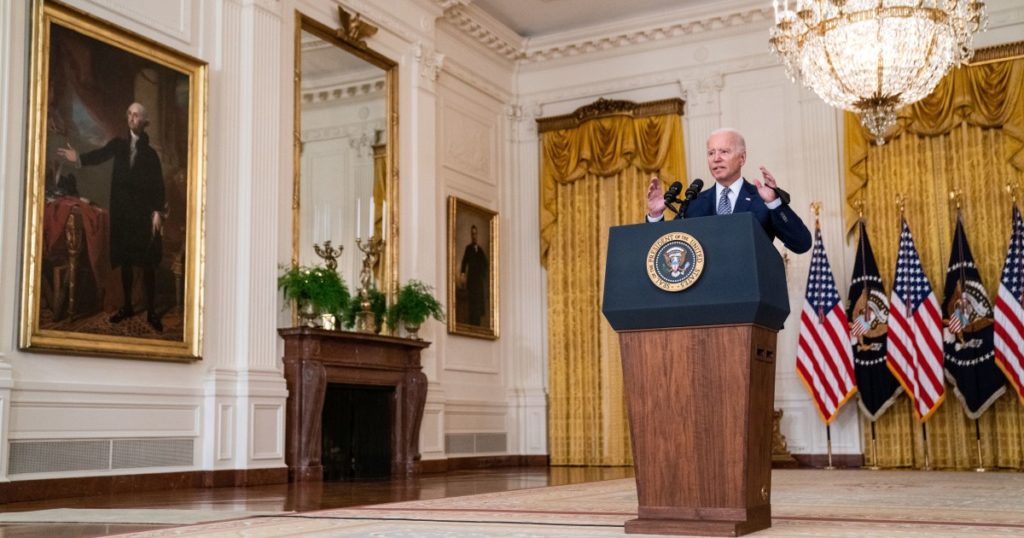 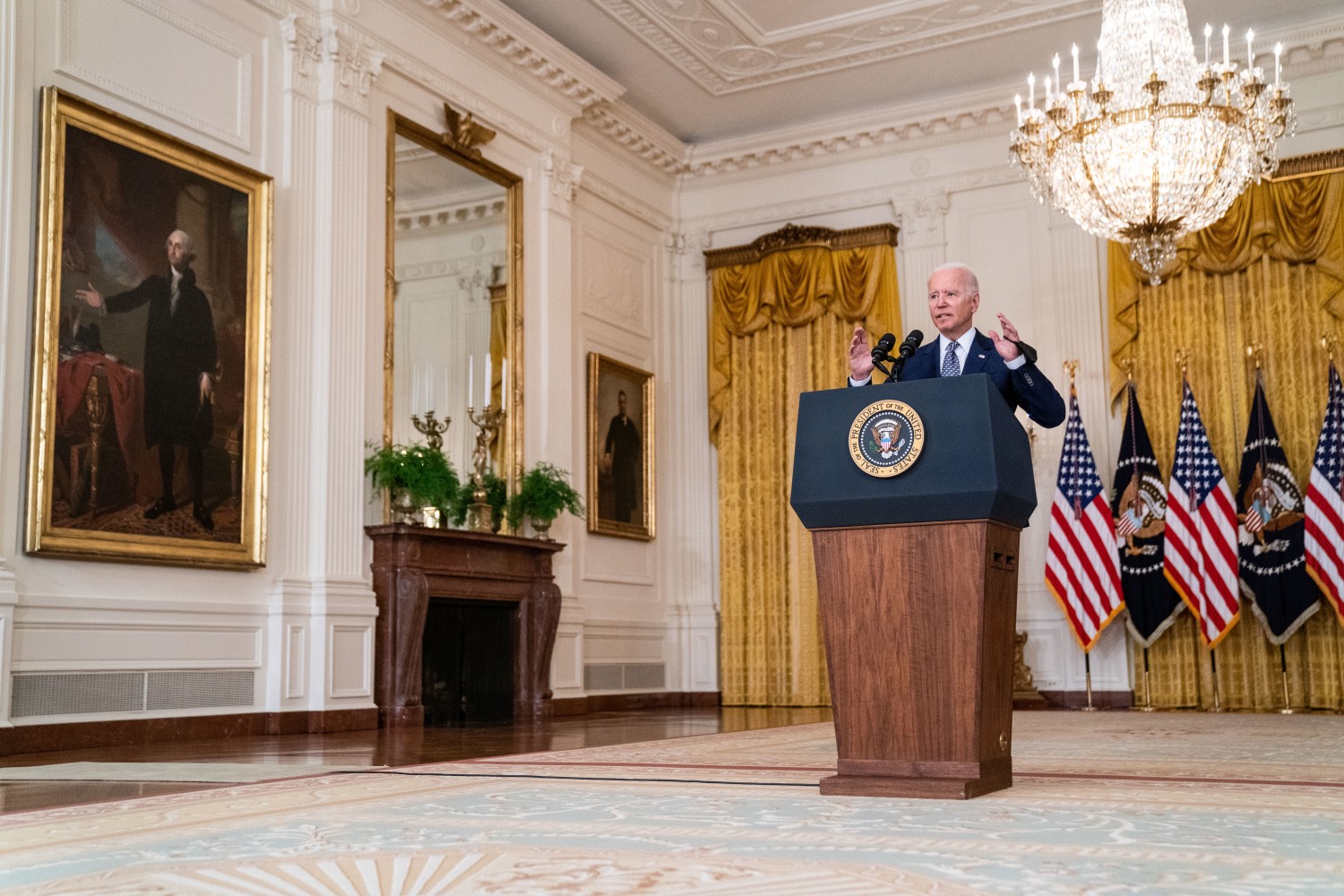 It’s hard to find an element of daily life that doesn’t lend itself to politicization. There are the obvious ones: media, guns, lattes. But there’s more. Convertibles are evidently a Republican ride. Vegetables, in general, are Democratic.

But infrastructure knows no party. What ideology favors a broken bridge over one in good repair?

This is why Donald Trump ran on infrastructure in 2016, promising to invest $1 trillion and revive manufacturing jobs in the Rust Belt. It was also why his staff tried mightily to steer him toward the crowd-pleaser of “infrastructure week” whenever his antics turned too unstructured and too crowd-displeasing.

All to no avail for the former president. Nothing panned out.

During Trump’s term, federal investment in roads and bridges stagnated. Roads, ports and airports never got fixed. Any hope that Trump’s autocratic proclivities could be channeled into mega-projects to astonish his base fizzled. He couldn’t even add more than 80 miles to his promised big, beautiful wall.

At the same time, national consensus about the urgency of an infrastructure upgrade has never wavered.

Finally, in November, 28% of white working-class men — the very demographic that put infrastructure high on their priority list — voted Democratic, up from 23% in 2020. These voters helped deliver Biden’s key victories in Wisconsin, Michigan and Pennsylvania.

So far, President Biden hasn’t forgotten them. And no one in any state has forgotten the stomach-sinking truths about America’s infrastructure.

Forty-three percent of public roadways are in poor or mediocre condition. A water main breaks every two minutes. More than one-third of public schools use portable buildings, including trailers, because the regular buildings are too crowded.

An AP/NORC poll in July showed that 59% of Americans, of both parties, supported the infrastructure bill’s key aspects.

All of this may be why Biden has been able to get more harmony on this part of his “Build Back Better” agenda than Washington has seen in a long, long time. On Tuesday, the Senate passed the 2,700-page Infrastructure Investment and Jobs Act, 69-30, with 19 Senate Republicans voting in favor of it, including Minority Leader Mitch McConnell (R-Ky.).

“The president deserves a lot of credit,” said McConnell of the bipartisan miracle. “If you’re going to find an area of potential agreement, I can’t think of a better one than infrastructure, which is desperately needed.”

The bill still must pass the House, which will no doubt ask for changes, before it’s signed into law. But this is big. And it’s sure to be galling to ex-President Trump, whose party decisively defied his command to vote against the bill and bust Biden’s agenda.

In addition to McConnell, other Republicans in the party leadership — South Carolina Sen. Lindsey Graham and Iowa Sen. Chuck Grassley — voted for the bill. Evidently, the Monarch of Mar-a-Lago holds less sway over the party than he once did.

And the bill, which its proponents say requires no tax hike and is mostly paid for with unspent coronavirus relief money, is a thing of beauty.

According to Mark Zandi, the chief economist at Moody’s Analytics, it could create some 660,000 jobs by 2025, partly because it includes funding for job training and provisions for more women to get into construction and trucking.

In the bill’s current form, the big money goes to marquee items, especially roads and bridges. Appalachian and Alaskan highways will get a special boost, evidence (perhaps) of the contributions to the bill by Sens. Joe Manchin III (D-W.Va.) and Lisa Murkowski (R-Alaska).

But the package also funds Puerto Rico’s highways, projects to relieve congestion in cities, and academic research on transportation.

Railroads will also get substantial federal investment, especially Biden’s beloved Northeast Corridor, the well-worn route from Boston to D.C. Among other things, the bill provides for more refreshments on Amtrak routes.

(If that refreshment clause makes it all the way into law, I’m lobbying for this earmark: more delicious Wee Brie, which used to class up Amtrak’s plastic-wrapped cheese plates.)

Yes, some of this is “green” and some of this is “blue-collar,” and those color concepts can always trip partisan wires. But the explosion didn’t happen this time; it got muffled by days, weeks and months of what various media called “grueling,” “painstaking,” “fierce” debate and compromise.

And of course one person styled it as test of loyalty — to himself.

“This [bill] will be a victory for the Biden Administration and Democrats, and will be heavily used in the 2022 election,” Trump shouted two weeks ago. “It is a loser for the USA, a terrible deal, and makes the Republicans look weak, foolish, and dumb.”

He threatened any in his party who might support the bill, saying “lots of primaries will be coming your way!” But this time, 19 shrugged.

As for the Democrats, the progressive wing has its own objections to the bill and its compromises, but no one defected on Tuesday in the Senate.