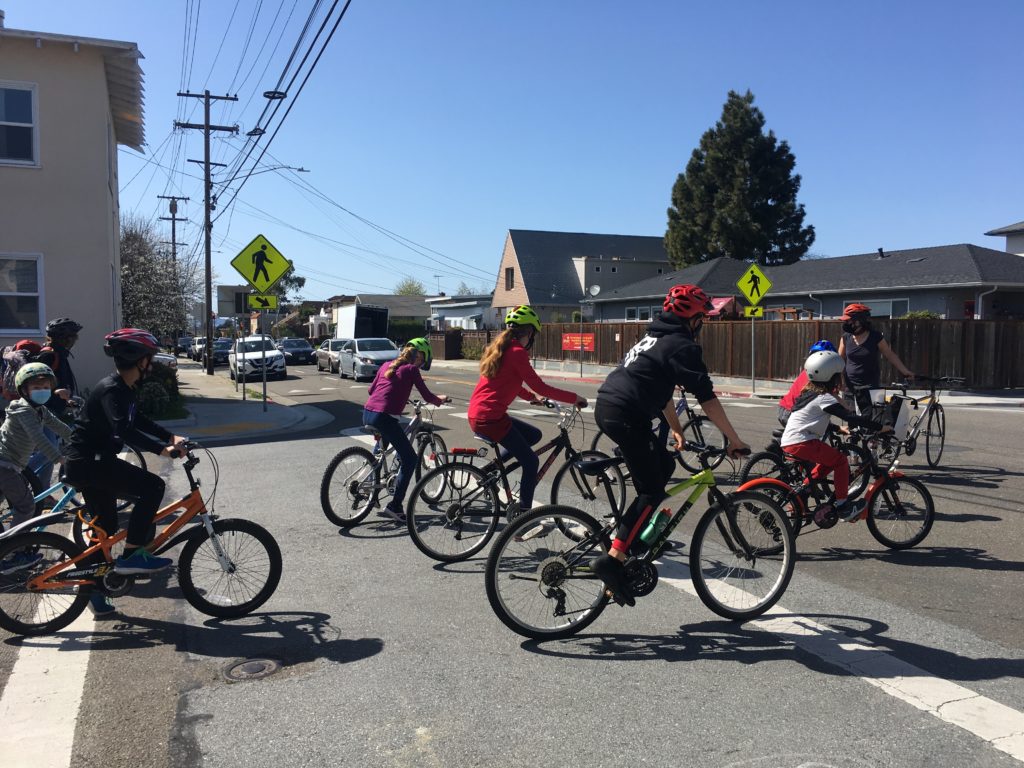 Today Governor Newsom announced his revised California budget proposal, with $100 billion in unprecedented spending because of a huge budget surplus.

Among his proposals was a one-time bump of $500 million to the Active Transportation Program. This is not as much as the California Transportation Commission had asked for, and is nowhere near the amounts allocated to other transportation programs, including $2 billion for highways; $1 billion for rail and transit; and another almost $2 billion for zero-emission transit and trucks.

It’s not even anywhere near the $1.5 billion Newsom proposes for picking up litter and “beautifying” highways in the state.

The roughly $11 billion he proposes in the transportation budget also includes $4.2 billion for high-speed rail and a total of $3.2 billion for zero emission vehicles, including infrastructure and rebates.

It’s not clear why Newsom didn’t just agree to the CTC’s $2 billion request.

The cut-off score for the most recent round of ATP funding was 92 points, which left out many highly qualified projects. Only 49 projects got funding, out of 454 applications submitted (more will be funded when the MPOs make their choices later this year). There was only $450 million available in this round of funding, but over $2.3 billion in requests. So the one-time $500 million increase would double the program, at least for this cycle.

The number of ATP applications have increased over time, and the program has encouraged larger and more transformative projects, which tend to be more expensive because they are more extensive. The largest project ever awarded ATP funding was Connecting Canoga Park, which garnered $31 million in the most recent cycle.

Also, over time more local agencies have begun to seek funding for the kinds of projects supported by the Active Transportation Program as locals recognize the need to make biking and walking safer for a myriad of reasons from climate to equity. The result is that the ATP is one of the most well-thought-out, demanding, and stringent transportation funding programs in California – while also being the smallest and most in demand.

Ironically, the $2 billion request was a suggestion tossed off by Commissioner Bob Alvarado. The number wasn’t based on even a back-of-the-envelope needs calculation; he just threw out a number for discussion. His comments at that meeting and in subsequent ones have made it clear that he is not so much interested in bolstering the ATP as in preventing money from being reallocated to the ATP from California’s highway funding programs.

CTC staff spent some time this month coming up with a way to spend $2 billion, in case the request was granted. They proposed funding every application in the current cycle that achieved a score of at least sixty points, which would have left a half billion to pursue larger projects such as multi-jurisdictional bicycle highways.

Advocates – including many of the people who helped formulate the ATP and its guidelines, and who spend many volunteer hours evaluating project applications each cycle – had a different perspective on how to best spend that amount. They suggested funding projects that scored 80 points or higher – at a cost of about $1 billion – and creating two pilot programs for regional bicycle highways and complete streets networks. Their take is that other agencies could take on those two pilot programs rather than bringing the all under the ATP. For example, the Strategic Growth Council has experience with community projects that make different state and local agencies work together.

No one seems to disagree that the ATP needs more money, and no one at the CTC meeting disagreed that $2 billion was a reasonable amount to allocate to active transportation from the budget surplus. In fact, the proposal garnered a lot of support, especially from agencies that have projects on the ATP list.

But a one-time block of money, whether it is $500 million or $2 billion, is hardly a real answer for a program that is likely to grow more crucial over time. State climate goals, personal and public health goals, increasing awareness of the benefits and joys of active transportation, and the growing strength of community voices all point to the need to increase state investments in biking and walking.

What is needed is a bigger, sustained investment over time.

The disagreement between staff and advocates may now be moot. With a $500 million bump, it would be possible to fund all the projects that applied and received a score at least in the mid-80s. This would be a decent outcome that few could argue with. All of these projects are likely to be very good ones. ATP scoring is famously stringent, in part because of the severely limited funding available and the need to distinguish between high-quality projects.

The rest of the conversation, regarding potential bike highways and other large projects, will continue. Assemblymember Laura Friedman has a bill, A.B. 1147, that proposes using regional planning processes to encourage more bike riding and commuting, and it includes bike highways. A.B. 1147 will engender its own budget discussions.

The governor’s “May Revise” is just one part of the budget process. The Senate and Assembly will each produce their own proposed budgets, and then all three entities will have to come to an agreed budget sometime before the end of June.