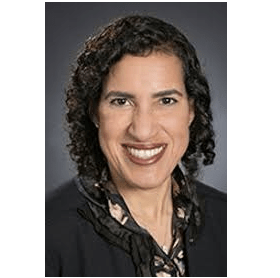 Governor Newsom today made key appointments to the California Air Resources Board, including a replacement for long-time chair Mary Nichols, who has retired and may be tapped for a federal job.

His choice is Liane Randolph, a lawyer who has served as Deputy Secretary of the Natural Resources Agency and most recently as commissioner on the California Public Utilities Commission.

Randolph has been described as thorough, detail-oriented, smart, well-organized, and politically savvy by those who have worked with her. She will be the first Black chair of the board, and advocates are hoping that will make her a strong voice for equity in an organization that has recently been called to do better on this issue both for its staff and on its policies.

“Commissioner Randolph is a thoughtful leader who brings vast knowledge and experience to the challenge of meeting California’s climate and energy goals,” wrote Gladys Limón, Executive Director of the California Environmental Justice Alliance, in a press statement. “As an alliance of EJ organizations working to improve the environmental health of communities with the worst air quality in the state, we hope Randolph prioritizes equity in her leadership and look forward to working with her.”

Environmental justice advocates had lobbied the governor to choose a different candidate, with CPUC commissioner Martha Guzman Aceves among the names they floated. EJ advocates have complained that current chair Mary Nichols dismissed their concerns, focusing on cap-and-trade to reduce greenhouse gases while ignoring the policy’s effect on local communities, and there is some concern that Randolph may take a similar tact, focusing on electrification and “market mechanisms” at the expense of policies to reduce driving.

“The CARB Chair appointment carries with it a tremendous responsibility to California’s environmental justice communities,” wrote Shana Lazerow, Legal Director of Communities for a Better Environment, in a press statement. “Our communities are feeling the impacts of climate change compounding the already unacceptably polluted air we breathe.” Lazerow praised Randolph’s dedication at the CPUC and added: “Particularly in this time of pandemic, California’s low-income communities of color need CARB to lead as an agent of positive change.”

Randolph will be heading up the board under a governor who has made it clear, via several executive orders, that the state’s climate change policies and transportation investments must begin to align. The problem is that hasn’t happened yet, and it’s not clear yet how much of a champion Randolph will be for that effort.

While at the CPUC, Randolph worked on projects to reduce greenhouse gases in new buildings, rules to help California transition away from using natural gas, a framework for enforcement of CPUC policies, and the reliability of the energy grid.

But the CPUC is also charged with regulating ride-hail and autonomous vehicles, key areas in which the commission started with a largely hands-off approach.

Environmental Defense Fund president Fred Krupp issued a statement saying that Randolph is an “excellent choice to lead CARB,” adding that “her deep expertise and reputation of effective collaboration will be a huge asset in helping bring leaders across government, the private sector and the environmental community together to fight for clean air for all and a fully decarbonized California economy.”

Newsom also appointed new members to the board, including environmental lawyer Gideon Kracov, who will occupy the seat assigned to the South Coast Air Quality Management District most recently held by Judy Mitchell. Kracov “has been a strong environmental health champion and has a broad understanding of environmental justice issues, from air quality, pesticides, and climate justice,” writes Martha Arguello, Executive Director of Physicians for Social Responsibility, Los Angeles.

The San Joaquin Valley Air Pollution Control District will now be represented by Tania Pacheco-Werner, who has worked with environmental justice groups in the Central Valley. She is a co-director of the Central Valley Health Policy Institute at California State University, Fresno, and replaces Alex Sherriffs. Her appointment was applauded by Veronica Garibay, Co-Director of Leadership Counsel for Justice and Accountability, who wrote: “Dr. Pacheco-Werner’s lived, academic and professional experience and immeasurable commitment to justice and equity uniquely qualify her to serve on one of California’s most powerful regulatory agencies.”

Davina Hurt, a member of the Belmont City Council, replaces John Gioia to represent the Bay Area Air Quality Management District, and Dr. John Balmes has been reappointed to the board.

“We are hopeful that today’s appointments will usher in an unprecedented opportunity to incorporate community-identified racial, environmental, and climate justice solutions into the state’s program’s, policies, framework, and future,” wrote Garibay.