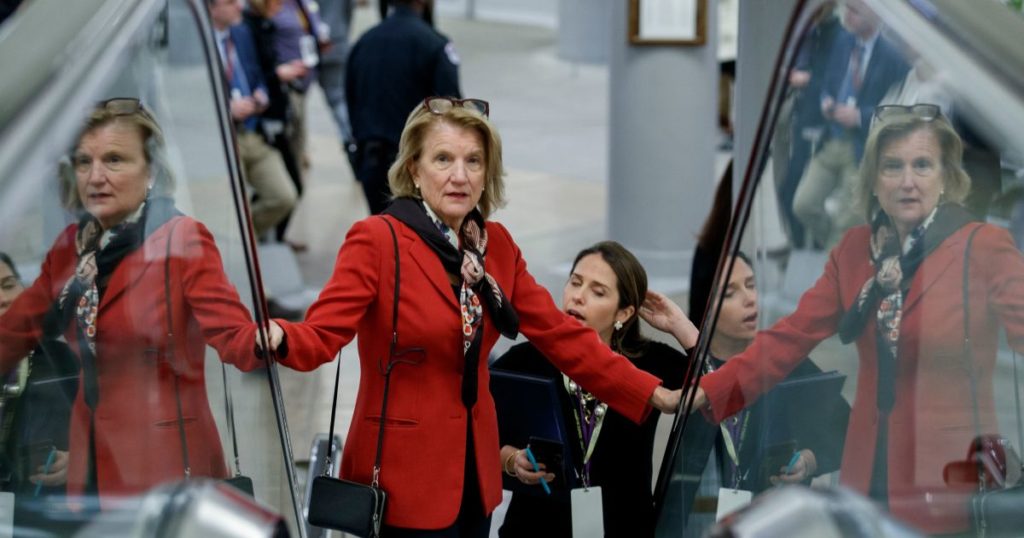 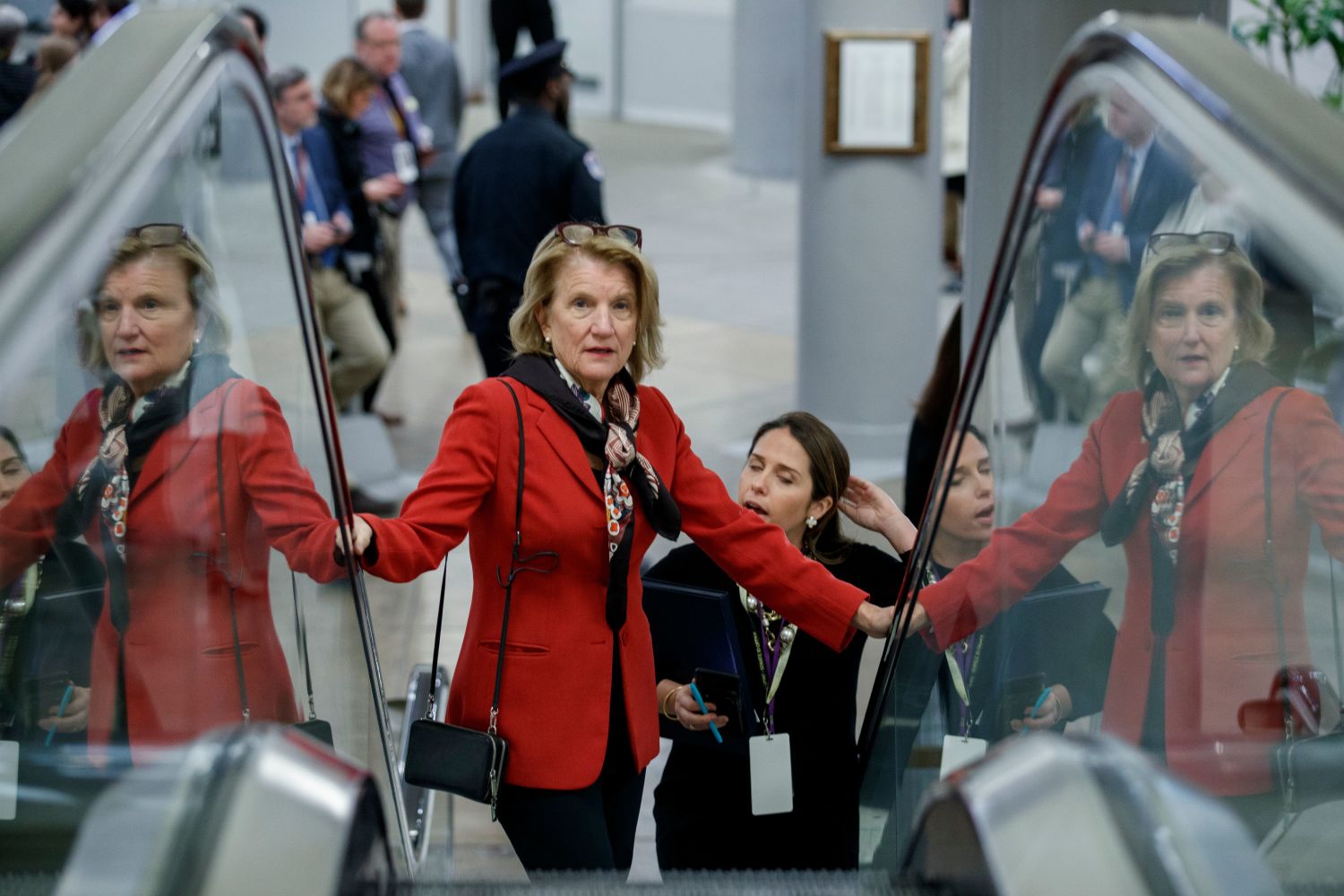 Senate Republicans on Thursday issued President Biden an offer of a $928 billion-infrastructure plan in the slow-moving negotiations over a bipartisan plan to repair the nation’s roads, bridges and broadband internet.

The latest proposal comes days ahead of the White House’s self-imposed soft deadline of Memorial Day to have progress on an agreement and Biden’s first major bipartisan legislative accomplishment.

Senate Republicans are framing their proposal as in line with what Biden personally told them he found acceptable during a recent White House meeting, which was a $1-trillion to $1.2-trillion deal, down significantly from the White House’s latest counterproposal of $1.7 trillion.

“We believe that this counteroffer delivers on what President Biden told us in the Oval Office that day and that is to try to reach somewhere near $1 trillion over an eight-year period of time,” said Sen. Shelley Moore Capito (R-W.V.), who is leading negotiations for Senate Republicans. “We have achieved that goal in this counteroffer.”

In anticipation of the offer being released Thursday, Sen. Roger Wicker (R-Miss.) called it “a number that President Biden has said was acceptable.”

Democrats are likely to balk at the proposal’s significant reliance on repurposing money already approved by Congress in earlier COVID-19 economic stimulus measures. Sen. Pat Toomey (R-Pa.) said there is about $700 billion in COVID-19 funding that has not been spent and cannot be spent.

“We believe repurposing these funds needs to be a really important part of how we fill this gap,” he said.

The administration has yet to formally respond to the GOP’s latest plan.

Wicker and other Senate Republicans have suggested that White House staff is pulling Biden away from the negotiating table.

“If the president gets to make the decision, he will accept this,” Wicker said, echoing a comment that other Senate Republicans have made privately amid souring prospects for an agreement.

The White House has shrugged that off as a “talking point.” Biden, one official noted, signed off on the $1.7-trillion counter proposal made by aides earlier this week.

Both sides remain eager for a deal, and they have plenty of motivation: Every senator’s state has roads in need of repair. After approving a COVID-19 relief bill earlier this year using only Democratic votes, the White House would like a bipartisan win — so much so that Biden appears inclined to continue negotiations with Republicans beyond his Memorial Day deadline.

But the differences between the two parties remain vast: The top-line price tags are hundreds of billions of dollars apart. And they don’t see eye-to-eye on how to pay for it.

“We’re still far apart and I think the window is closing, but we’re going to keep moving at it and hopefully we’ll find it,” Capito said earlier this week.

White House officials say pessimistic tones reported earlier this week were premature. Biden has already dropped his $2.3-trillion initial offer by $500 billion, one official noted, demonstrating a willingness to negotiate. The emergence of a bipartisan working group of lawmakers, including Sen. Mitt Romney (R-Utah), who are working on a back-up infrastructure proposal, has been viewed by the White House as additional evidence there’s genuine interest in reaching a deal among centrist lawmakers in both parties.

That said, the White House looked to get ahead of the Republicans’ latest infrastructure offer Thursday morning by releasing a memo by senior advisor Mike Donilon asserting that Biden’s economic agenda is broadly popular. “As Congress weighs the path forward, the polling shows a clear story: the policies articulated by the President reflect the values deeply held by the American people,” Donilon wrote. “When Republicans criticize the President’s plan to rebuild our economy through long-overdue investments in our country’s infrastructure, they’re criticizing what their own constituents have been urging for decades.”

Even if the parties come to an agreement on the top-line price tag of a bill, thorny issues await in terms of how to pay for it. Democrats want to raise corporate tax rates, a nonstarter for Republicans. The White House has shot down the GOP’s idea of imposing new user fees on drivers of electric vehicles or reallocating funding already authorized as part of the $1.9 trillion COVID-19 relief package enacted in March.

Principal Deputy Press Secretary Karine Jean-Pierre, who handled questions at the White House podium Tuesday, noted that 95% of the funding is already allocated (for PPP loans, unemployment insurance, direct relief checks and tax credits) and the remaining 5% is going to emergency funds for healthcare providers and small businesses.

“There are simply not hundreds of billions of dollars in COVID relief funds available to repurpose,” she said.

Biden and Democrats on Capitol Hill will soon face a fork in the road as he tries to enact the massive infrastructure proposal: Do they continue in the bipartisan talks in hopes of crafting a small deal with Republicans and return later to enact the remainder in a Democrats-only proposal? Or do they enact the entire plan by themselves?

Many progressives are eager to go it alone, arguing that Republicans may not be serious about finding a bipartisan agreement. That path would require them to enact the legislation through reconciliation, the Senate procedure that allows the majority to circumvent a filibuster.

Ultimately, even if Biden and Republicans can’t reach a deal on infrastructure, engaging with lawmakers in good faith is also aimed at an audience of one: Sen. Joe Manchin (D-W. Va.), a critical swing vote who has prioritized a bipartisan deal above all. If and when talks collapse and the White House does pivot to a reconciliation strategy, the official said trying to explain the thinking inside the West Wing, Manchin may only acquiesce if he’s convinced the administration did everything possible to find a bipartisan deal first.