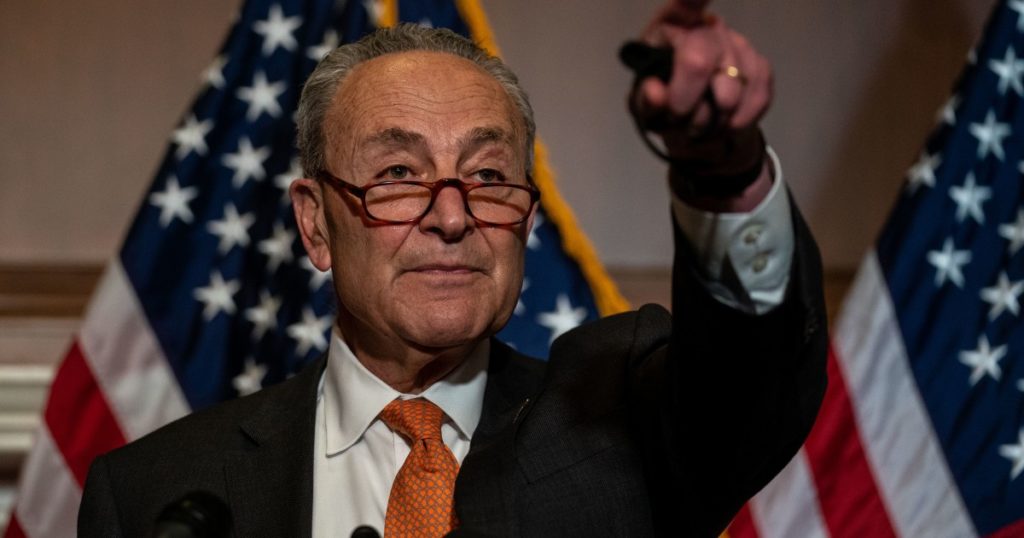 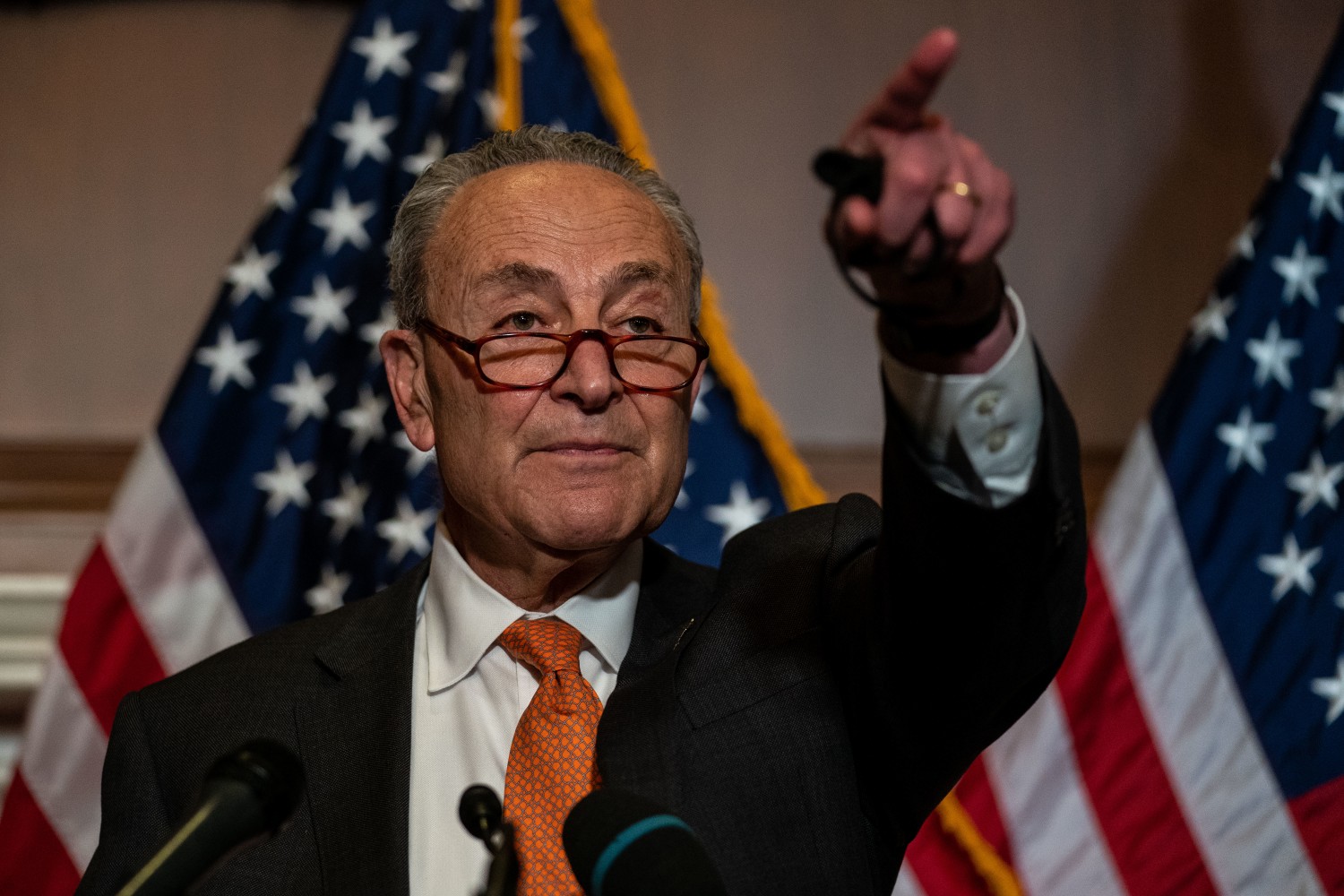 Democrats’ signature election legislation, the For the People Act, is almost guaranteed to fail when Senate Democrats try to move toward a vote Tuesday afternoon.

But with liberal activists priming for a fight, the debate of whether to overhaul how the country conducts elections likely isn’t going to end this week.

Senate Majority Leader Charles E. Schumer (D-N.Y.) needs support from 60 senators to bring the bill up for discussion, a number he isn’t expected to reach with his slim control. It isn’t even clear that Schumer can get the support of all Democratic senators. Sen. Joe Manchin (D-W.Va.) has made clear he doesn’t support the bill without revisions.

Last week Manchin circulated a list of changes he wanted to see to the bill, but Senate Republican Leader Mitch McConnell (R-Ky.) quickly rejected them as inadequate and said no Republican would sign on. That means even with proposed changes, the bill likely wouldn’t get the 10 Republican votes needed to move forward.

Schumer lambasted Republicans’ recalcitrance Monday, stressing that the vote is just to begin debate on the bill, at which point it could be modified or amended.

“Are you afraid to debate this? Do you not have any good arguments?” Schumer said.

The minority party loses leverage by allowing the Senate to debate legislation it doesn’t like. It takes a simple majority to pass legislation, a number Democrats can reach on their own, and there is no guarantee that any changes Republicans or moderate Democrats want would be made to the bill before that vote happens. Refusing to move to legislation can force the majority party to moderate a bill to reach consensus.

Failure to meet the 60-vote threshold is expected to reignite debate over changing the filibuster rules, which both parties have used while in the minority to block consideration of legislation they do not like. It takes a simple majority to change Senate rules, but Manchin, Sen. Kyrsten Sinema (D-Ariz.) and other Democrats are leery about making such a permanent move.

Dozens of liberal groups are preparing a last-ditch effort to pressure senators and keep the issue alive, through television ads, phone banks and rallies nationwide over the July 4 holiday. Some are lining up to target Democratic lawmakers, including California’s Dianne Feinstein.

Feinstein has previously opposed changing Senate rules to eliminate the 60-vote threshold, but has also signaled that she might consider it over voting rights.

“Our summer of mobilization and grassroots actions to pass this bill will continue. Democracy will prevail. Failure is not an option,” Karen Hobert Flynn, president of government watchdog Common Cause, said in a statement.

President Biden has named election reform and voter access a top priority, and recently tasked Vice President Kamala Harris with working on voter rights and access issues. Although she has given speeches and met with supporters, she hasn’t been publicly engaged in whipping up support on Capitol Hill.

Schumer can bring the bill, or another piece of election reform legislation, before the Senate again this year.

The bill, which has already passed the House, would set up a public financing of federal elections, establish minimum standards for early and absentee polling times and same day registration and put nonpartisan panels in charge of redrawing congressional districts. It also sets ethics requirements for the president and vice president, and changes the composition of the Federal Elections Commission, the federal agency that oversees campaign spending.

Democrats say it is necessary to counter the wave of legislation proposed by Republican state lawmakers nationwide since the 2020 presidential election that strips state officials of their power in running elections, makes it easier for legislatures to overturn election results and sets new hurdles on early and absentee voting. Fourteen states have passed new laws on voting, including limiting whether water and food can be legally provided to people waiting in long lines to vote. Dozens more restrictions have been proposed.

McConnell said the bill — numbered S. 1 — is an attempt to nationalize elections, which are normally left to the states, in a way that would harm the Republican Party’s chances of winning elections in the future.

“The real driving force behind S. 1 is a desire to rig the rules of American elections permanently in Democrats’ favor. That’s why the Senate will give this disastrous proposal no quarter,” McConnell said Monday. 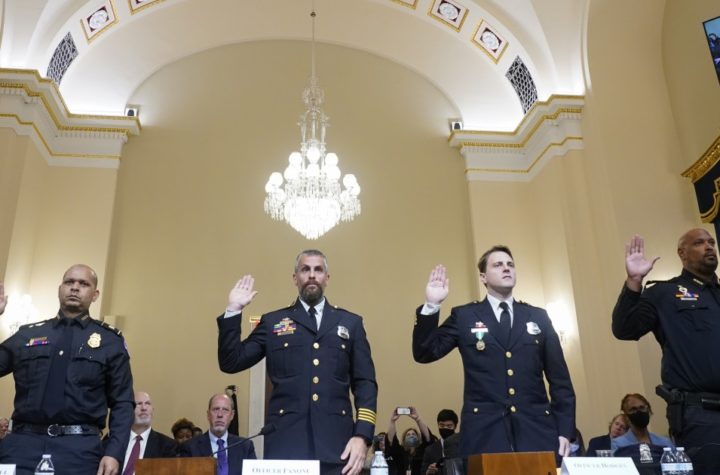 Photos: ‘I recall thinking to myself, this is how I’m going to die’; Jan. 6 hearings begin