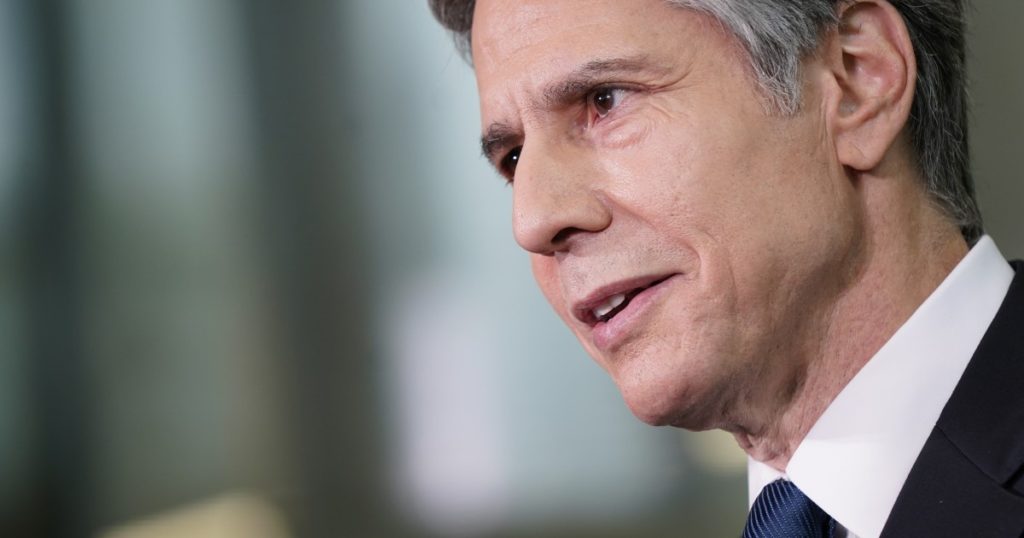 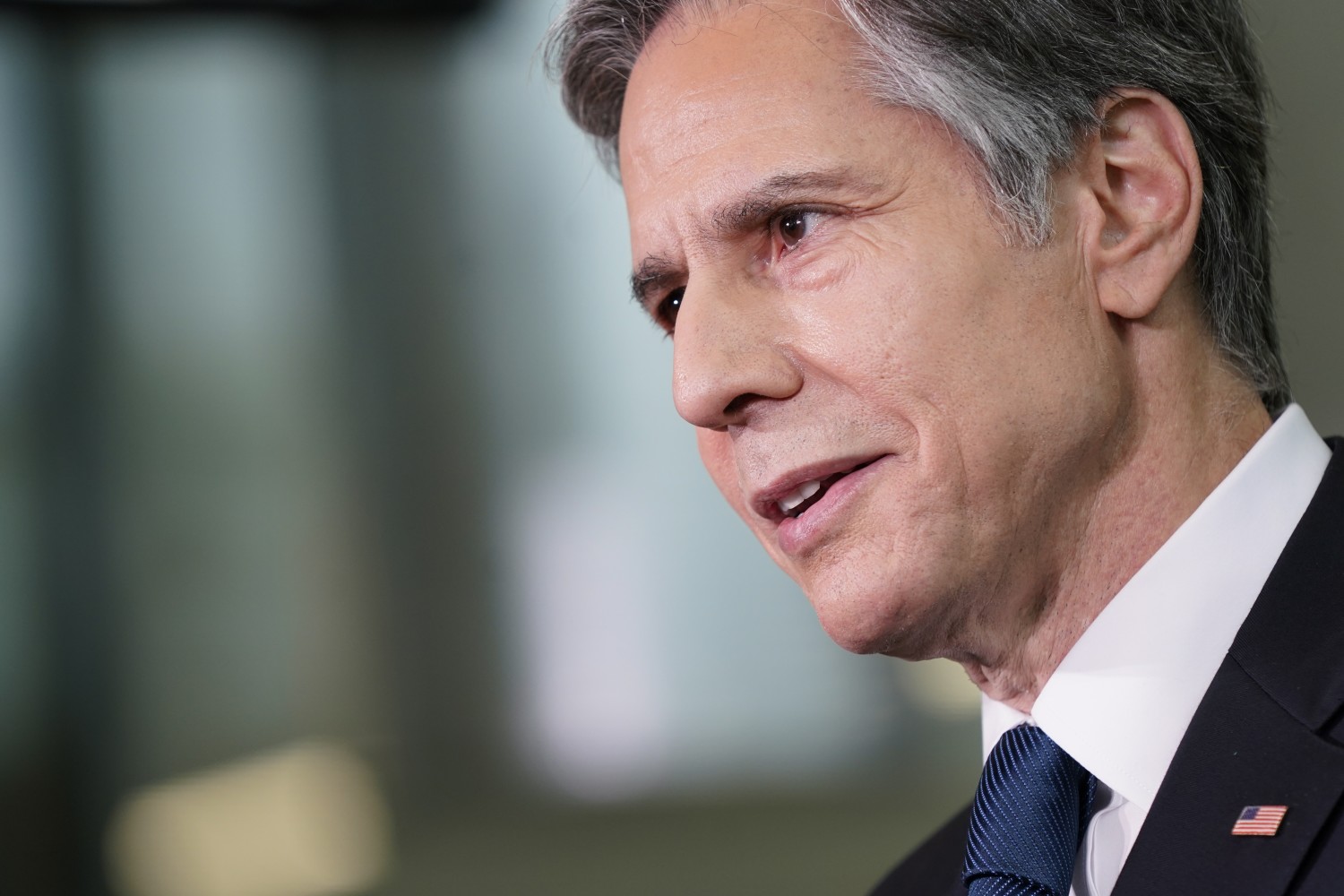 Gentry O. Smith was a cop in his hometown of Raleigh, N.C., before joining the State Department nearly 25 years ago. There he has served in numerous security posts in Asia, the Middle East and the U.S.

So his appointment to head the Diplomatic Security Service, which oversees protection of everyone from the secretary of State to U.S. diplomats around the world, would seem to be a natural choice.

Yet his April nomination, like many made by President Biden for the State Department, Department of Homeland Security and elsewhere, sat stalled for months in Senate committees, where a few Republican lawmakers blocked approval.

Although nominations were blocked across the board, the State Department was hardest hit: As of Monday night, more than six months into the Biden administration, only one of the president’s ambassador picks had been approved, leaving nearly 50% of all embassies without their top official, according to the American Foreign Service Assn.

Democrats and administration officials are furious, saying the failure to adequately staff the government has harmed American diplomacy abroad, national security at home and other areas of governance. GOP senators say in some instances they have serious objections to the candidate, but in most cases they are using their power to exact policy concessions.

Foremost among those blocking nominees is Sen. Ted Cruz (R-Texas), who has held back as many as two dozen State Department appointees, on demands that Secretary of State Antony J. Blinken penalize all international firms and individuals involved in the construction of a Russian pipeline to Europe.

Blinken complained last week that 65 nominations were still pending a confirmation vote. Some of those, including Smith’s nomination, this week squeaked through the Senate approval process on the eve of Congress’ August recess after languishing for months.

Others included the top officials in charge of various regions — the assistant secretaries of State for Latin America, Europe and parts of Asia — as well as consular services at a time of a massive backlog in the issuance of U.S. passports and visas because of the COVID-19 pandemic. (Since Blinken spoke, the nominee for assistant secretary of State for consular affairs was confirmed Monday night, and at least two regional secretaries and several ambassadors, mostly for African countries, were put onto a crowded Senate agenda for Tuesday night.)

Administration-wide as of midnight Monday, according to congressional records, about one-third of Biden’s nominations submitted to Senate committees had been confirmed. At the same point in both the Obama and George W. Bush administrations, at least two-thirds of each president’s nominations had been approved. For the Trump administration, which made far fewer nominations, the confirmations at that point were just under 45%.

Eric Rubin, who heads the American Foreign Service Assn., the union for diplomats, said the overall approval process for numerous agencies had been notoriously slow but was particularly egregious for the State Department.

But he also says there is blame to go around. Senate approval has been riddled with delays, but Biden also had been slow to nominate many people. And it comes at a time of multiple worldwide crises when “we cannot afford to coast,” he said.

“It hurts national security, it hurts national interests,” said Rubin, a former ambassador to Bulgaria. “The world doesn’t understand how we can be the only country in the world that can’t manage to send ambassadors to our embassies overseas.”

Sen. Robert Menendez (D-N.J.), who chairs the Senate Foreign Relations Committee, which receives State Department nominations before sending them to the full Senate floor, said he had “never seen anything like” the recent tempo of holdups.

“This is beyond the pale,” he said last week in yet another business meeting aimed at considering nominations.

In an earlier meeting, Menendez and Cruz got into what was nearly a shouting match over what the Democrat described as the Republican’s delay tactics.

“Sen. Cruz, this committee has had a long history, which you are blackening, by virtue of turning the committee’s business for a political purpose,” Menendez said. “We have had no history of that.”

Cruz responded: “Mr. Chairman, what political purpose is that?”

Menendez shot back: “Maybe it’s your presidential aspirations, I don’t know, but you’re turning to political purposes, you held over every nominee, every nominee. I’ve never seen that.”

Cruz’s main demand is that Blinken issue sanctions against sponsors of the Nord Stream 2 pipeline that Russia and Germany are building to transport Russian gas to Germany. The Trump administration sanctioned many of the builders but construction continued.

Biden administration officials say the pipeline was 95% complete by the time they came to office, making sanctions now pointless. In addition, they said, further punishment risked alienating a key ally — Germany — with whom the Biden team wants to repair relations damaged under President Trump. The administration placed waivers on numerous sanctions imposed by Trump, essentially lifting the measures, a step that infuriated Cruz and other lawmakers on both sides of the aisle.

Cruz defends his decision to block appointments as a way to pressure the administration. In a recent interview with Politico, he compared allowing the construction of Nord Stream 2 to the “historical mistake” of President Carter’s 1977 agreement to relinquish U.S. control of the Panama Canal.

“Sen. Cruz will use all leverage and prerogatives he has as a U.S. senator to get the Biden administration to follow the law and implement congressional mandates to sanction and stop completion of the Nord Stream 2 pipeline,” Cruz’s press secretary, Dave Vasquez, told The Times.

Although Cruz is responsible for most of the holdups, he is not the only lawmaker spoiling Biden’s plans. Some held up nominations out of protest on unrelated issues, others over qualms about the nominees’ records.

Republican Sen. Jim Risch of Idaho briefly held up at the committee level the nomination of Christopher Lu, an attorney and former Labor Department official, tapped for ambassador to the United Nations for management and reform, considering him too lenient on the U.N.

Under congressional rules, members of the minority party cannot put permanent or indefinite holds on candidates but can considerably slow the approval process by holding the nominees over to later business meetings or not showing up so that there isn’t a quorum and a vote cannot be held.

Committee chairs can override the holds and push nominees through to the full Senate, which Menendez did last week to move about 20 State Department nominations. At the full Senate, however, any member can demand a 30-hour debate on each nominee.

White House officials say that so far, once the stalled nominations reach the full Senate, most have been approved overwhelmingly, evidence that the blocking is more political than substantive.

It took three months for Jen Easterly, an intelligence official and former lieutenant colonel in the Army, to be approved as head of the Cybersecurity and Infrastructure Security Agency, the cybersecurity division of Homeland Security,

Her nomination was held up by Sen. Rick Scott (R-Fla.), who said he was protesting Biden policies on the U.S. border with Mexico. Ultimately, on July 12, the Senate confirmed her appointment unanimously — after the U.S. suffered a major cyberattack thought to come from Russia.

“These are reasons unrelated to expertise and qualifications,” a person involved in the process said of the holdovers. The official asked not to be identified to discuss internal proceedings. “It’s politics.”