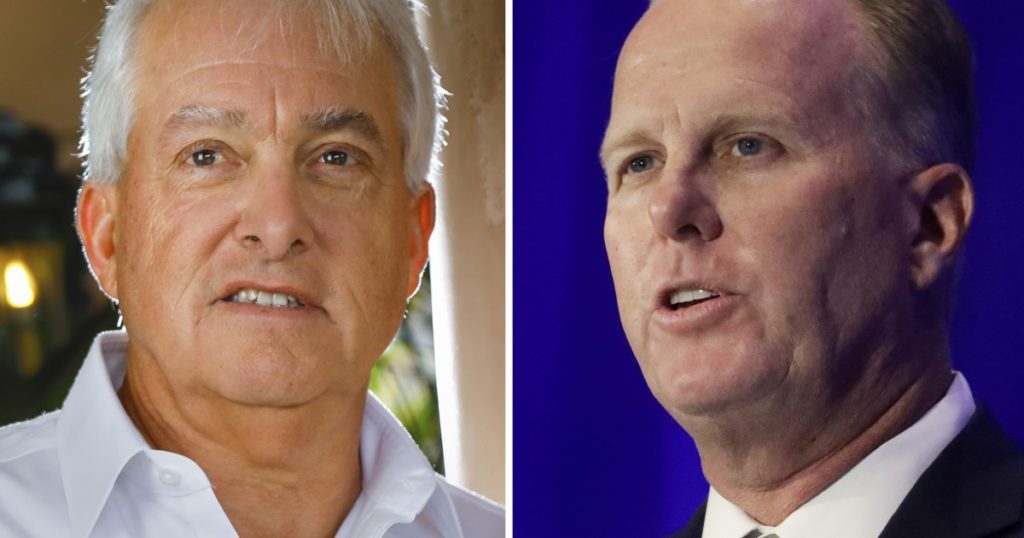 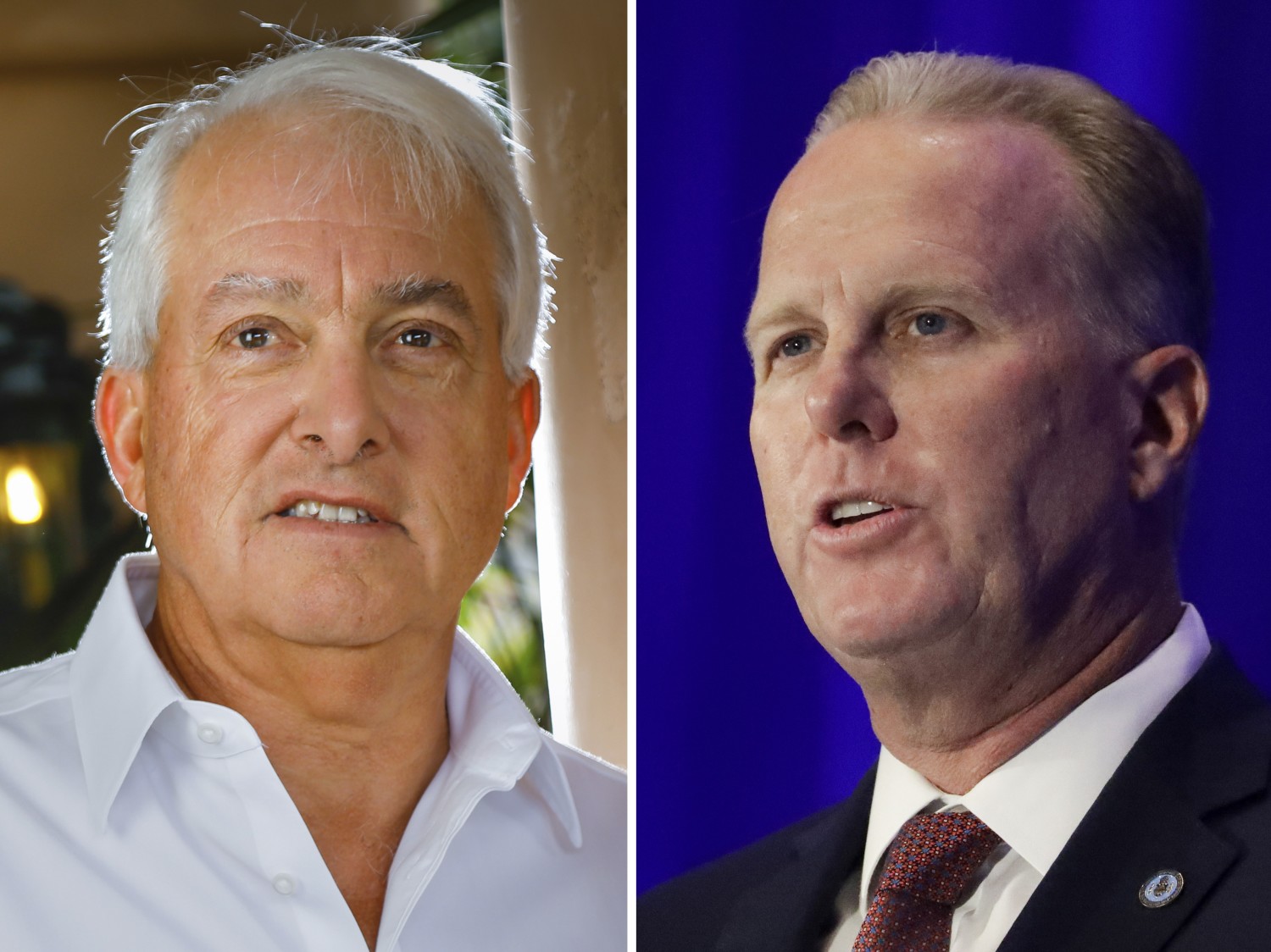 California’s personal income taxes, collected under rules that require those who earn more to pay the most, could be dramatically reshaped should voters remove Gov. Gavin Newsom from office and select one of the recall election’s leading Republican contenders.

At least two of the candidates have promised income tax cuts they say are necessary to help struggling Californians make ends meet. But both plans would offer benefits to more than just low-wage earners. Each effort would also slash tens of billions of dollars from a state budget dominated by spending on schools, healthcare and prisons.

And should a Republican governor find some way to navigate the fierce political opposition to deep spending cuts in the Democrat-controlled Legislature, he might have to either put his plan on the ballot or see it challenged in court.

“It would all be very complicated,” said Fred Silva, a veteran fiscal analyst with the bipartisan group California Forward. “And there are a lot of challenges.”

All of the leading GOP candidates have expressed support for lessening the tax burden on Californians. But there is no modern precedent in California for income tax cuts of the size proposed by two of those contenders, Republicans John Cox and Kevin Faulconer. If successful, either effort would rank second only to the sweeping 35% reduction championed by then-Gov. Earl Warren in 1943. More than a half-century later, then-Gov. Pete Wilson embraced a 15% income tax cut over three years but saw his plan rejected by legislative Democrats after a long summer budget stalemate in 1995.

Faulconer has proposed eliminating all state income tax on single filers whose adjusted gross income is $50,000 or less and on couples whose income is $100,000 or less. For those who earn more, Faulconer would exempt the first $50,000 of income from being taxed.

Cox, a businessman who lost to Newsom in the 2018 election, vows to go further. His plan calls for a 25% across-the-board cut in personal income taxes.

Both efforts would take aim at the heart of how California’s government services are funded. In the budget signed by Newsom this summer, general fund spending is expected to total $196.4 billion — 62% of which would come from taxes paid on the wages and investment profits of California taxpayers.

“Neither campaign deals with the spending-side implications of providing tax cuts,” said Chris Hoene, executive director of the California Budget and Policy Center. “All candidates, regardless of political affiliation, should be held accountable for saying how they would spend the money if they raise taxes or what services and programs they would cut if they lower taxes.”

Faulconer has said his plan, which he unveiled in May, was inspired by the desire to help many mitigate the effects of the state’s high cost of living.

“We have to make California more affordable, and particularly for the middle class,” he said during an interview on KTTV-TV Channel 11 in May. “It’s going to reduce that burden and keep more money in Californians’ pockets, rather than sending it to Sacramento.”

Low-income Californians would get tax relief, but so too would those who earn much more — including those whose reportable income is just under $1 million a year.

Hoene, whose organization advocates for government programs aimed at struggling Californians, said there’s no justification for providing $50,000 in tax-free income to those who earn hundreds of thousands or millions of dollars a year.

“Faulconer wants to call it a middle-class tax cut, and while there are certainly a few parts of California where perhaps up to $1 million doesn’t stretch as far as others, I still think it strains credibility to claim that if you make up to $1 million you are ‘middle class,’” he said.

A representative of Faulconer’s campaign said in an email to The Times that high-income Californians would still pay taxes on most of what they earn and that some of the lost revenue would ultimately return to the state from increased economic activity.

The most far-reaching of the two tax proposals is the one offered by Cox, who announced the plan last month during campaign stops while standing on a giant Monopoly board, decorated with icons that he said represented wasteful spending by the Newsom administration that would end under his watch. See the article : A Bronze Star recipient watches the fall of Afghanistan from Congress — and wants answers.

His budget plan includes canceling existing tax breaks and a familiar but elusive goal to root out “waste, fraud and abuse” from California’s state government.

The centerpiece of Cox’s plan, a permanent, 25% across-the-board cut in personal income taxes, would equate to a $30.8-billion decline in state revenue in the budget signed by Newsom this summer.

At every income level, Cox would cut tax rates equally. But because Californians don’t equally share the state’s tax burden, most of the money would flow back into the pockets of the state’s high-income earners.

Cox‘s campaign doesn’t dispute that wealthy taxpayers will benefit the most.

“Common sense dictates that if you’re going to implement an across-the-board tax cut fairly, those who pay the most in taxes will receive the largest cut in gross dollars,” Cox’s campaign manager Bryan Reed said in an emailed statement.

Reed said too few observers realize that many small businesses in California pay taxes under the personal income tax system.

“The taxes are too high,” he wrote. “You create successful small businesses that employ more Californians, by not taxing them so much that they move to Texas.”

But such a large reduction in tax revenue, even if some of the money is replaced through other policy changes, would force tough decisions about what state government is able to provide. 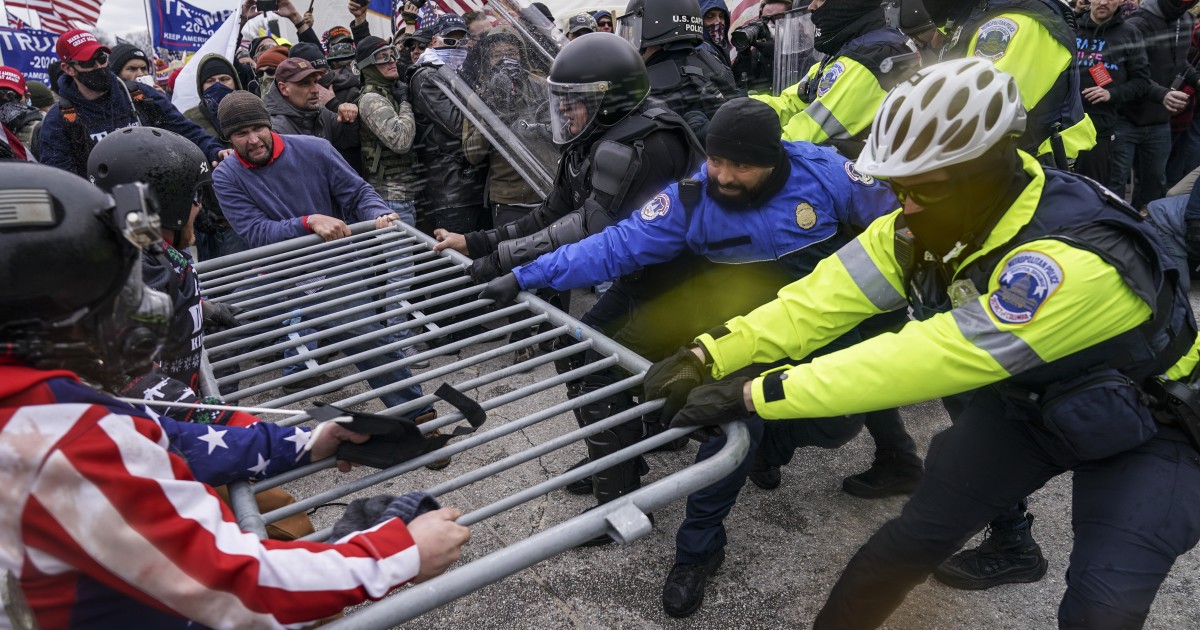 See the article :
Ad about insurrection at U.S. Capitol declined by Fox News
Fox News declined to broadcast an ad Sunday about the violence that…