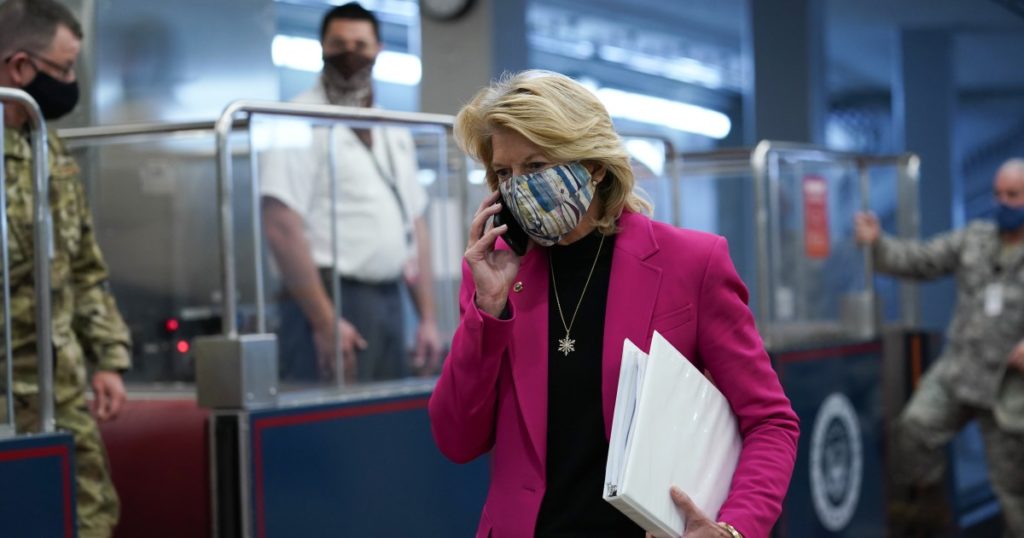 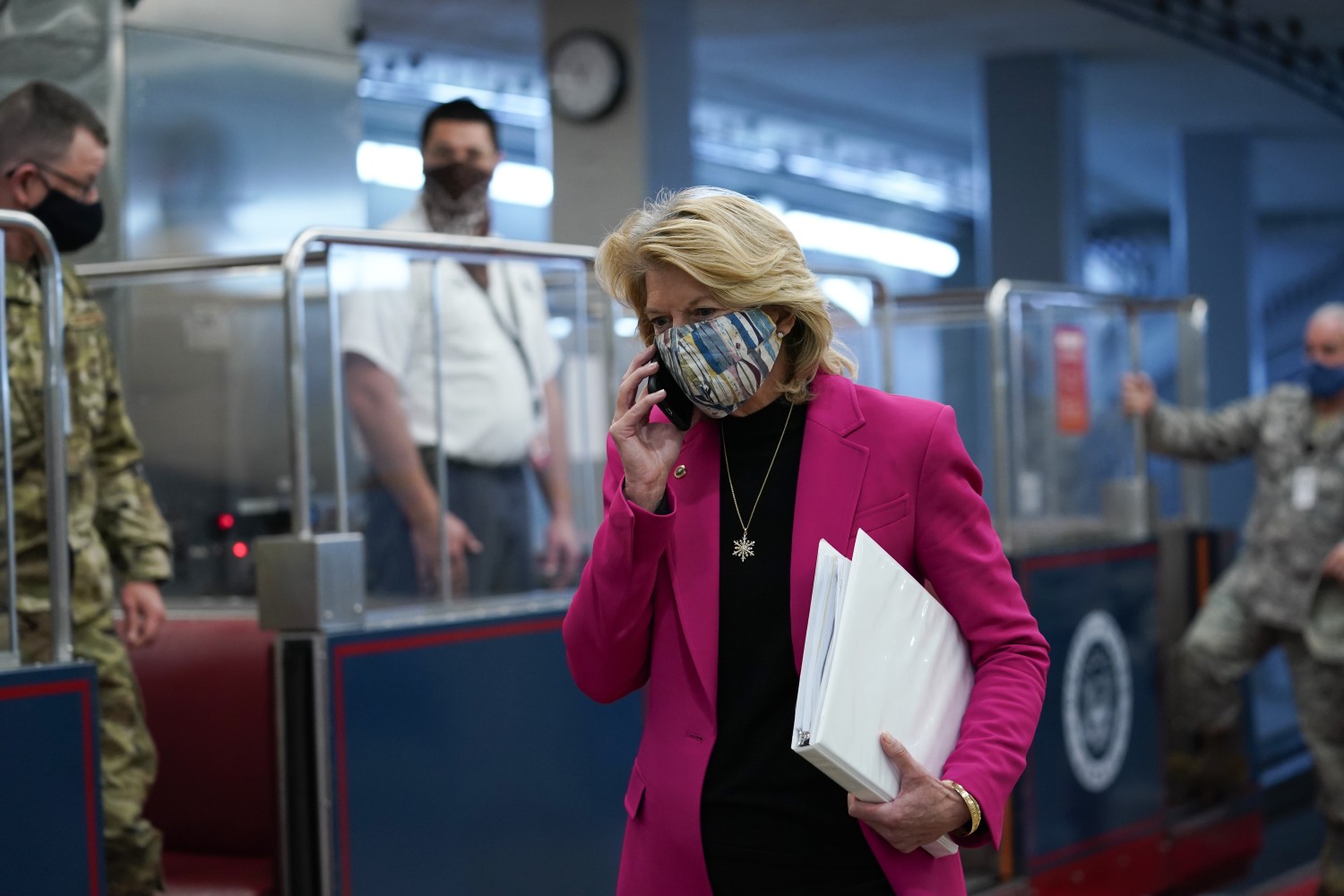 The dramatic shift in tone from Senate Republicans between two impeachment trials of former President Trump, just a year apart, reveals a party that has grown weary of defending its leader but lacks the fortitude to sever ties, with GOP lawmakers openly grappling this weekend with the difficult question of how to move forward after such a divisive trial.

In the wake of Trump’s acquittal Saturday, Republicans are divided on the power Trump will — and should — command in the Republican Party, including in the 2024 presidential election. Seven Republicans voted for conviction, a number so large that the vote will go down as the most bipartisan presidential guilty tally in American history; even so, the GOP votes represented just 14% of the Senate conference.

“Time is going to take care of that some way or another,” Sen. Charles E. Grassley (R-Iowa), who voted not guilty and is the longest serving Republican in the Senate, said shortly after the verdict. “But remember, in order to be a leader you got to have followers. So we’re gonna find out, whoever leads.”

When Trump faced his first impeachment trial in 2020, Senate Republicans rushed to defend him, deriding the House effort as a politically motivated witch hunt. Sen. Mitch McConnell (R-Ky.) pledged to work with Trump’s legal team to avoid conviction and referred to himself as “not an impartial juror.”

A year later, the reception from Senate Republicans was far different. As he stood trial for inciting the Jan. 6 insurrection at the Capitol that left five dead, the only one calling it a witch hunt was Trump himself. Republicans refused to defend Trump’s actions on the merits, instead relying on a legal argument that the Constitution didn’t allow for conviction of a former president.

From the start of Trump’s second trial, McConnell signaled he was open to conviction. And even though he ultimately voted not guilty, he scorched Trump on the Senate floor after the vote, leaving no doubt about how the most senior Senate Republican felt about the former president.

“There is no question that President Trump is practically and morally responsible for provoking the events of that day,” he said.

His sentiment was widely held among Senate Republicans, some publicly and some only privately. Even Trump’s strongest defender in the Senate, Sen. Lindsey Graham (R-S.C.), declined to defend the former president’s conduct ahead of and on Jan. 6.

“His behavior after the election was over the top,” Graham said Sunday, although he quickly pivoted to ridiculing the House impeachment managers.

“The trial record was a complete joke, hearsay upon hearsay,” the senator told “Fox News Sunday.”

Conviction — and a ban on running again, a possibility if the Senate had voted for conviction — stood as the most concrete way to push Trump out of the party for good, an idea that the majority of Republicans did not embrace. Still, some national Republican figures who have previously clashed with Trump suggested that their view of the ex-president as a destructive force would eventually prevail.

“I think there are far more people who agree that we have got to move on from Donald Trump,” Maryland’s Republican Gov. Larry Hogan said on CNN’s “State of the Union,” adding that had he been a senator, he would have voted to convict.

During the first impeachment trial, the 2020 election was a mere 10 months away and Republicans viewed the outcome as a likely pivotal factor in the race. At that time, Trump still had a Twitter account that he used to excoriate fellow Republicans who crossed him.

But during the sequel, Trump was no longer president, lacked a social media megaphone (he was permanently suspended from Twitter two days after the insurrection) and there is no immediately looming election. Republicans also viewed his actions as more grievous against the republic and against themselves.

Sen. Bill Cassidy of Louisiana, who also voted for conviction, suggested Trump had used sheer menace to try to bend others to his will, including the members of Congress who had gathered Jan. 6 to formally certify President Biden’s election win.

Cassidy also pushed back against the notion of the former president’s grip on the GOP, asserting that Trump’s “force wanes” within the party. “The Republican Party is more than just one person,” he said Sunday on ABC’s “This Week.”

The vote will serve as a dividing line among Senate Republicans that will become particularly important if Trump tries to resurrect his political career in the 2024 election.

While Trump’s standing is mixed within the ranks of Senate Republicans, he has many more allies in the House, though 10 joined Democrats in impeaching him last month.

The overwhelming majority of the chamber’s Republicans have stood by the former president, and attacked Democrats for engaging in what they described as a political vendetta.

House Minority Leader Kevin McCarthy (R-Bakersfield), who exchanged harsh words with Trump on Jan. 6 and criticized him in the days following the riot, has decided to keep Trump as an ally. Three weeks after the insurrection, McCarthy made a pilgrimage to Trump’s home in Florida and crafted an agreement with the former president to help House Republicans in the 2022 midterm elections.

While disappointed by the final vote tally, Democrats saw positive elements in the impeachment trial, saying they believed it might help Republicans move on from Trump. House managers who prosecuted Trump portrayed the Senate trial as a devastating revelation of the ex-president’s character — one they hope will eventually chip away at his standing in the party. Delegate Stacey Plaskett of the U.S. Virgin Islands said the prosecutors’ vivid compilation of events surrounding the Capitol riot allowed Americans to see “truly who Donald Trump was.”

Appearing on CNN’s “State of the Union” on Sunday, Plaskett portrayed Republican votes to acquit as an act of moral cowardice.

“They just decided that they wanted to give him a walk,” she said of the 43 senators who rejected the article of impeachment. “And they found a technicality that they created to do so.”