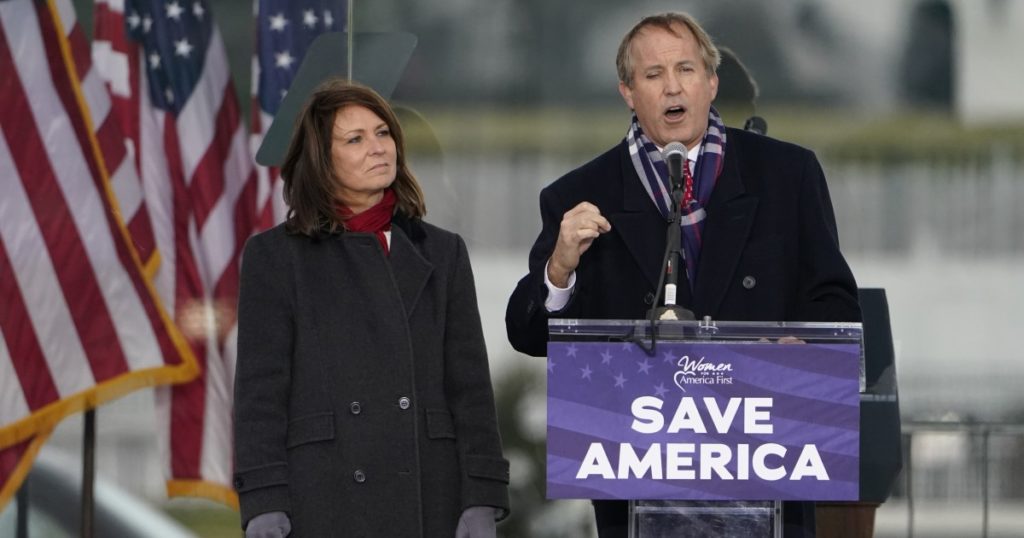 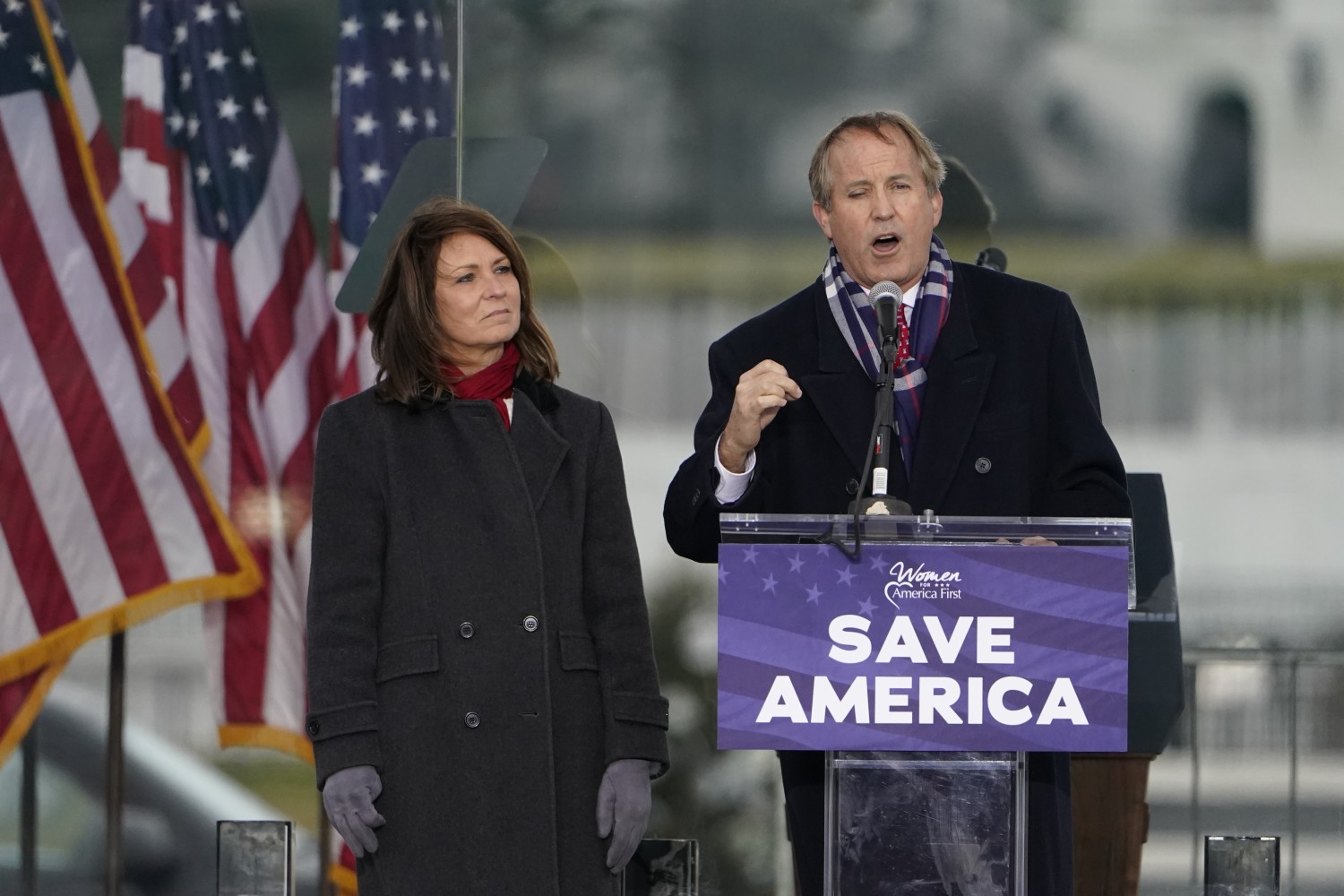 After Democrats succeeded in unraveling much of the Trump agenda through a California-led deluge of lawsuits, they now face a sobering reality: Their courtroom playbook is about to be turned against them.

Republican attorneys general are angling to retaliate with equal force, further pushing the boundaries of an elected position that not long ago was among the most apolitical in state government. In the modern era, it is the new launchpad for partisan attacks.

While Republicans may find in Biden a tougher target — legal blunders made Trump’s actions uniquely vulnerable — they are also backed by a better funded and more brazen political apparatus than Democratic state lawyers had going into battle with the Trump administration. The same “dark money” groups that funneled millions of dollars into helping Trump reshape the Supreme Court as president are now focused on helping Republican attorneys general undermine the Biden administration.

A benefactor of that money, the Republican Assn. of Attorneys General, has already launched a coordinated initiative it calls “save and defend” that aims to block many of Biden’s policy plans. Texas already took the lead in filing the first big lawsuit, which challenges Biden’s pause on deportations. More than a dozen GOP attorneys general warned last week they are preparing to sue the Biden administration to force approval of the Keystone XL Pipeline, after the president cancelled the permit as one of his first big actions to confront climate change.

“Republican attorneys general are holding the Biden administration accountable for pursuing policies that will cost American jobs and livelihoods,” said an email from Georgia Atty. Gen. Chris Carr, who chairs the association.

Democrats who say such relentless lawsuits were a more worrisome threat for the legally sloppy Trump team could be in for a jolt.

“This is going to be a potent weapon for Republicans,” said Paul Nolette, a political science professor at Marquette University who closely tracks state lawsuits against the federal government. “The office of the attorney general has become something more nationally focused in preparing these lawsuits and having them ready to go. Just because Trump is out of office, that is not going to change.”

Biden’s strategy to push the limits of executive action, Nolette said, subjects the president’s agenda to some of the same legal vulnerabilities as Trump’s. He pointed to the effort to ease immigration restrictions as an example of an inviting target for GOP litigators. With no clear Congressional guidance on the matter, an expansion of the rights of immigrants could face court challenges just as perilous as those that undermined Trump’s efforts to ban Muslims and step up deportations.

The Republican attorneys will also be working to scuttle Biden’s plans for climate action, expanded access to healthcare and enhanced consumer protection in courthouses that have grown more sympathetic after a raft of Trump-era judicial confirmations.

Any victories those judges hand to Republicans, meanwhile, could prove expansive — after district court judges ruling over the cases Democrats brought against Trump set a new precedent of issuing nationwide injunctions against administration policies. Such injunctions were a rarity not long ago.

“It is something that bothered President Trump a great deal,” said James Tierney, the former Democratic attorney general of Maine and a lecturer at Harvard. “I have no doubt it will bother President Biden a great deal. One judge can shut down the whole country.”

Republicans are plotting their legal offensive as Democrats are completing their victory lap after filing a record 156 lawsuits against the Trump administration. Their success rate of 80% also broke a record. Some cases filed by Democrats are being withdrawn, others are staying on the docket for now, as a cudgel to push the new administration to swiftly follow through with promises to reverse Trump various policies.

The litigation California engaged in to protect the state’s power to set its own vehicle emissions rules and impose “net neutrality” rules on Internet service providers has fizzled amid a friendly administration. California has also been able to move on from its fight with the U.S. Census over the counting of undocumented immigrants, and back off its fight with environmental regulators over methane emissions, now that the Biden administration is moving to again enforce the rules the Trump administration scrapped.

But many other cases linger, including the nine California Atty. Gen. Xavier Becerra filed on Trump’s last day in office, which relate to such issues as air pollution, energy efficiency standards and protections for migratory birds.

The crusading nature of the suits on both sides of the aisle has some legal scholars and former attorneys general suggesting it is time to turn down the temperature.

“Standing up and defending the sovereignty of your state is the obligation of the attorney general, said Greg Zoeller, the former Republican attorney general of Indiana. “With that said, there is no question there have now been a number of times when attorneys general are bringing these cases over policy disagreement rather than a legitimate legal challenge.”

When former Maryland Atty. Gen. Doug Gansler took office in 1999, he was impressed by how little politics infected the work, with almost all of the national activity focused on collaborating across party lines. “My first meeting at the National Association of Attorneys General I was told, ‘Here you are an attorney general. You can do politics at home,’” the Democrat said. “It was very clubby. There was a sense we all agreed on issues of states’ rights.”

Things are different now, with the agenda increasingly driven by partisan groups like the Democratic Attorneys General Assn. and its Republican counterpart. The GOP group, which has drawn headlines for notably brazen fundraising tactics, caused big headaches for President Obama when he was in office, winning court victories that undermined key policies. The group’s partisan leanings — and war chest — have grown substantially since then.

Under the leadership of former Oklahoma Atty. Gen. Scott Pruitt, who would go on to lead Trump’s deregulatory onslaught as chief of the Environmental Protection Agency, members of the association allowed unprecedented access to energy company and other corporate donors, who in turn stepped up their contributions.

The eagerness to use the tools of the office for partisan advantage have intensified since then, with 17 Republican attorneys general bolstering Trump’s baseless claims that he was cheated out of victory by suing to invalidate the presidential election. The fundraising arm of the Republican Attorneys General Assn. Association made robocalls urging people to attend the Jan. 6 Trump rally that precipitated the violent insurrection at the Capitol.

The robocall, first reported by the watchdog group Documented, was a bridge too far for some GOP attorneys general, who said staff unleashed it without authorization. It was followed by the abrupt resignation of the association’s executive director.

The departure, though, hardly signaled the group is rethinking its plans to bury the Biden administration in litigation.

“Attorneys general are now challenging just about every major policy that comes out of Washington,” said Nolette, the political science professor. “I fully expect Republicans will now keep that trend going. This is here to stay.”