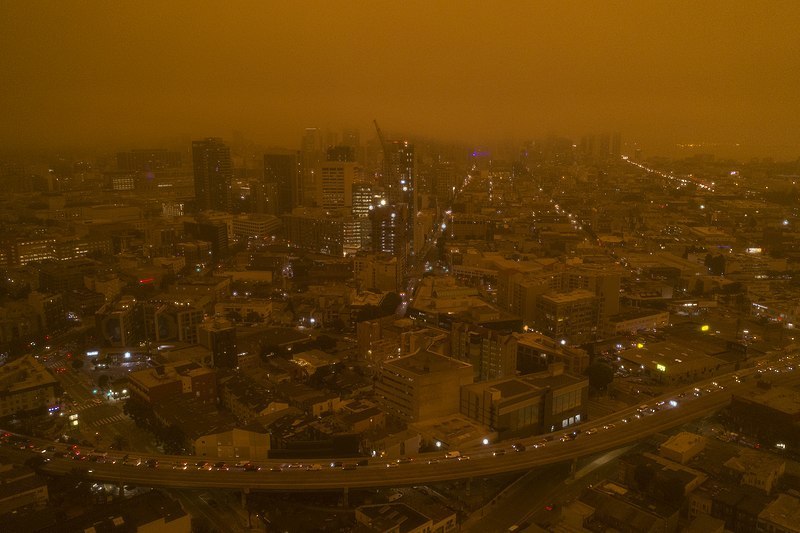 Despite everything, there was some good news in the safe and livable streets movement in 2020. So let’s start there.

A substantial rescue package passed the Congress last weekend, giving a $975 million lifeline to Bay Area transit agencies (according to the most recent estimate from MTC). Thanks to the “Slow Streets” movement, which started in Oakland, more public space is now available in America for all people instead of just motorists. The challenge next year will be to hold onto it. “Amtrak Joe” Biden was elected and will be president in a few weeks, despite the best efforts of an orange, blundering despot-wannabe and his coup attempt. Biden’s nomination for Transportation Secretary, Pete Buttigieg, may not be a favorite choice of Streetsbloggers, but he’s not Elaine Chao.

And, thank goodness, the world now has effective COVID-19 vaccines getting stuck into more and more arms.

Streetsblog had a few small reasons to celebrate too. As advocates know well, fighting for safe streets is often done out of faith; it’s rarely possible to connect one’s advocacy work with specific results. This year was different. When the lockdowns began, Streetsblog was one of the first to call out the “shelter in place” order for naming auto repair shops as “essential businesses,” while omitting bike shops. Streetsblog immediately contacted Mayor Breed’s office and wrote about it later that day. Joined by allies at the San Francisco Bicycle Coalition and elsewhere, the problem was quickly corrected. And Streetsblog was one of the few voices pushing hard to stop a last-minute parochial power grab by two San Francisco supervisors that would have killed the November Caltrain ballot initiative. In the end, Caltrain was saved by a lone ‘no’ vote on the changes by SFMTA Board Director Cheryl Brinkman. Brinkman cites Streetsblog’s coverage as instrumental in her decision to cast that decisive vote. Without it, the Caltrain measure would be getting ripped in court right now–if it had passed at all.

But, of course, 2020 was, and continues to be, primarily a waking nightmare.

At the time of this writing, there are 320,000 Americans dead by a combination of COVID-19 and a failed national response. Cases are surging everywhere, disproportionately among Black and brown communities. Black Americans continue to struggle in cities planned around systemic racism–and to die at the hands of criminals within the ranks of America’s police forces. Record-breaking fires raged throughout California, destroying homes and turning the skies of the Bay Area a Martian red. It’s becoming obvious that climate change isn’t a future threat–it’s upon us now with a vengeance.

And amidst it all, people keep dying on our streets thanks to f*cked up priorities that put speed and automobile throughput above life and limb.

Streetsblog wants to express its sympathies to all of our readers who have lost and suffered this year. And we want to thank you for helping us carry on with the important work of highlighting the safe and livable streets movement. You have been an inspiration. We are honored to have received so much support in a year when so many are struggling.

Streetsblog San Francisco will update its headlines list tomorrow, Wed., Dec. 22 and will syndicate stories from its affiliates. After that, it will take a much-needed hiatus, returning to full publishing on January 4, 2021.

If you haven’t done so already this year, please consider making a donation now.

And again, THANK YOU for your generosity and support.