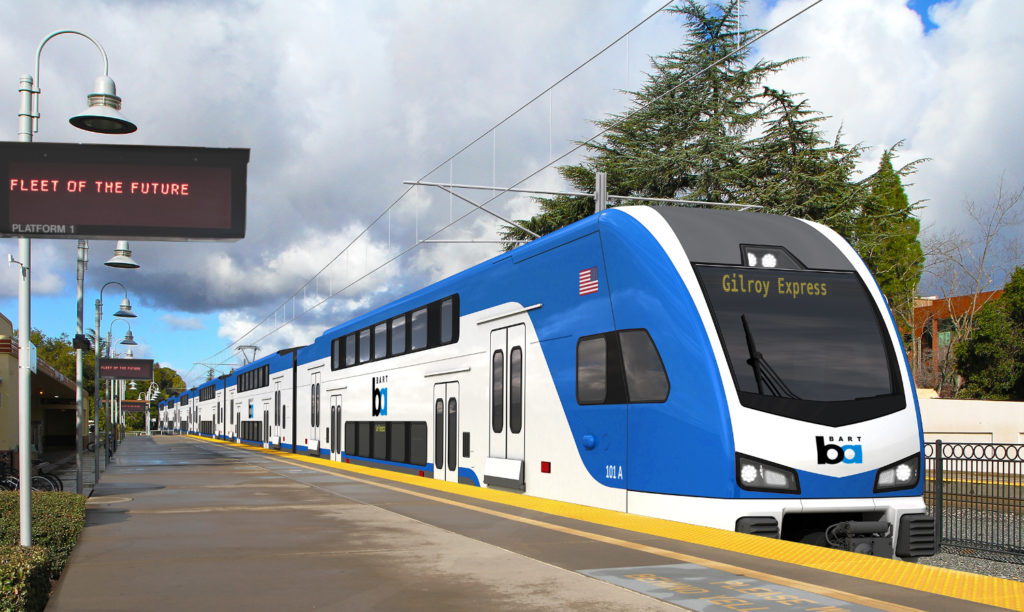 BART and Caltrain essentially do the same thing: they carry people great distances around the Bay Area. They’re both supported, to different extents, by taxpayers. So why should each have its own governance, ticketing, and schedules that make it difficult if not impossible for riders to use them both in any kind of seamless manner?

The answer from voters and taxpayers is clear: they should not be separate. That was the takeaway from a recent poll paid for by the Bay Area Council. From their release about the poll:

The idea of merging Caltrain and BART has been around for decades, but hasn’t gained enough traction to become anything more than an idea. That could be changing, with Caltrain exploring new governance and management models and public transit systems working to restore ridership that has plummeted during the COVID pandemic.

The Bay Area Council Poll found 83% of respondents support combining BART and Caltrain into a single integrated system. Support rises to 86% when respondents are told that a merged system “would provide for a more efficient, convenient and better service and allow continuous rail around the bay.”

“We need to look at every option for improving our public transit systems, restoring ridership, and ensuring we’re making the best use of limited resources to keep our region moving,” said Jim Wunderman, President and CEO of the Bay Area Council in the release. “The Bay Area transportation system has long suffered from balkanization that has created inefficiencies and not always put riders first. Whether or not merging Caltrain and BART is ultimately the right thing to do, these results send a loud message that we need to do a much better job of connecting and coordinating our many transit systems. The pandemic has put even more urgency around that.”

This is the mission that drives the advocates at Seamless Bay Area, which wants better integration across all of the Bay Area’s nearly 30 transit operators.

“The poll showing very strong support for combining BART and Caltrain reaffirms what several other recent polls have shown, which is that seamless integration of transit is extremely popular among transit riders. This poll feels especially meaningful because it also shows that, contrary to what some transit agencies may think, riders are not especially attached to existing transit agencies as they are currently organized, and that a large number of riders support combining multiple agencies into fewer if that can support seamless, higher quality service and connections,” Ian Griffiths, Seamless’s policy director, told Streetsblog.

“For sure, there are many details to work out with a BART-Caltrain merger–but the message from riders is clear–they want decision-makers to overcome those barriers and get it done.”

There are multiple ways to provide service that feels integrated from the perspective of customers. What’s really clear is that people – transit-riders and people who don’t use transit today – would like a system that works in an integrated fashion https://t.co/sTie509jgQ

“These results are consistent with our smaller survey of the Friends of Caltrain audience, where 80-90% of respondents supported coordinated regional rail service, with 57% supporting a BART-Caltrain merger. That survey used the institutional options that Caltrain included in its presentation at the March board governance workshop,” wrote Levin in her post about the Bay Area Council poll.

“While some local political leaders are concerned about making sure that institutional structures are cost-effective and benefit constituents – this poll very clearly shows that voters find the idea of a well-integrated regional rail network to be overwhelmingly popular.”

Indeed, as Streetsblog has posted about as well, the push for a transit system that’s managed in a way that customers don’t have to deal with awkward transfers and a confusing array of disjointed fare structures with expensive transfers would go a long way towards making the region more navigable without a car. Even if transit operators such as BART and Caltrain aren’t literally merged into one agency, they should appear as if they are to riders. That means creating a “network manager” to collect fares across all systems in a way that makes BART, Muni, Caltrain, etc. appear as a single system, much like the great transit networks of Europe.

Of course, the political challenges are real–and will require a coordinated, ongoing push. One can only hope this poll will add to the pressure on operators to put riders above their own myopic interests. And if that doesn’t work, pending legislation in Sacramento to force integration might do the trick.