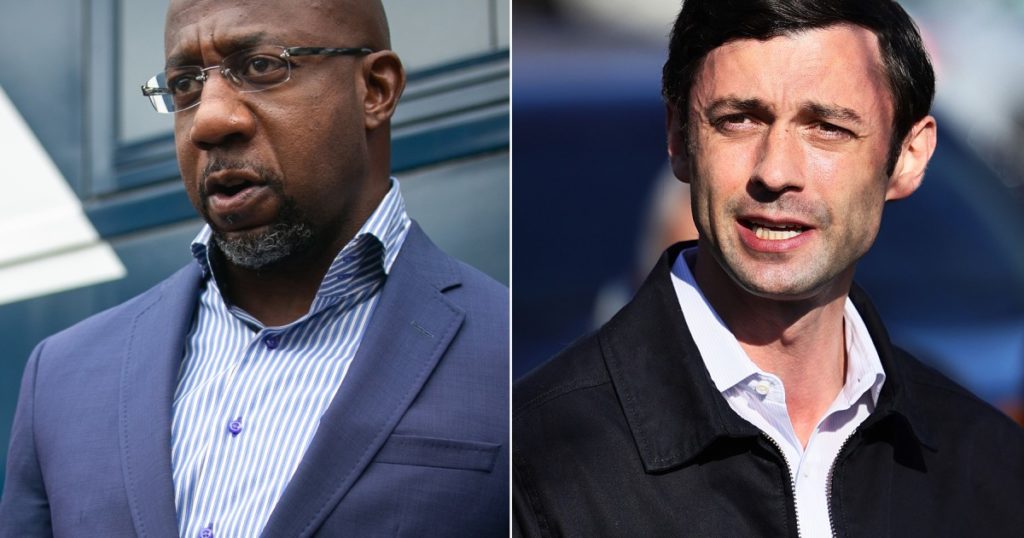 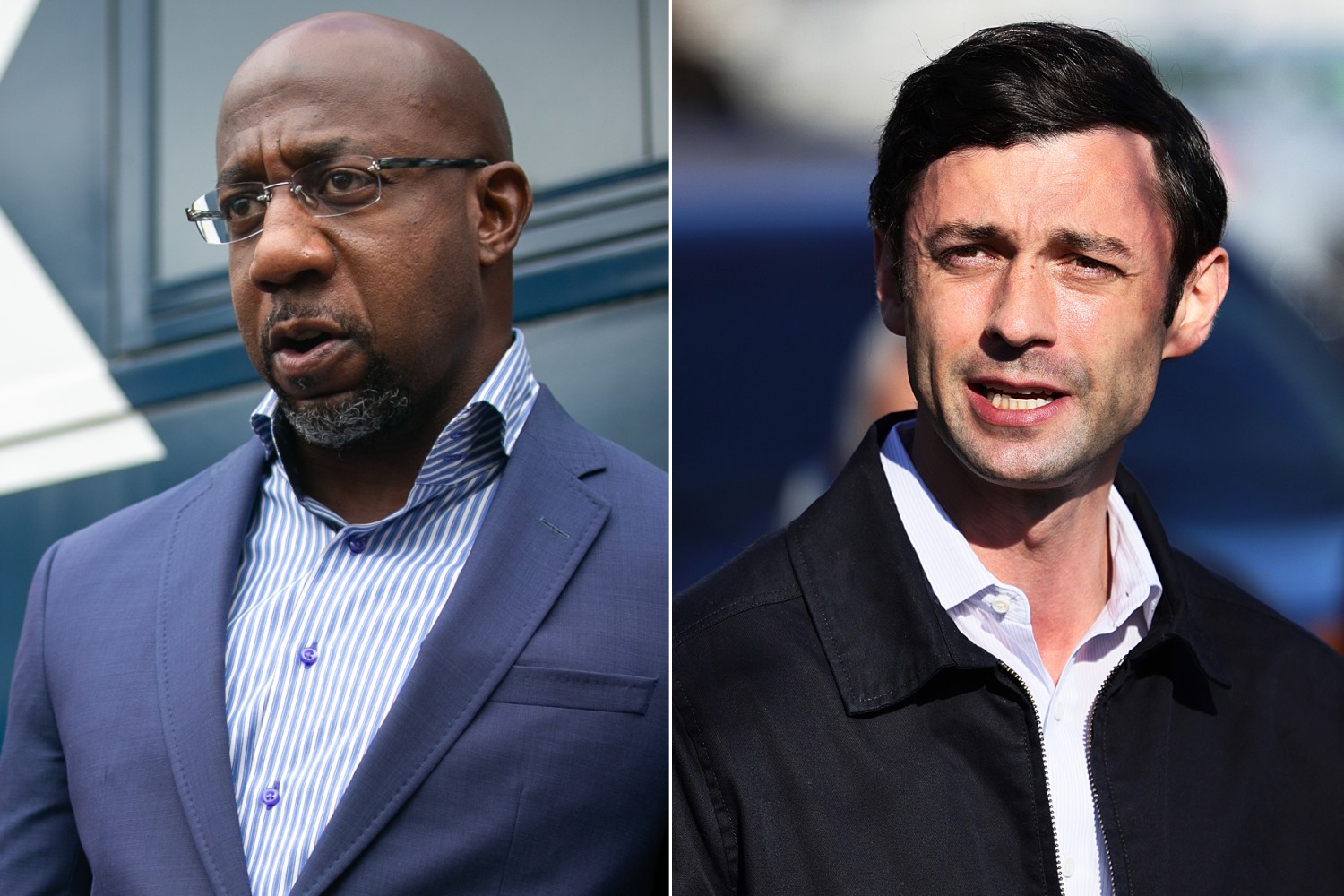 Democrats are on the cusp of taking control of the Senate as they celebrate the Rev. Raphael Warnock’s win in one of two Georgia runoffs and as Jon Ossoff declared victory in the other.

“It is with humility that I thank the people of Georgia for electing me to serve in the U.S. Senate,” Ossoff said in a video released Wednesday morning, as his margin of victory over Republican David Perdue, whose Senate term expired Sunday, grew to more than 16,000 with 98% of the vote counted.

Final votes were still being counted, and the race has not been officially called in Ossoff’s favor. But Republicans were pessimistic because most of the remaining uncounted ballots were from the Atlanta and Savannah regions — areas where Democrats have piled up significant majorities.

A key question is whether the race will be decided by a sufficient margin to avoid a recount. Under Georgia law, a candidate can request a recount if the margin is less than 0.5%; the gap early Wednesday was at 0.4%.

But the Democrats seem to have gone beyond holding together the coalition that delivered victory in Georgia for President-elect Joe Biden in November. Both Warnock and Ossoff were leading their GOP rivals by more votes than Biden’s margin over President Trump — thanks in large part to strong turnout among Black voters.

The Republicans’ prospect of losing the Senate — their last bastion of power — loomed as they headed into a momentous day Wednesday. Congress is poised to officially confirm Biden’s victory in the presidential election, but only after a doomed-to-fail effort by many Trump allies who are planning to challenge the inevitable conclusion.

Top Senate Democrat Chuck Schumer of New York welcomed the results in Georgia, which, if they play out as expected, will make him Senate majority leader. “It feels like a brand-new day,” Schumer said. “For the first time in six years, Democrats will operate a majority in the United States Senate — and that will be very good for the American people.”

Neither Biden nor Vice President-elect Kamala Harris has commented yet on the Georgia results. Biden’s incoming chief of staff, Ron Klain, said that Warnock’s rival, GOP Sen. Kelly Loeffler, hurt herself by declaring on the eve of the election that she would back Trump’s effort to block approval of Biden’s victory.

“Spitballing here, but it may be that telling voters that you intend to ignore their verdict and overturn their votes from the November election was NOT a great closing argument for @KLoeffler,” Klain wrote on Twitter.

Even before Ossoff declared victory, Republicans were already beginning to blame Trump for the party’s poor performance, saying his futile, baseless effort to overturn his own loss in November bitterly divided the party and undercut its candidates in Georgia, who were trying to portray a continued GOP Senate majority as a firewall against Democratic power.

“The president effectively eliminated the most potent Republican argument by refusing to acknowledge he lost in November,” said Josh Holmes, a GOP strategist close to Senate Majority Leader Mitch McConnell of Kentucky.

Holmes, who described the mood of the GOP now as “boiling,” said Republicans’ embrace of Trump-era conspiracy theories has especially hurt the party among suburban voters.

“Suburbs, my friends, the suburbs,” Holmes said on Twitter. “We went from talking about jobs and the economy to QAnon election conspiracies in 4 short years and — as it turns out — they were listening!”

Bernard L. Fraga, a political scientist at Emory University, tweeted that it was likely that more Black voters will have cast ballots in the runoff than in the presidential election, a remarkable reversal from previous such contests, when Black turnout typically drops. Overall turnout is likely to come in at just under 90% of what it was in November.

Poised for their party to take control of Congress, left-wing Democrats ratcheted up pressure on the party to pursue a progressive agenda, even though a 50-50 split in the Senate, with Harris casting a deciding vote as vice president, will make their most ambitious proposals difficult to pass.

The level of government aid to Americans hit hard by the COVID-19 pandemic was among the curveballs Trump threw at the Republican candidates in Georgia. The president made an 11th-hour pitch to increase to $2,000 the $600 checks to individuals that Congress was going to approve as part of COVID-19 relief legislation.

The GOP-controlled Senate rejected that idea, even though Perdue and Loeffler backed the increase. Biden, speaking in Georgia on Monday, seized on the issue by promising to provide $2,000 if Democrats won control of the Senate.

Rick Tyler, a Trump critic who was a political advisor to former House Speaker Newt Gingrich, said: “You would have to credit President Trump with completing his trifecta of losing the House, the White House and now the Senate. Will the Republican party ever wake up?”