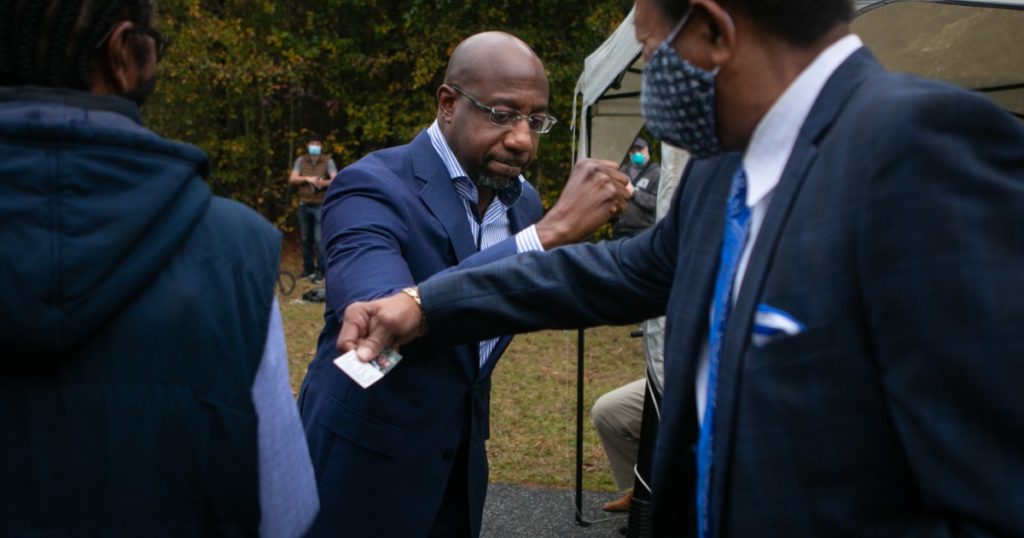 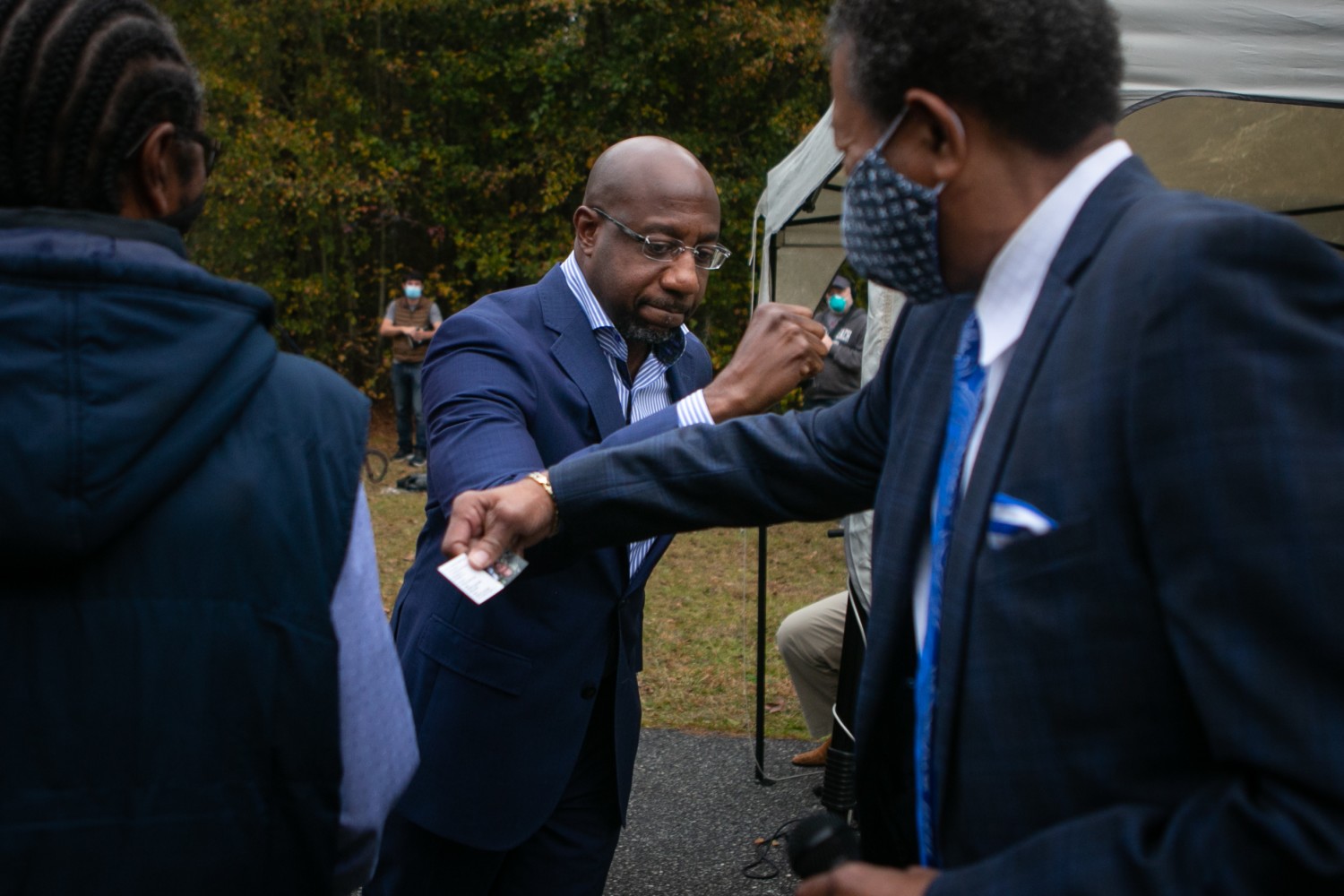 Within moments of flipping a thumbs-up in support of the coronavirus stimulus package on the Senate floor Monday night, Sen. David Perdue was surrounded by the chamber’s top three Republican leaders.

The four men, huddled in masks for 15 minutes, share an objective: getting Perdue and fellow Georgia Republican Sen. Kelly Loeffler through intense runoff races in two weeks in order to win control of the Senate. And their hope is that Monday night’s vote — to send billions of dollars in coronavirus aid to Georgians and other Americans — will help them do it.

Washington Republicans and Democrats have kept the Georgia Senate races front of mind, calculating how their moves would help or hurt their candidates. Though the state is traditionally conservative, voters last month narrowly supported a Democrat for president — for the first time since 1992.

The race is so close that both parties have shied away from certain topics, hoping to both sway voters and avoid turning them off. Moderate Democrats worried a vote to legalize marijuana would paint Democrats as radicals. (The House voted on it anyway.) President-elect Joe Biden warned civil rights leaders that pressure about police reform could hurt the Democrats, according to audio of a call posted by the Intercept.

Republicans had their own concerns. Last week, Senate Majority Leader Mitch McConnell (R-Ky.) told his fellow Senate Republicans, who were skeptical of spending big on a new coronavirus stimulus package, that Loeffler and Perdue were getting “hammered” over the issue and needed the bill, according to people familiar with the private conversation.

The unique nature of the Georgia Senate race — special election runoffs to determine political control of the Senate and with it, a significant influence on Biden’s agenda — means party leaders have to take it into consideration when making decisions, said former House Speaker Newt Gingrich, who represented a Georgia district.

“Unless they’re foolish, of course,” he quipped. “I don’t know of any runoff in American history that is as consequential as the Georgia runoff in January.”

President Trump, however, threw a wrench in the process on Tuesday night, releasing a video criticizing the legislation that Senate Republicans have agonized over.

“I’m asking Congress to amend this bill and increase the ridiculously low $600 to $2,000, or $4,000 for a couple,” he said. “I’m also asking Congress to immediately get rid of the wasteful and unnecessary items from this legislation.”

Republicans have already been walking on eggshells around Trump, who has the power to encourage or discourage his supporters from voting. For weeks, Republican elected officials refused to acknowledge that Biden had won the election out of deference to Trump’s unsubstantiated claim that he was the victim of massive voter fraud. The risk of an angry Trump tweet discouraging GOP voters from turning out in Georgia was too high a price to pay, Republican aides said privately.

In recent days, conservative Georgians have pressured Loeffler and Perdue to do more to support the president, such as backing an effort to block the the electoral college vote.

While Georgia may loom large in the minds of Washington, the opposite may not be true. Special elections are historically driven by which party can turn out more loyal supporters. Unlike in a presidential race, only the most ardent voters typically cast a ballot in a special election.

“There’s always going to be speculation about what happens in Washington, D.C., and whether and how well it will play in Georgia,” said Rep. Hank Johnson (D-Ga.). “We’re going to have to turn out our base voters.”

Still, a new stimulus bill — which has been under debate in Washington for months and was approved by the Senate on Monday — has played prominently in the race so far.

Democrats Jon Ossoff and Raphael Warnock have framed some of their message around helping Biden and his agenda — such as a stimulus bill — by delivering control of the Senate. Supporters have even gone so far as to say a vote for Ossoff and Warnock is a vote for another $1,200 stimulus check, the amount proposed by Democrats.

Both Ossoff and Warnock are critical of the plan approved by Congress this week, arguing that it should have been approved months ago and should have been bigger, echoing the messaging from Democrats in Washington. The amount of the stimulus check, for instance, was knocked down to $600.

Perdue released an ad touting the bill as his accomplishment just hours after he cast his votes in support. “Sen. Perdue never gave up. Perdue again delivered meaningful help for Georgians,” the narrator said in the ad, citing checks for individuals along with money for vaccine distribution and unemployment aid.

While Congress had hoped to finish up its work for the year with the passage of the stimulus bill, there is still another looming issue — and vote — that could affect the race.

Trump has threatened to veto a national defense bill that funds the military and contains two mistakes in the eyes of the president: it requires military bases named for Confederate soldiers to be renamed, and it does not repeal liability protections for social media companies.

Loeffler, Perdue and many other congressional Republicans supported the bill. But if Trump vetoes it, they will have to decide whether to support Trump’s veto or risk angering the president with their opposition.