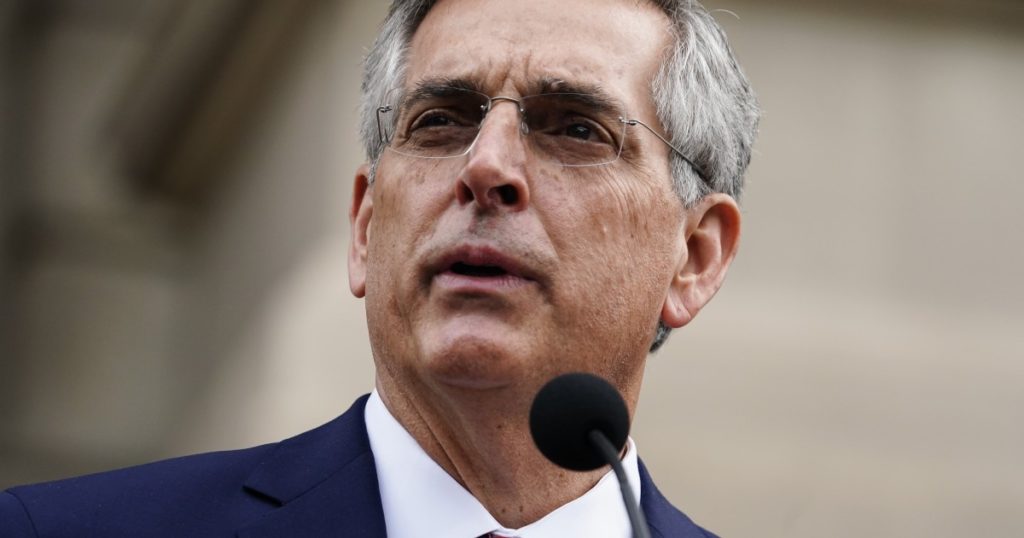 A month after then-President Trump pressured Georgia election officials to “find” enough votes to overturn his loss in the battleground state, a prosecutor in Atlanta has opened a “high-priority” criminal investigation into attempts to influence the results of Georgia’s 2020 election.

Fani T. Willis, the newly elected Democratic district attorney in Fulton County, said in a letter Wednesday to the Georgia secretary of state that her office was examining a raft of potential criminal acts related to the bitterly fought election.

“This investigation includes, but is not limited to, potential violations of Georgia law prohibiting the solicitation of election fraud, the making of false statements to state and local governmental bodies, conspiracy, racketeering, violation of oath of office and any involvement in violence or threats related to the election’s administration,” Willis wrote.

The letter did not mention Trump by name, but Willis wrote that her investigators had no reason to believe that any Georgia official would be a target.

After losing Georgia by nearly 12,000 votes, Trump raised a barrage of baseless claims of election fraud and accused Republican leaders in the state, including Secretary of State Brad Raffensperger and Gov. Brian Kemp, of not working hard enough to help him overturn the result.

“All I want to do is this,” Trump told Raffensperger in an hourlong phone call Jan. 2 that state officials recorded. “I just want to find 11,780 votes, which is one more than we have, because we won the state.”

News of the Georgia investigation came as the U.S. Senate conducts a second impeachment trial of Trump, who is charged with incitement of insurrection for allegedly provoking a mob to storm the Capitol on Jan 6.

“The timing here is not accidental given today’s impeachment trial,” Jason Miller, Trump’s senior advisor, said in a statement. “This is simply the Democrats’ latest attempt to score political points by continuing their witch hunt against President Trump, and everybody sees through it.”

In letters to Raffensperger and other state officials, Willis asked them to preserve all documents that could be evidence of attempts to influence the actions of people administering the election.

The investigation, she wrote, could go before a grand jury as soon as March.

“I know we all agree that our duty demands that this matter be investigated and, if necessary, prosecuted, in a manner that is free from any appearance of conflict of interest or political considerations,” Willis wrote.

While Trump faces little chance of conviction in his impeachment trial in Washington as long as a majority of Republicans remain reluctant to cross him, the Georgia investigation is moving forward in an urban, Democratic stronghold where potential jurors could be less sympathetic.