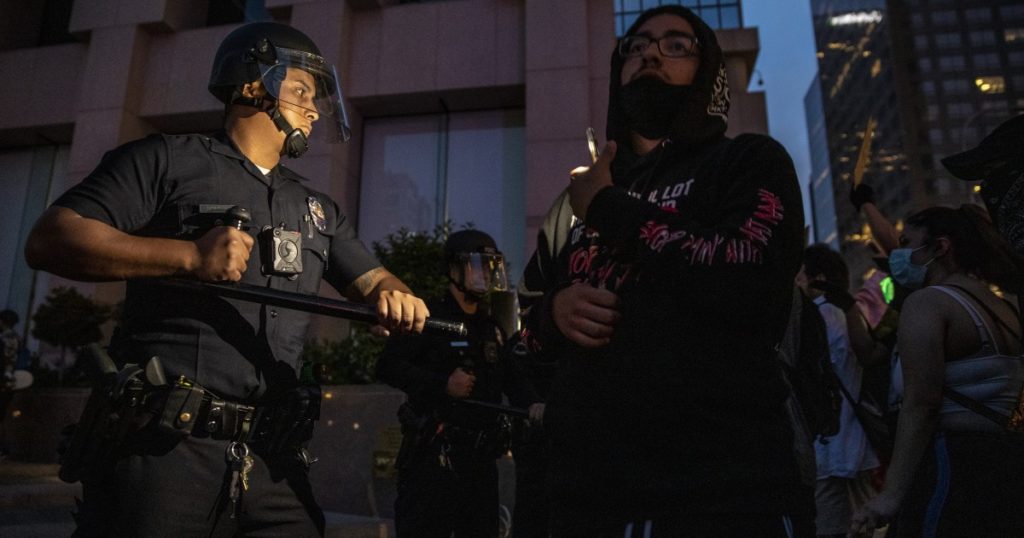 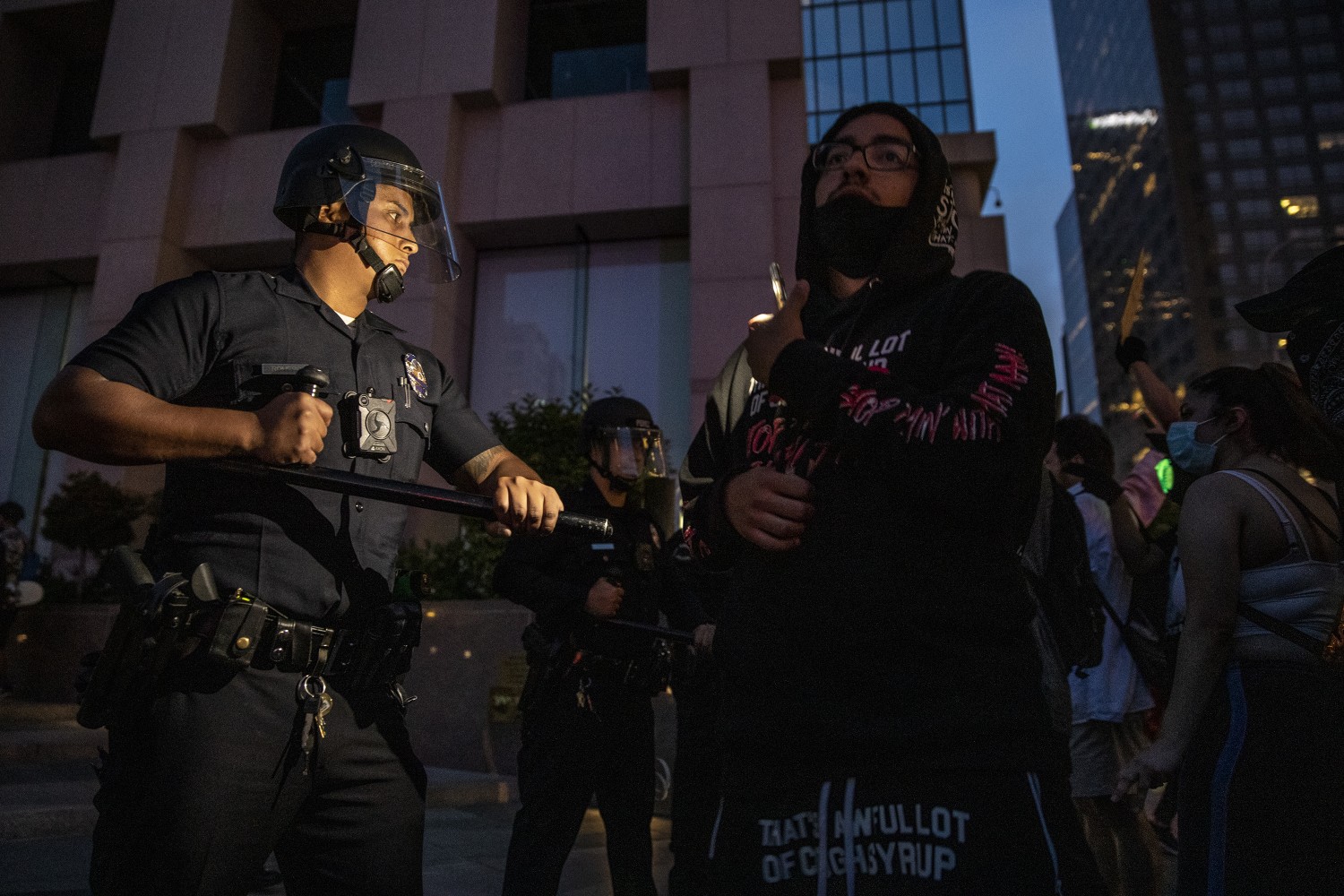 In Washington, just north of the White House, the slogan decorates the plaza named for the movement in giant yellow letters. Lawmakers invoke the phrase in the halls of Congress, and tens of millions of dollars have poured into groups dedicated to the Black Lives Matter movement’s priorities of ending police brutality and racial injustice.

Last September, Kamala Harris — then a vice presidential nominee — praised the movement, speaking of “the brilliance and the impact of Black Lives Matter,” which she called “the most significant agent for change within the criminal justice system.”

One year after the killing of George Floyd and the largely peaceful protests it spawned, the BLM movement has achieved mainstream recognition in the United States and beyond, with protests last summer hitting all seven continents. But the movement now faces the same challenge many grassroots efforts have: how to move beyond the recognition toward concrete solutions.

The broad decentralized movement gained national prominence in the wake of the 2014 Ferguson, Mo., protests, with the Black Lives Matter Global Network Foundation being the most recognizable organization to emerge. In 2015, the group disavowed affiliation with either national party. Yet, over the last year, the BLM global network has increasingly sought influence in Washington and chosen sides: fundraising through a newly formed political action committee to help tilt the control of the Senate toward Democrats; proposing legislation on police reform; and, while he was in office, pushing for the second impeachment of President Trump.

Some activists say they are growing frustrated with lawmakers who use their rhetoric for political gain while offering only meager reforms.

In the past year, “we’ve learned to not be fooled by lip service, stated commitments, declarations and pledges of policy,” said Melina Abdullah, co-director of Black Lives Matter Grassroots, which coordinates the work of chapters in the United Kingdom, Canada and Brazil.

“Because the minute you turn your head, that policy can revert into the status quo or do something more harmful,” said Abdullah, who also co-founded the L.A. chapter. A spokesman for the foundation declined to make its executive director, Patrisse Cullors, available for an interview.

The confluence of the COVID-19 pandemic and a nearly nine-minute viral video that showed a white Minneapolis police officer kneeling on the neck of a Black man last May made the summer of 2020 ripe for social unrest, said Christopher Sebastian Parker, a political scientist at the University of Washington.

“Those two things combined were something we had never seen,” Parker said. “It put on the front burner the racial divisions of this country.”

Frustration over the pandemic’s unequal economic and healthcare effects on marginalized communities only added to the mix. And with so many Americans out of work or working from home, “people were barraged with this video from sunup to sundown,” Parker said, adding that the massive “protests signaled to lawmakers they needed to do something about police brutality.”

Carving a path in Washington

For months, Washington lawmakers heard demands from across the country to defund the police and reallocate the funding to community-based programs to improve Black people’s lives. President Trump, who called for the military to break up protests, also issued an executive order that leveraged federal grants to improve police training and hiring.

The Democratic-controlled House of Representatives responded to the protests last June by passing the George Floyd Justice in Policing Act, a bill sponsored by Rep. Karen Bass (D-Los Angeles) that would create national policing standards to bolster accountability, and ban chokeholds and certain no-knock warrants.

The Republican-controlled Senate, led by Sen. Tim Scott (R-S.C.) passed a bill that would leverage emergency grant programs to increase the use of body cameras on officers, collect information about police use of force, and make lynching a federal hate crime, a largely symbolic gesture Congress has unsuccessfully attempted nearly 200 times.

Though Democrats won control of Congress in the 2020 election, they need at least 10 Senate Republicans to get their bill to Biden’s desk. Read also : Atlanta spa shootings reshape Biden’s Georgia victory lap.

During his joint session address last month, President Biden called on lawmakers to reach an agreement by May 25, the anniversary of Floyd’s killing. Chances for any compromise seem slim, but on Tuesday, Booker, Bass and Scott said in a bipartisan statement they “continue to make progress toward a compromise and remain optimistic about the prospects of achieving that goal.” 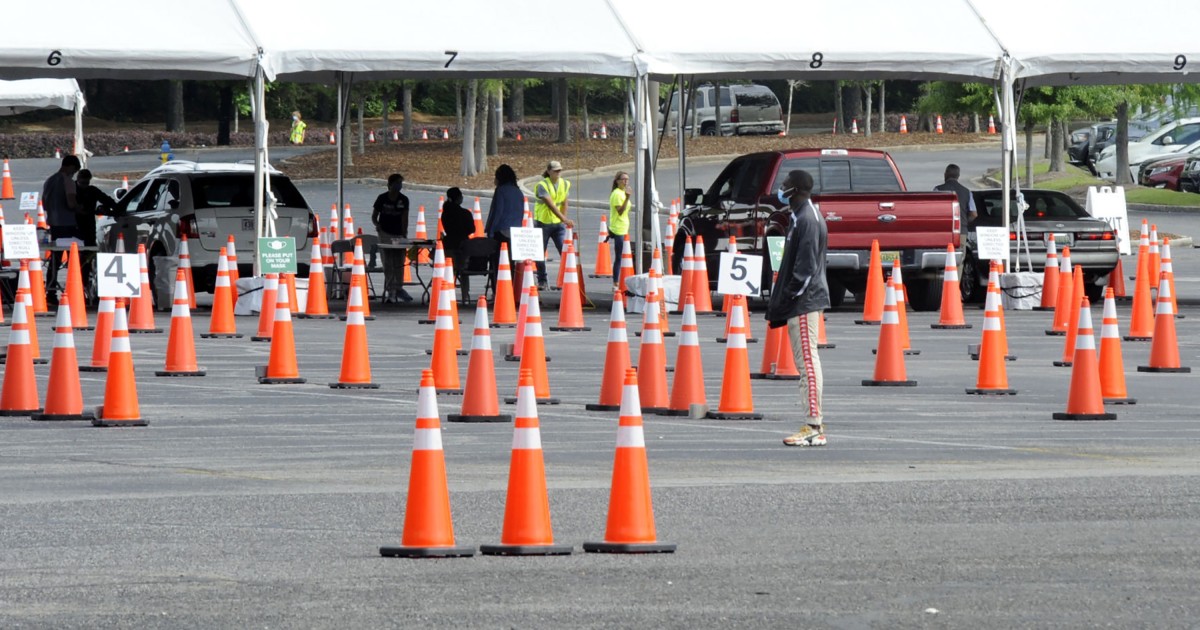 To see also :
Why are COVID vaccine rates so low? We asked politicians
For more than a year, Steve Allender, the Republican mayor of Rapid…

Although the movement may have finally prodded Washington to seriously take up police reforms, its broad calls to defund the police have run afoul of Democratic Party leaders such as James E. Read also : Amid GOP opposition, Becerra faces first of two hearings this week over HHS nomination. Clyburn of South Carolina, one of the longest-serving Black lawmakers, who said the slogan cost them seats in both chambers.

The global network said it was not invited to a roundtable of civil rights groups to discuss priorities after the election, despite an open letter requesting to meet with Biden and Harris. The White House declined to comment on the letter.

Veteran groups like the NAACP Legal Defense Fund back the Democratic bill’s passage, but the BLM global network does not because it does not call for defunding the police, Abdullah said.

“Investing more dollars is not the solution,” she added. “Governments should be “divesting dollars from the police so that we can invest them in things like drug rehabilitation programs and mental health resources that make communities safe.”

The organization instead backs the Breathe Act, largely an outline of reform that would reallocate funding to community programs, but which holds little support outside a few progressive Democrats.

Meanwhile, the BLM global network, which said it raised over $90 million last year, continues to make demands of the Biden administration.

In late April, the group launched a campaign to end the U.S. Defense Department’s 1033 program, one of several that transfer military-grade weaponry to local police departments.

The organization also launched a political action committee, which has raised $160,000, and backed the two Georgia Democrats who cemented the party’s majority in the Senate. The organization also endorsed Rep. Cori Bush (D-Mo.), once a Ferguson protester, in her bid to oust a veteran congressman.

The organization recently aired a local ad in D.C. criticizing the Biden administration‘s response on police reform and the continuation of the 1033 program, with the line: “We are the people who elected Biden. It’s time he started acting like it.”

Although the global foundation maintains ties to local chapters, activists such as Yates worry that so much focus on Washington is at the detriment of grassroots efforts. “These national organizations really miss the mark and disempower the people and place it back into the federal government to say it’s all on you to solve this,” she said.

And one year later, some activists are convinced the key to change, in fact, lies far away from Capitol Hill.

Washington “doesn’t have as much power over local police as people think,” said DeRay McKesson, a prominent voice of the movement and co-founder of Campaign Zero, a Washington-based nonprofit dedicated to police reform.

Mayors and councils have the power to defund local law enforcement, McKesson noted. And district attorneys can prosecute officers for legal wrongdoing. 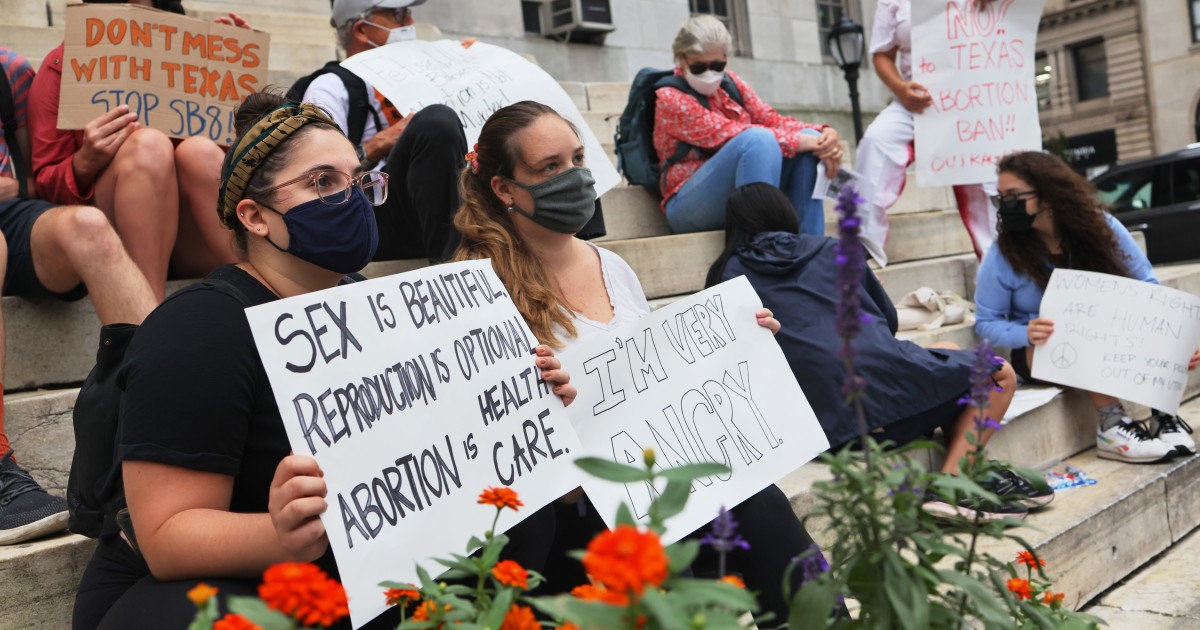 To see also :
How Supreme Court Texas abortion ruling may impact midterms
The momentous decision by the Supreme Court to allow a sweeping abortion…