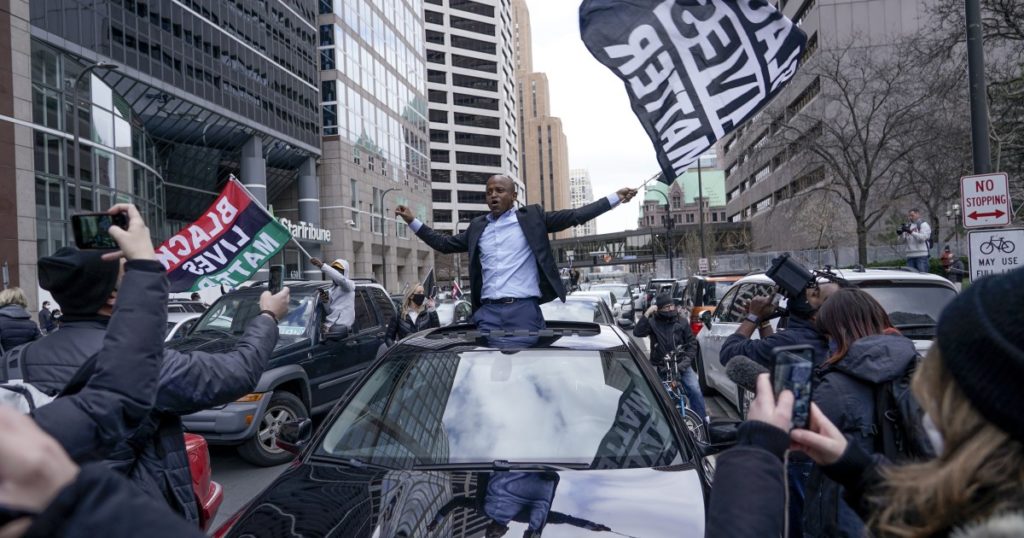 The Justice Department on Wednesday launched a broad investigation into the Minneapolis Police Department a day after a white former officer was convicted of murdering George Floyd, who was Black, during a police stop last year. Floyd’s death sparked a wave of nationwide protests over racial discrimination in policing, and a broader national conversation around race and justice in the United States.

Atty. Gen. Merrick Garland announced the start of the probe during a video address from the Justice Department, saying the agency’s Civil Rights Division will conduct what is known as a “patterns and practice” inquiry that will scrutinize nearly all corners of how the Minneapolis police do their jobs, from recruitment to the possible use of excessive force.

Such civil investigations often take months. They can result in legal agreements, known as consent decrees, that are overseen by federal judges who ensure police departments follow through on reform efforts.

While acknowledging that most “police officers do their difficult jobs honorably and lawfully,” Garland said systemic racism and unconstitutional policing practices will be difficult to address and root out.

“Justice is sometimes slow, sometimes elusive and sometimes never comes,” the attorney general said. “The challenges we face are deeply woven into our history. They did not arise today, or last year; building trust between community and law enforcement will take time and effort by all of us.”

Garland last week rescinded a Trump-era policy that essentially blocked the department from entering such legal agreements, setting the stage for the Minneapolis investigation and likely others. Former Justice Department attorneys argue such inquiries and the resulting consent decrees were among the best ways to address unconstitutional policing practices.

The Justice Department during the Obama administration launched 25 “pattern and practice” investigations that resulted in 14 consent decrees. Such oversight can be costly and last for years. Los Angeles police entered such a decree in 2001 that didn’t end for more than a decade and that cost taxpayers $300 million.

The announcement came just one day after former Minneapolis Officer Derek Chauvin was found guilty of second-degree murder and manslaughter in Floyd’s death in May of last year. The Justice Department is conducting a separate criminal investigation into whether police violated Floyd’s civil rights.

A Justice Department spokesman, Anthony Coley, declined to comment on either the civil or criminal probes in advance of Garland’s announcement.

The civil rights investigation will examine the inner workings of the Minneapolis police force, focusing intensely on recruitment, training and patrol policies. While the Trump administration and police unions held unfavorable views of broad probes and consent decrees, police chiefs have generally welcomed them because they ensure reforms are implemented by city leaders who may have previously found such programs to be too costly. Police chiefs can point to judicial order mandating reforms and scathing reports by court-appointed monitors when departments move too slowly to address concerns.

Floyd’s death came after he was arrested on suspicion of using a counterfeit $20 to buy a pack of cigarettes from a corner store. He struggled during his arrest, and when police tried to put him in a squad car, he flailed. Officers placed the handcuffed man on the ground.

A bystander filmed the encounter, as Chauvin pressed his knee to Floyd’s neck for more than nine minutes. Floyd died after pleading for Chauvin to get off, saying “I can’t breathe,” which became a rallying cry during months of Black Lives Matter protests.

“‘I can’t breathe.’ Those were George Floyd’s last words,” Biden said Tuesday. “We can’t let those words die with him. We have to keep hearing those words. We must not turn away. We can’t turn away.”