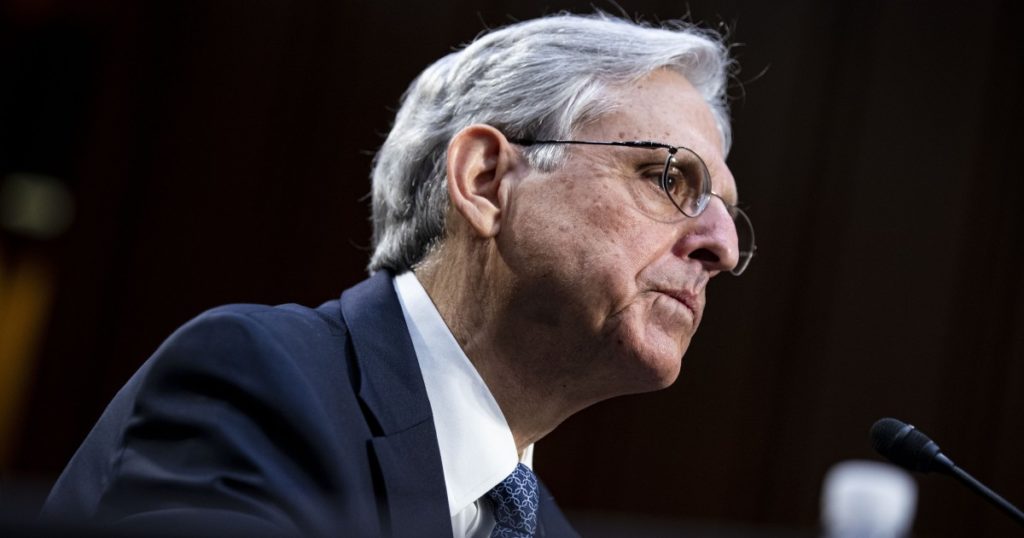 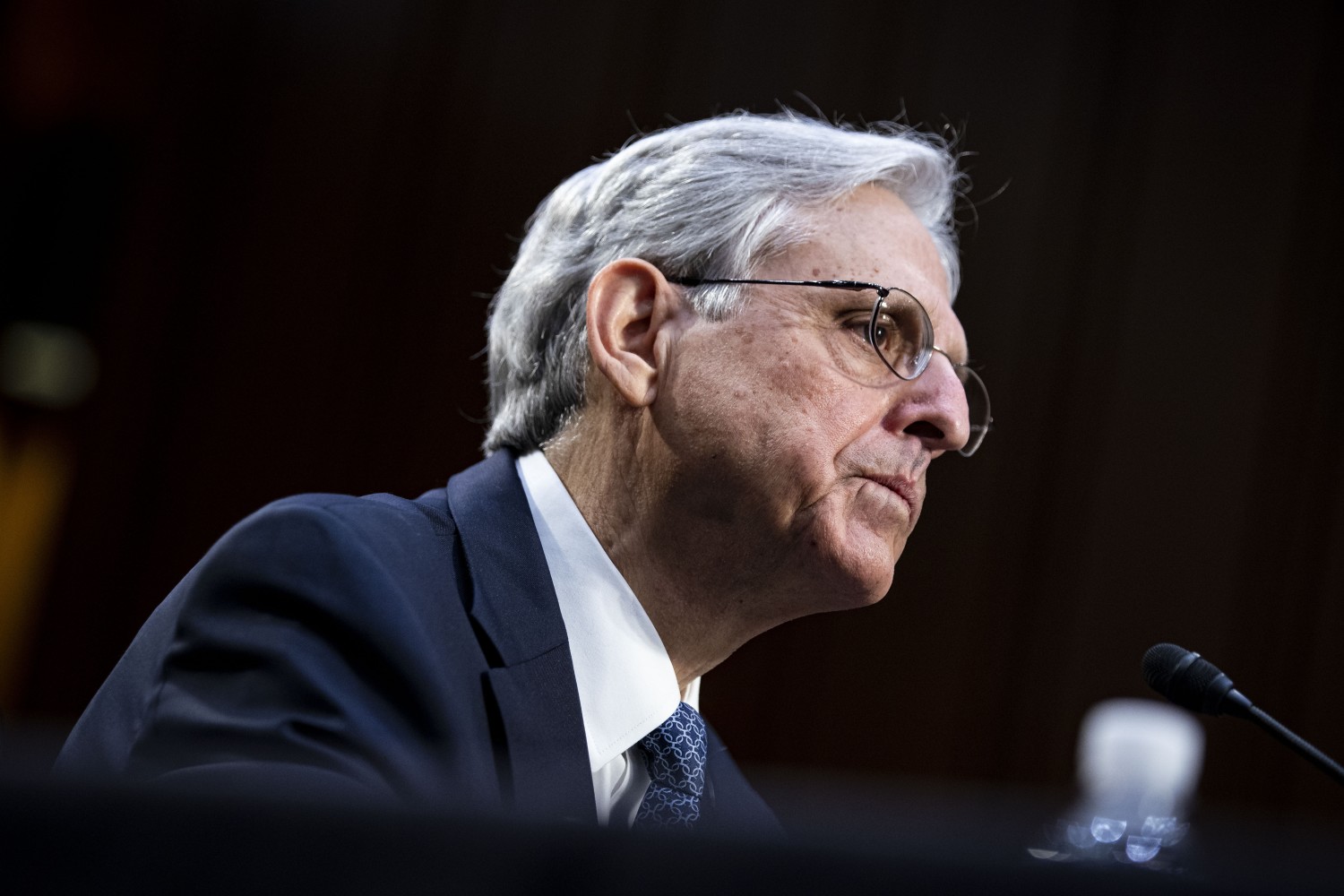 Atty. Gen. Merrick Garland on Friday jettisoned Trump-era restrictions that curtailed the Justice Department’s ability to reform troubled police departments, a move that will open the door for federal authorities to again investigate law enforcement agencies and hold them to account for civil rights abuses.

In a four-page memo, Garland rescinded a policy enacted by Atty. Gen. Jeff Sessions in November 2018 that essentially blocked broad Justice Department inquiries of police forces and to enter into legal agreements for oversight.

Garland’s action was not a surprise, and outside experts said they expect the Justice Department soon to announce it will be launching inquiries of police. Such investigations result in consent decrees, often lengthy and costly court-approved agreements between the Justice Department and local police that are closely supervised by federal judges who ensure local governments follow through on reforms.

Such oversight can be costly and last for years. Los Angeles police entered such a decree in 2001 that didn’t end for more than a decade and cost taxpayers $300 million.

The attorney general said at his confirmation hearing in February that consent decrees were an important tool in ensuring police accountability, a view he reiterated in his memo to Justice Department employees.

“This memorandum makes clear that the Department will use all appropriate legal authorities to safeguard civil rights and protect the environment, consistent with longstanding Departmental practice and informed by the expertise of the Department’s career workforce,” Garland said in a statement Friday.

Policing experts said consent decrees are among the most effective ways to overhaul police agencies, especially those that the Justice Department determines have engaged in abusive and illegal conduct.

“Many of these problems are not addressed simply and quickly, or overnight,” said Jonathan M. Smith, a former chief of the Justice Department unit that investigated police departments and oversaw consent decrees. “The problems in a department have developed over years and cannot be fixed with just a new policy or training protocol. It takes years of sustained effort that includes policy, training, supervision and accountability.”

Garland’s move comes amid large-scale protests led by Black Lives Matter that decried the deaths of Black Americans at the hands of police. Such death has taken center stage this month as Minnesota prosecutors put on trial former Minneapolis police officer Derek Chauvin in the killing of George Floyd in May.

On Sunday, Daunte Wright, a 20-year-old Black man, was fatally shot in Brooklyn Center, Minn., by a police officer who thought she was using a Taser, not a firearm. Kim Potter, who has since resigned, was charged Wednesday with second-degree manslaughter.

Democrats and progressives have pushed the Biden administration to more forcefully address the abuse of civil rights by police officers. Policing experts said they expect the Justice Department to soon launch a series of high-profile investigations into troubled police forces that will almost certainly result in court-ordered reforms.

“We have had four years of very serious inability of the police to deal with the wide variety of challenges,” said Merrick Bobb, a police reform consultant in Los Angeles. “We are going to start to see them pretty quickly.”

The Obama administration launched 25 broad investigations of law enforcement agencies that resulted in 14 consent decrees. Those decrees were reached with departments in such cities as Ferguson, Mo., in the wake of a 2014 fatal shooting of Michael Brown, an unarmed Black man, by a police officer that sparked the first wave of Black Lives Matter protests. Police departments in Baltimore, Cleveland, Seattle and Albuquerque also entered such agreements. The Los Angeles Police Department operated under a consent decree for 12 years, ending in 2013.

Sessions and police unions were not fans of such efforts. They argued that for legal and practical reasons the federal government should not get involved in restructuring local police forces or fixing them. In a 2017 op-ed for USA Today, Sessions wrote that such deals ultimately stymied the ability of police departments to fight crime.

“We will not sign consent decrees for political expediency that will cost more lives by handcuffing the police instead of the criminals,” Sessions wrote. “Every neighborhood needs to be safe and peaceful.”

One of Sessions’ final acts as attorney general on his final day in office on Nov. 7, 2018, was issuing a seven-page document that formalized his policy of blocking the Justice Department from entering into consent decrees. While Sessions had been an ardent backer of the president, Trump had soured on his attorney general when he recused himself from overseeing the federal investigation into Russian interference in the 2016 election. Trump’s second attorney general, William P. Barr, supported the policy.

In his policy memo, Sessions wrote that consent decrees might be “appropriate settlement vehicles in limited circumstances” but ordered Justice Department officials to seek “approval of senior leadership” before entering them. The Justice Department during the Trump administration entered no such decrees with big city police forces, particularly those at the center of protests over excessive use of force.

Many police chiefs have long supported the use of consent decrees, saying such court-ordered deals were the only way to ensure their departments can finance improvements in technology, training and recruitment. Consent decrees work particularly well with police departments that the Justice Department determines to have violated myriad rules and laws over the course of many years, according to former police officials and experts.

The consent decrees, expert said, allow police chiefs to point to demands from federal judges to fund programs that city leaders might have previously found too costly. Judges frequently appoint independent monitors to oversee such agreements and document the progress. Searing reports from monitors can be tough for city officials to ignore, the experts said.

“A police department in perpetual crisis benefits from mandatory reform overseen by the Justice Department,” said Kevin Davis, a former Baltimore police commissioner who worked closely with the Justice Department during an investigation that led to a consent decree in 2017. “The mandatory nature of consent decrees does not allow police departments or elected officials to kick reform down the road.”