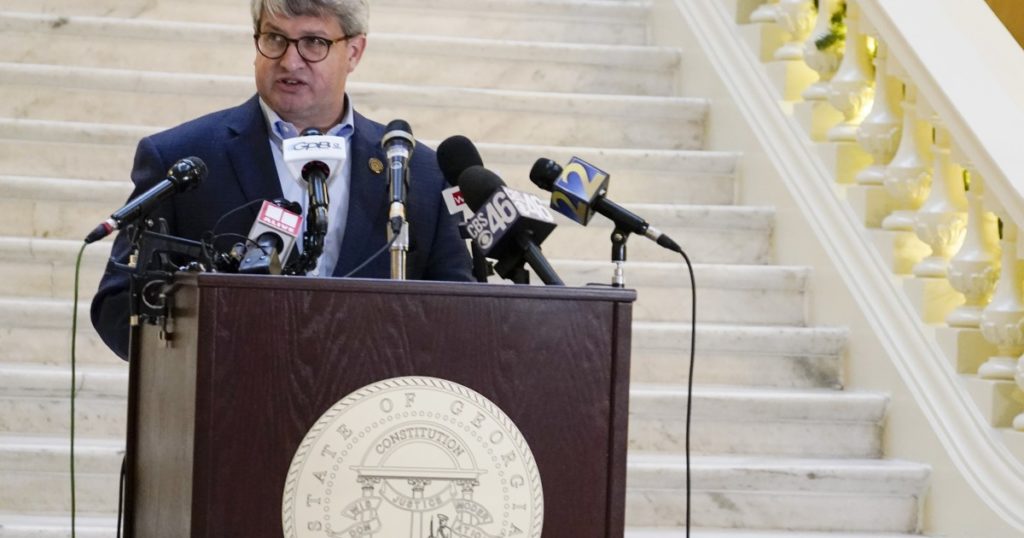 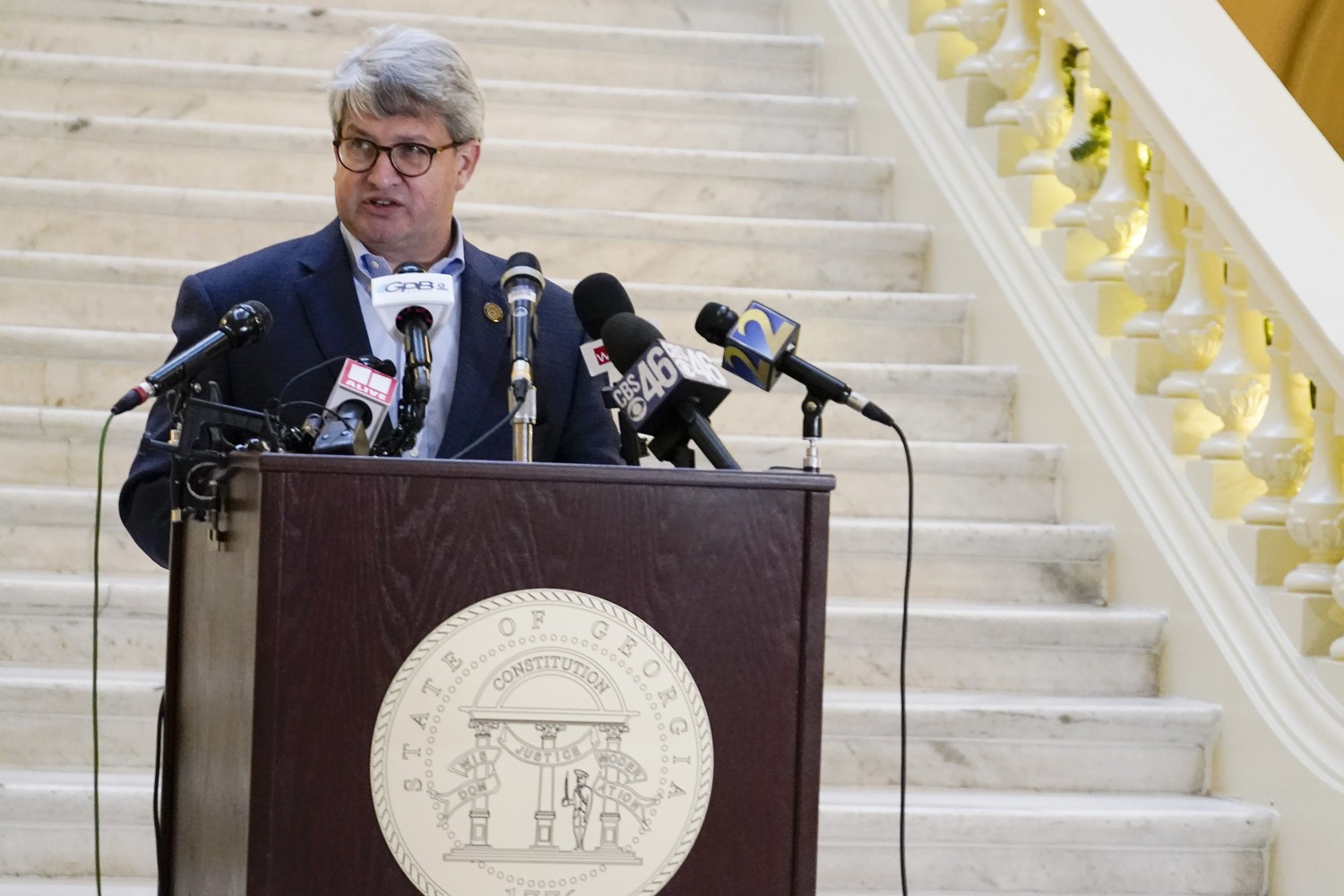 On Tuesday, standing in the Georgia State Capitol building, his voice hollow with emotion and the echo of the wide marble steps behind him, Gabriel Sterling became 2020’s Joseph Welch.

“This has to stop,” Sterling said, of the death and assault threats Trump supporters have made against Georgia election officials and workers even after a hand recount that certified Joe Biden’s victory in the state.

Perhaps not as pithy as Welch’s game-changing “Have you no sense of decency, sir? At long last have you left no sense of decency?” denunciation of McCarthy and his infamous Army-McCarthy hearings — “I don’t have the best words because I’m angry,” Sterling said midway through his press conference — but just as powerful and just as necessary.

And coming from a man flanked by two Christmas trees and David Cowan, an ASL interpreter with an impressive — one might even say Santa-like — white beard, they made for even more riveting television.

As Georgia’s voting implementation manager, Sterling was thrust into the spotlight as mail-in ballots began, by a narrow margin, to turn the red state blue; a Republican, he quickly pushed back against any claim of voter fraud. But he is far from a national figure. Still, he acknowledged that given the nature of his job, he was reacting not so much to the threats against him, nor even to those against Georgia Secretary of State Brad Raffensperger and his wife. No, the straw that broke the camel’s back for Sterling was threats against a young tech worker and his family, threats that included the hanging of a noose outside the worker’s house with his name on it.

“I’ve got police protection outside of my house, fine, I took a high-profile job. … Secretary ran for office, his wife knew that. This kid took a job. He just took a job. And it’s just wrong. I can’t begin to explain the level of anger I have over this. And every American and every Georgian, Democrat and Republican alike, should have that level of anger.”

As chief counsel for the United States Army in 1954, Welch also was not exactly a political celebrity when Sen. McCarthy (R-Wis.) and his assistant Roy Cohn began investigating supposed Communist infiltration of the armed forces. And like Sterling, Welch was roused to fury by threats against a young worker, in his case a lawyer at his firm. “Let us not assassinate this lad further,” Welch said before dropping his indelible “decency” bomb, which has become one of the most famous political turning-point quotes ever.

Welch’s reaction is credited with ending McCarthy’s reign of terror — which eventually resulted in McCarthy himself being censured by the Senate. And watching Sterling speak, hearing him say the words so many of us have thought — that the president’s continual false claims that this election has been stolen from him are going to get someone killed — it was hard not to hope that this could be the big narrative pivot, the moment when everyone comes to their senses.

Certainly it was a much-needed reminder, amidst all the social media posturing and late-night satire, that Trump’s continued denigration of the electoral process is not just a piece of political theater or even a stress test of democracy. While everyone’s having a blast wondering what was leaking all over Rudy Giuliani and parsing Mitch McConnell’s words for some semblance of recognition that Biden is president-elect, real people in this country are being terrorized for doing their jobs.

Having had my share of death threats and rape threats and general hate spewed via email, comments and voice messages, I am here to tell you that it is, each and every time, traumatic and scary.

I cannot imagine what it must be like to need police protection or, as Raffensperger and his family have experienced, face intimidating caravans outside my house.

I certainly cannot begin to imagine what it must be like to see a noose with my name on it hanging outside my own home, though I know many Black Americans can.

I don’t know if the election worker is Black; if so, the sin committed by those who hung that rope is a hate crime and should be treated as such.

It would be nice to think that Sterling’s call will be heeded, that those — beginning with the president — who have blown dog whistles and instigated the demonizing of election officials (many of these targets being, like Sterling, Republicans) will now take a stand and condemn these willful acts of intimidation.

But if they won’t, then the rest of us should. It is outrageous that people attempting to ensure a free and accurate election should be made to feel fear in any way, at any level, for doing that job. They should get gift baskets and Zoom parades, they should get free passes to Disneyland (whenever it reopens) and spots on “Dancing With the Stars,” not death threats.

Meanwhile, we should all stand with the Welches of the world and call out cruelty and abuse where we see it. We should stand with Sterling, on the steps of state capitols and every platform available, and say what he said:

“This is elections. This is the backbone of democracy, and all of you who have not said a damn word are complicit.”