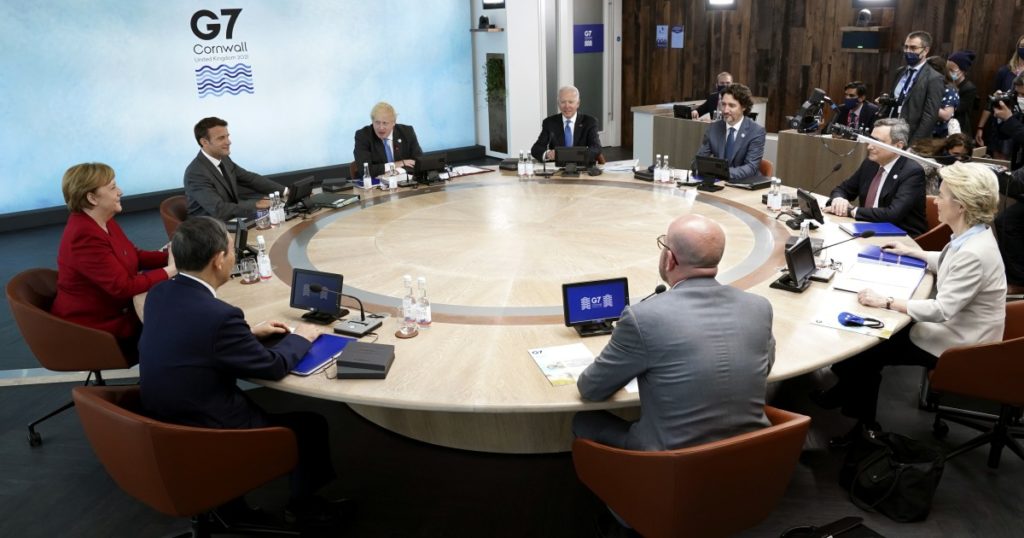 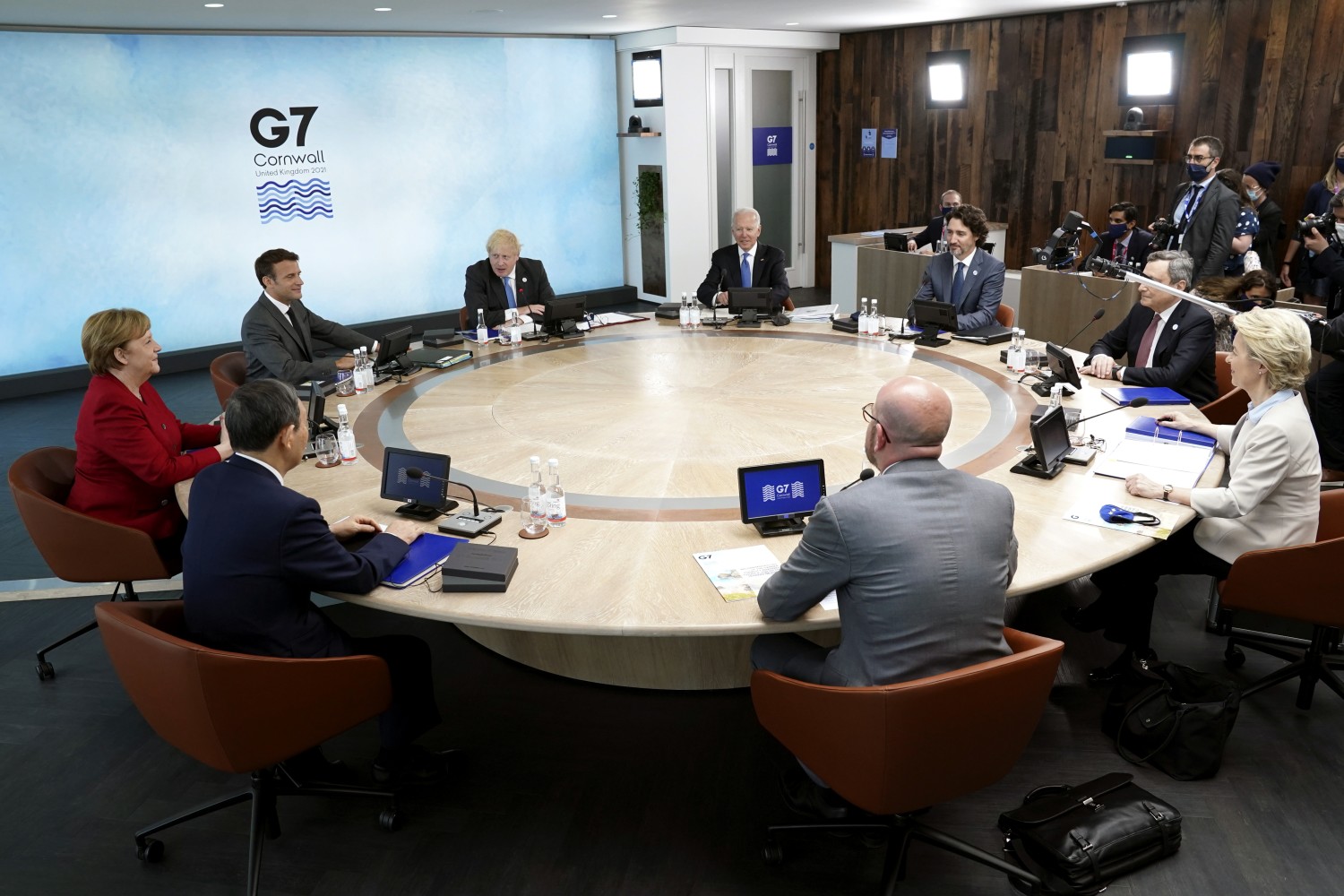 President Biden finished three days of meetings with Group of 7 leaders here Sunday lauding new agreements by the world’s leading democracies to collaborate on efforts to slow the spread of the coronavirus, combat climate change and counter the growing threat of autocracies with an explicit rebuke of China’s forced labor practices.

Biden, who is set to hold a press conference before flying to London for a visit today with Queen Elizabeth at Windsor Castle, has sought to convince wary allies in Europe that “America is back” as a global leader after the Trump years saw a retreat toward a more inward-looking, nationalist posture.

A G-7 communique released Sunday at the conclusion of meetings on the sandy shores of Carbis Bay featured a section on China emphasizing the group’s shared commitment to responding to “China’s non-market economic practices.

It included an explicit rebuke of human rights abuses, “calling on China to respect human rights and fundamental freedoms, especially in relation to Xinjiang and those rights, freedoms and high degree of autonomy for Hong Kong enshrined in the Sino-British Joint Declaration and the Basic Law.”

Biden had pushed to include the language on China’s forced labor practices in the agricultural, solar and garment sectors. The leaders of Germany, Japan and the European Commission, because of their economic ties to China, were reluctant to be so explicit.

The White House, eager to demonstrate Biden’s leadership on the issue of China, pointed out that the G-7 communique three years ago hadn’t mentioned China.

A fact sheet on this year’s document released by the White House ahead of Biden’s expected press conference stated: “We welcome the commitment of our G-7 partners to ensure all global supply chains are free from the use of forced labor.”

The communique also references China in calling for “a timely, transparent, expert-led, and science-based WHO-convened” study of the origins of the coronavirus and in a statement of concern about rising tensions with Taiwan in the South China Sea.

The allies, emphasizing commitment to their shared democratic values, also referenced other human rights concerns, including in Myanmar, Belarus and Ethiopia.

In other areas, the communique highlighted the work conducted over the last three days at an especially substantive summit, the first in two years and since the coronavirus pandemic devastated countries large and small and damaged the global economy.

Leaders agreed to a new global vaccination push, donating 1 billion doses of COVID-19 vaccine over the next year to low-income nations where the coronavirus continues to spread. The U.S. is contributing half, 500 million shots, that it will begin to distribute this summer.

Over the weekend, the Group of 7 leaders also agreed on new efforts to curb carbon emissions, including the goals of halving emissions by the year 2030 and being net zero with carbon by 2050. The effort would also include a global minimum tax of 15% aimed at preventing major companies from moving operations to anti-democratic, low-tax nations, and an infrastructure financing initiative to offer the developing worlds an alternative to China’s Belt and Road Initiative.