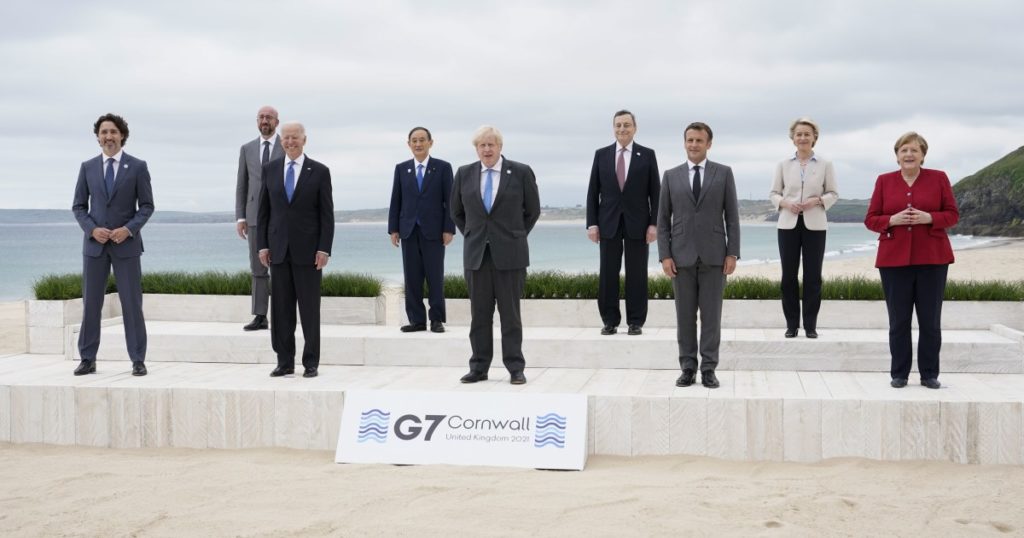 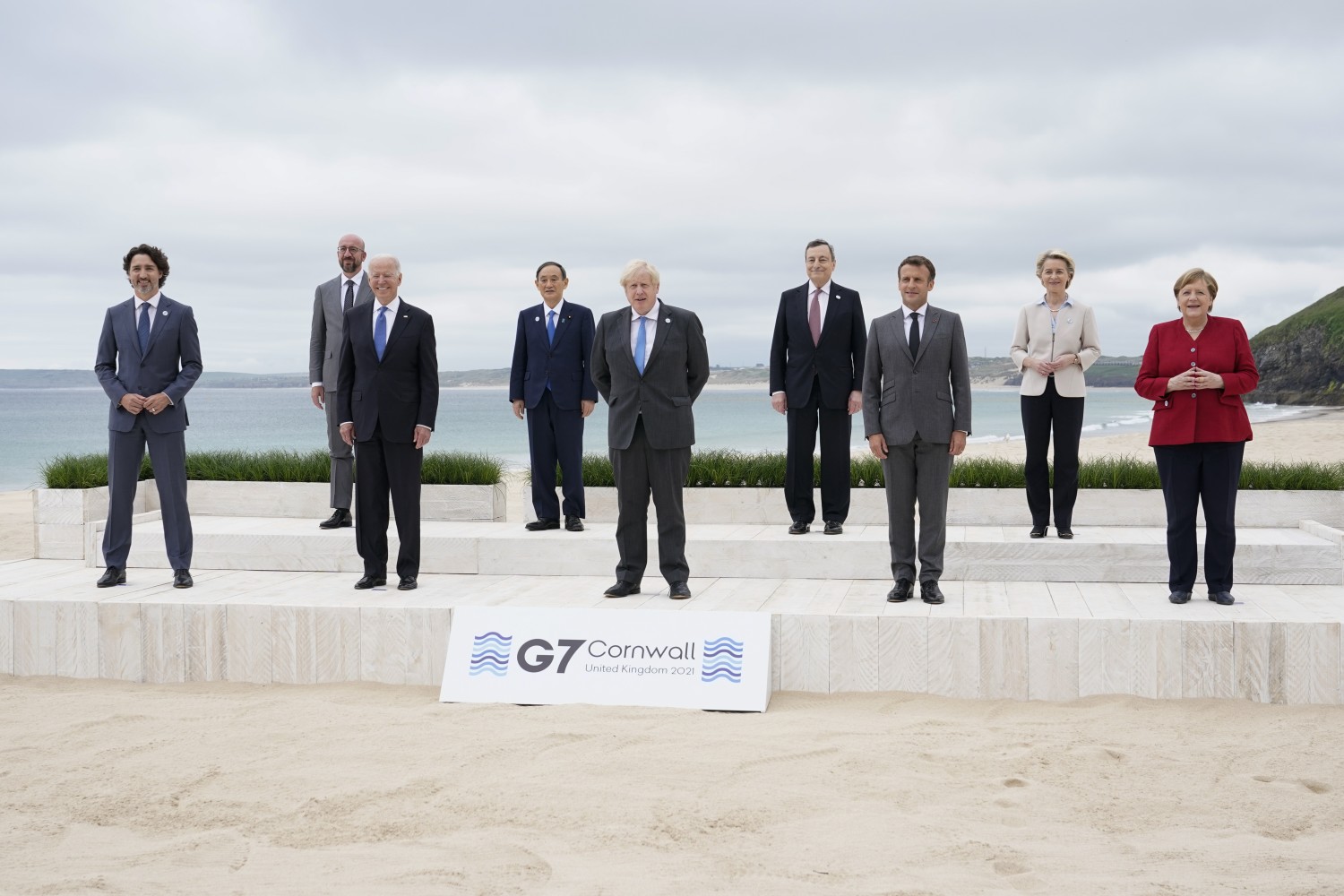 President Biden joined the leaders of other leading democracies on the white sands of Carbis Bay in England on Friday, posing for the traditional “family photo” and opening their annual Group of 7 summit with meetings focused largely on ending the coronavirus pandemic.

Gathering for the first time in two years after the pandemic caused the cancellation of last year’s planned summit in the United States, the leaders spent their first day seeking to intensify a global push for vaccinations. The heads of state are aiming to donate at least a billion vaccine doses, half from the U.S., to low-income countries where the coronavirus continues to spread.

Biden, eager to show the world on his first overseas trip as president that the United States wants to again play a global leadership role, has committed to purchasing 500 million doses of the Pfizer vaccine and donating them to COVAX, the organization managing vaccine distribution efforts around the world. The United Kingdom’s Prime Minister Boris Johnson, host of the G-7 summit, announced that his nation would be donating 100 million doses.

France and Germany each plan to donate 30 million doses by the end of the year, their leaders said. To achieve the goal, that would leave 340 million doses to be provided by the G-7 members: Canada, Japan, Italy and representatives of the 27-nation European Union.

German Chancellor Angela Merkel said the group’s commitments and discussions over the three-day summit would show the world that “we’re not just thinking of ourselves.” Merkel, who is just months from the end of her 15-year run as chancellor, will visit Biden at the White House in July, the administration announced Friday.

“We’re going to help lead the world out of this pandemic, working alongside our global partners,” Biden said late Thursday, noting that the donated vaccines, unlike those that Russia and China have distributed to needy nations, come with no conditions or strings attached.

Pressure to help underdeveloped nations has continued to mount on the world’s wealthiest countries, especially as they begin to get the pandemic under control within their borders.

The U.S. will begin shipping doses to other countries in August, with 200 million vaccines expected set to be distributed by year’s end and another 300 million doses in the first half of 2022. Because two doses of the Pfizer vaccine are necessary to inoculate an individual, the U.S. contributions will be enough to vaccinate 250 million people. Several billion people remain unvaccinated worldwide.

Johnson, in a statement, said the commitments from other G-7 member nations were critical in ensuring the world can “build back better from coronavirus,” adopting Biden’s domestic economic slogan for the international agenda. The two leaders had met on Thursday to reaffirm their countries’ long partnership.

During a work session Friday, the heads of state discussed other aspects of the G-7’s pandemic response, including efforts to support public-health systems and emergency medical care in underserved countries. The U.S. previously authorized $11.5 billion for the global response to the COVID-19 outbreak in the $1.9 trillion economic relief plan that Biden signed into law in March.

The G-7 leaders also are discussing ramping up efforts to combat climate change. And they will formally embrace a global minimum tax of at least 15% on corporations, an agreement hashed out a week ago by the nations’ finance ministers during meetings in London. The new minimum tax, a Biden priority, is intended to discourage high-tech giants and other multinational companies from locating in countries that are tax havens.

Biden views the global minimum tax as a way for struggling countries to raise revenues to fund infrastructure projects, making them less reliant on financing overtures from China as that country seeks to expand its global influence.

The tax could also serve as an alternative to the digital services taxes that some European countries have imposed and that largely affect U.S. tech firms.

But the G-7’s approval is far from the final step toward a global minimum tax on corporations. In the U.S., the change requires congressional approval and Republicans have indicated they oppose any tax increase.

Later Friday, the world leaders met with Queen Elizabeth II and other senior royals — heir to the throne Prince Charles, and his wife Camilla, and his son and daughter-in-law, Prince William and Catherine, the duke and duchess of Cambridge. The event took place at the Eden Project, a lush, domed eco-tourism site built in a former quarry, and was followed by an official welcome dinner.

The queen is set to host the president and First Lady Jill Biden at Windsor Castle on Sunday, following the summit’s conclusion and before Biden travels on to Brussels for a summit with NATO leaders and then to Geneva for a meeting Wednesday with Russian President Vladimir Putin.