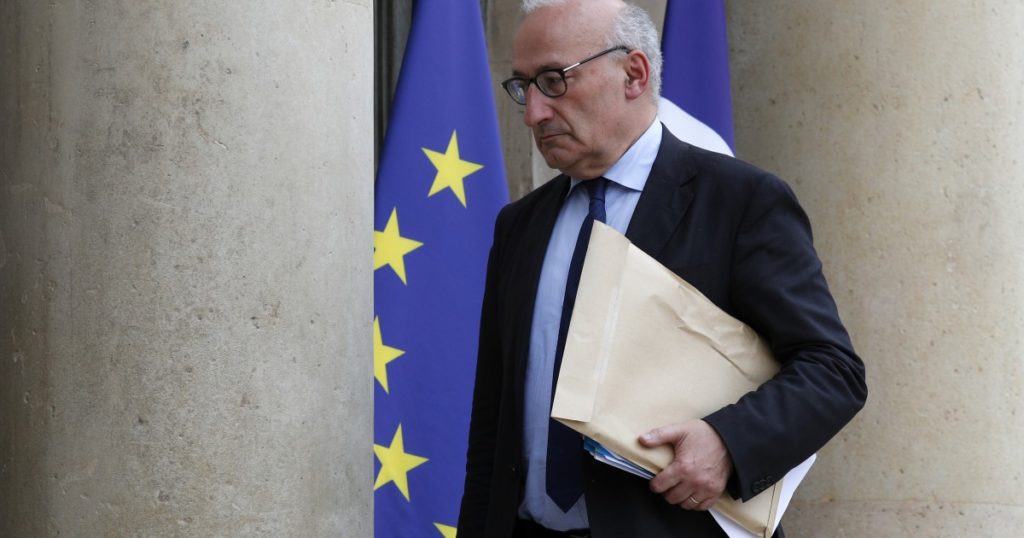 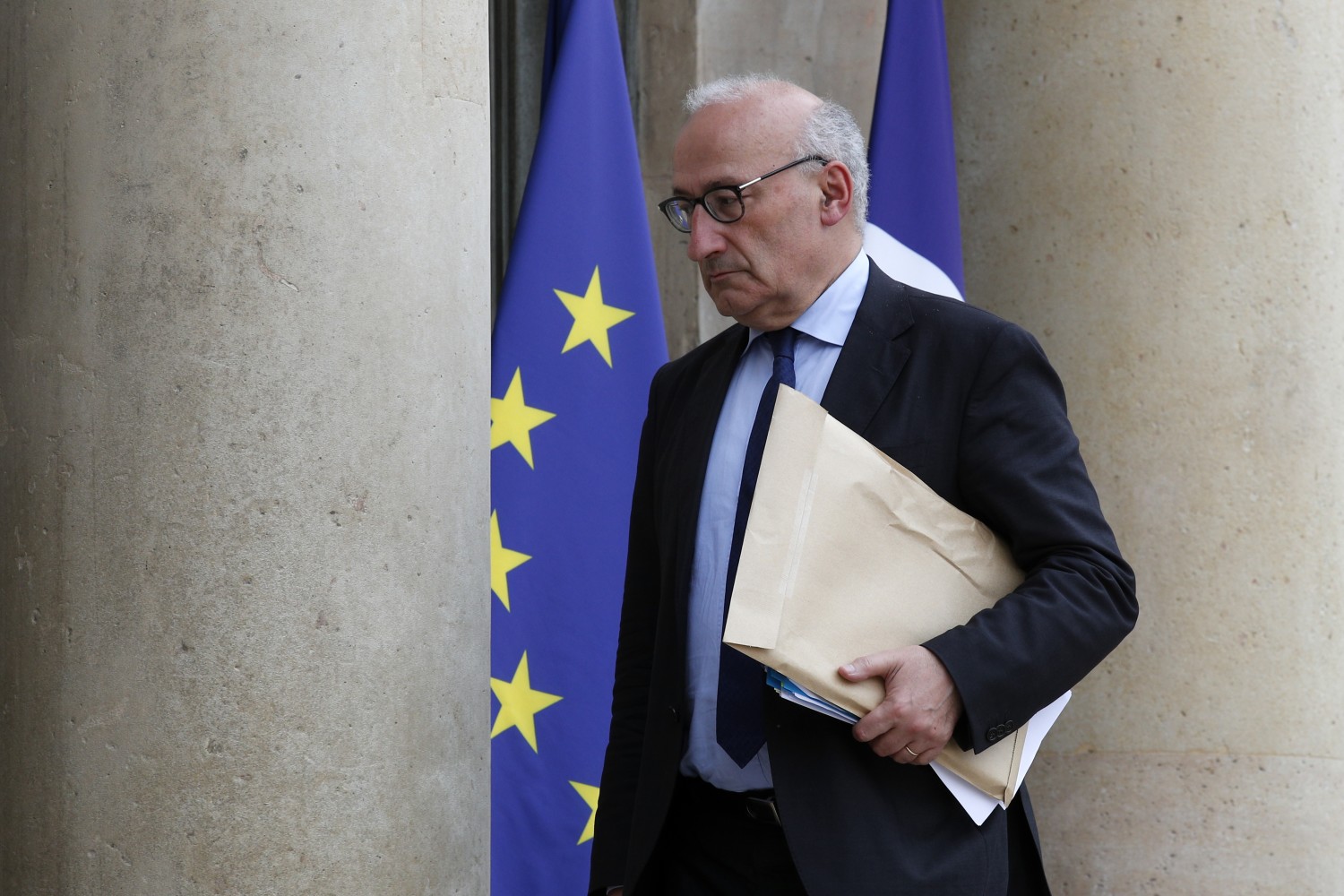 Five years ago this past weekend, nearly 200 countries came together outside Paris to pledge to reduce greenhouse gas emissions and work against global warming. It was a remarkable joint commitment to confront the already apparent threat to the planet. President Trump then became the only leader to walk away from the agreement, in keeping with his rejection of multilateral efforts.

Now France, host to the accord’s 2015 consummation, and other countries are eager to welcome the United States back into the fold under a President Biden.

French Ambassador to the United States Philippe Etienne spoke to The Times about the future of the climate accord. His comments were edited for length and clarity.

Q. With President-elect Biden making clear he will return the United States to the Paris accord, how difficult is it going to be to make up for lost time?

A. When President Trump decided to withdraw the United States from the Paris Climate Agreement, our president [Emmanuel Macron] immediately said we will do everything to keep the Paris Agreement, and the international community in the agreement, and we have succeeded.

We succeeded to keep the rest of the international community on board [as well as] many American stakeholders outside the federal government — cities, businesses, governors, civil society. With the leadership by the U.S., together with Europe and other partners, we will be able to raise the ambition of our goals. This is the most important thing.

Q. Some in the United States remain skeptical about the science of climate change, and the Trump administration, in fact, embraced climate deniers. What does the new Biden administration have to do to rebuild trust?

A. I think there are already signals, which are very important. Just think of the appointment of John Kerry as a presidential envoy for climate in the new administration. John Kerry is not only incredibly, incredibly knowledgeable, he was one of the main negotiators of the Paris Climate Agreement. But he is also somebody who has the energy, who has always taken initiatives. He believes in this; I think he’s passionate for this.

It’s a personal view, but I also think in the U.S., like everywhere in the world, you have the young generation. They do expect us, their governments, to act. So I think we have no choice when you see the weather events, the catastrophic weather events, which multiply all the other challenges we have. It’s obvious we must act.

So, of course, it’s a matter of trust. But I think the most solid reason of my conviction, that we will move on to fight against climate change, is that we have no choice and that our population expects it from us.

Q. And the U.S. commitment to multilateralism?

A. This might surprise you, but the critics we heard in the U.S. against this international system are sometimes justified, because those [global] institutions have to adapt. And that is what we want to do, thanks to the new administration coming back to the multilateral system. For instance, [Trump’s] decision to take the United States out of the World Health Organization prevented us Europeans from working with the United States to reform the organization from inside. It must be reformed. It’s normal, because we learn from the pandemics. But every institution has to be adapted.

It’s already very important for the U.S. to come back to all those institutions and arrangements, and also start again, working with the European allies and with other like-minded countries, especially democracies.

Q. You mentioned new ambition. Are there ways in which you think the agreement should be strengthened going forward?

A. By new ambition, I mean something which is at the core of the Paris Agreement, which is that we know that to reach the goal of maximum 2% increase in the temperature — or even 1.5 degrees [Celsius], we have to take these national commitments and use them regularly to increase countries’ goals.

The idea is to increase the level of our commitments in terms of the diminution of our greenhouse gas emissions from minus 40% to minus 55% [from 1990 levels] by 2030.

Q. When you look back at this agreement and where we are now, with carbon emissions still going up globally, and the temperatures with it, what would you say has concretely come out of this agreement?

A. Concretely we have, for the first time, an agreement where the whole of the international community decided, after, I don’t know, 20 years of attempts, to conclude with national commitments and on a method to increase step by step the commitments. We knew that it would not decrease immediately the level of emissions; it takes some time. We set a target, which is carbon neutrality in 2050, and intermediary milestones — for instance, de-carbonization of the production of electricity. So I think that all of this is the result of the Paris Climate Agreement, all those efforts, which are not yet sufficient but which are increasing.

Q. You mentioned you were proud of keeping all of the countries in the deal after U.S. left. Was that difficult? Can you tell us a little bit about what that’s been like? Or have there been real consequences of the U.S. leaving?

A. Well, it could have been different, you know, because once such a big country, the most important country in the world, is leaving, you can have all sorts of groups of countries who say, “Why should I remain?”

Together with the United Nations, we have launched a series of concrete collaborations, what we call the One Planet summits. And, for instance, we have created a group of sovereign funds, including sovereign funds of hydrocarbon-producing countries, and we have initiated a lot of collaborations in green finance, to orient towards a de-carbonized future.

So it has taken a lot of efforts by many, many actors, not only to keep everybody on board, but also to increase step by step the instruments and also the financial benefits invested in the policies against climate change.

And I think those countries have understood it is in their interest also to invest in sustainable development, including in renewable energies and in the civil nuclear energy.

Q. So you’re saying that maybe the reverence for fossil fuels is starting to fade among countries?

A. Oh, yes. There are less and less subsidies for the export of coal-fired technologies while development proceeds on renewable energies, energy efficiency. Everything is taking a new dimension. What is not sufficient yet is the behavior of the financial actors, the financial institutions.

The whole institutional financial system really needs to get united to promote a common vision of green investment, a serious green investment with serious criteria. Something very important is the relationship between trade and climate.