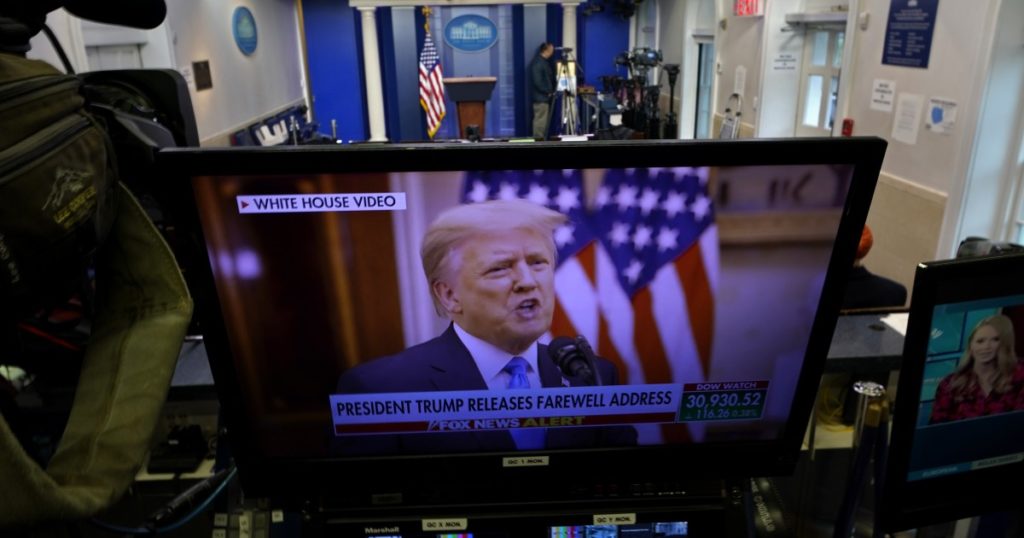 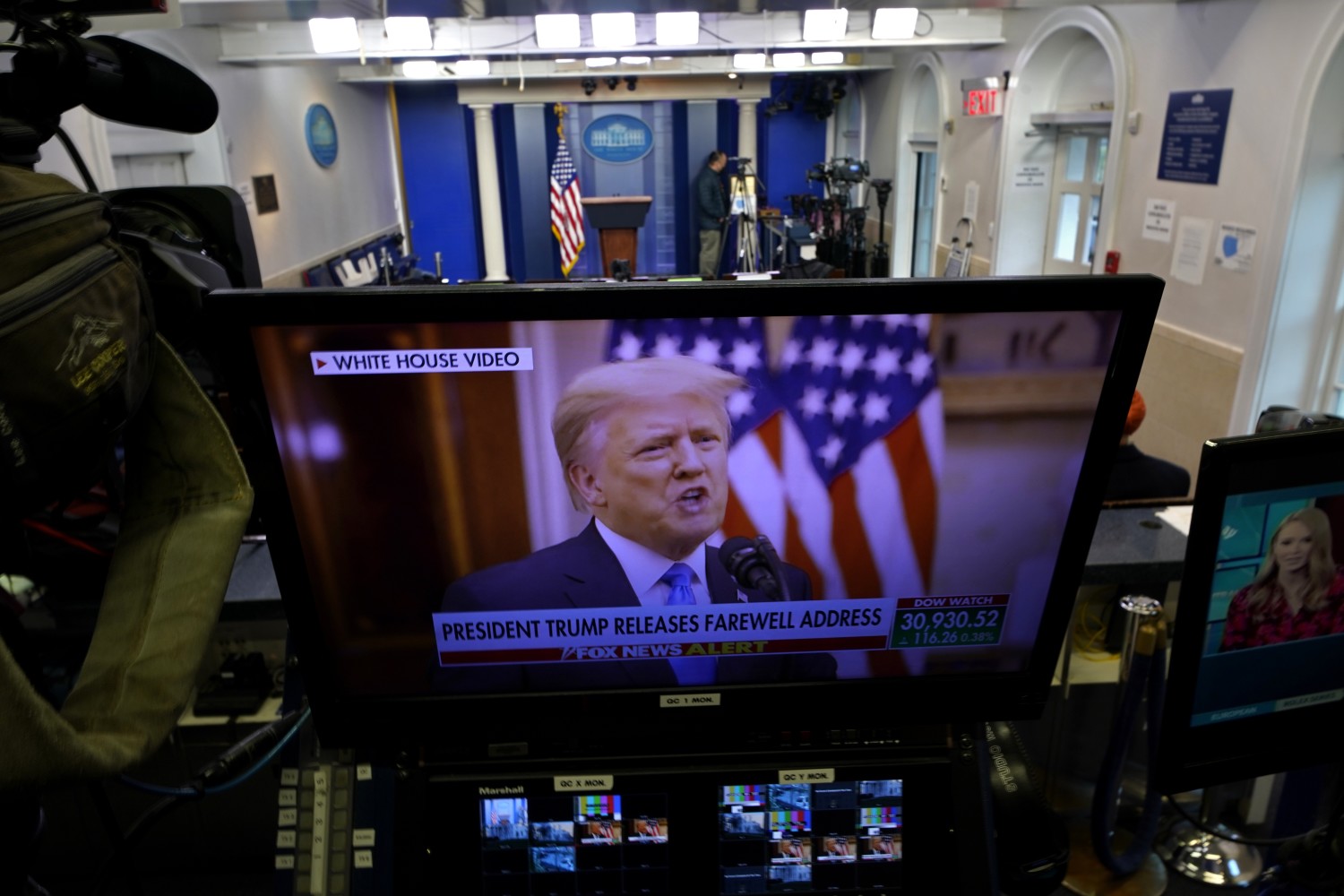 As President Trump prepares to leave office, more than 25 million Americans remain covered by the Affordable Care Act, which he tried to repeal; some 650,000 immigrants get the protections from deportation that he tried to rescind and employment continues to shrink in the coal industry, which he promised to revive.

His four years in office have had a huge impact on American life — visible in the sharp increase in distrust of the nation’s democratic institutions and the rise of radical, white nationalist groups he winked at.

Trump’s administration has reopened large swaths of the country to mining and drilling, and sharply reduced environmental, safety and health regulations. The tax cut he signed into law, which tilted heavily toward upper-income Americans, helped widen the nation’s income inequality. And the 226 federal judges he appointed, including 54 to the federal courts of appeals and three to the Supreme Court, will push the judiciary in a conservative direction for years.

But his larger ambitions to uproot key domestic policies of President Obama largely failed. And now Obama’s vice president, Joe Biden, who is scheduled to take the oath of office at noon on Wednesday, will be able to build on the foundations that remain intact, starting with a wave of executive actions he’s expected to take Wednesday.

In a prerecorded farewell address that the White House released Tuesday afternoon, Trump said he “took on the tough battles, the hardest fights, the most difficult choices — because that’s what you elected me to do.” He claimed credit for having “built the greatest economy in the history of the world”— a significant exaggeration — and for “historic peace deals in the Middle East.”

He also extended “best wishes” to his successor, although he did not mention Biden by name in the 20-minute video. “This week, we inaugurate a new administration and pray for its success in keeping America safe and prosperous,” he said.

But while Trump touted his trade battles with China, the massive tax cut he signed in 2017 and other policy steps of the past four years, he made little mention of some of the largest legislative battles of his tenure, such as healthcare.

Resistance by congressional Democrats and outside groups helped prevent the administration from achieving success on that and other priorities, and Democrats have happily claimed credit.

Trump’s agenda “was stopped in its tracks by a formidable force that Trump didn’t bother to anticipate: Speaker [Nancy] Pelosi and the united Democratic House caucus,” said Pelosi’s spokesperson, Drew Hammill. “On issue after issue — including fighting for Dreamers, LGBTQ Americans and women in the workplace — Speaker Pelosi and Democrats have held the line.”

But Trump’s habit of losing interest after announcing sweeping plans and his administration’s lack of the attention to the law also undermined his goals.

“They shot the moon and went for the maximum destructive outcomes,” said Jody Freeman, who was Obama’s advisor on climate change and now directs the environmental and energy law program at Harvard. “They also did it very badly.”

“The legal theories they relied on were deeply flawed,” she said. “A lot of the moves they made were careless legally. They lost a lot in court.”

On many of the efforts to uproot Obama’s agenda, Trump also suffered from divisions within his own party. The areas in which he had the greatest success largely enacted goals that “have long been the priorities of the Republican Party” — tax cuts and conservative judges, said Princeton University historian Sean Wilentz. On those topics, Trump largely adopted the party’s agenda, rather than the other way around.

The repeal effort dominated much of the administration’s first seven months, ending in one of the signature images of Trump’s tenure — Sen. John McCain (R-Ariz.), less than a week after surgery and his announcement that he had brain cancer, walking onto the Senate floor, pausing for dramatic effect, then turning thumbs down to defeat the repeal bill.

The lengthy congressional debate on repeal increased public support for the healthcare law, and Republican efforts to dismantle it played a major role in Democrats’ winning a majority in the House in the 2018 midterm elections and restoring Pelosi (D-San Francisco) to the speaker’s job.

Opposition to the law continued to decline this year during the COVID-19 pandemic. Currently Americans by 53% to 34% view the healthcare law favorably, according to polling by the nonpartisan Kaiser Family Foundation.

“Not only did the ACA remain standing, you could make the argument that it’s stronger,” said Rahm Emanuel, who was Obama’s chief of staff.

After his initial defeat on repeal, Trump largely gave up his effort, except for one provision, the requirement that Americans purchase health insurance. That individual mandate had never been enforced, but was the law’s least popular major element. Congress repealed it as part of the tax bill, allowing Trump to claim a symbolic victory. Despite worries by healthcare experts, however, the repeal had relatively little impact on the number of people covered.

Trump took other steps to impede the law, and by 2019, the number of uninsured Americans had started to creep back up.

But while “they certainly gummed up the works, and it will take time for the Biden people to undo,” in the long run, “Trump’s impact on the healthcare system is not likely to be lasting,” said Larry Levitt, executive vice president for healthcare policy at the Kaiser Family Foundation.

“It’s hard to imagine a president who had such an enormous effect on the nation’s psyche and in some ways so little effect on policy,” he added.

The one exception, Levitt noted, would be if the Supreme Court were to rule in favor of a case brought by Texas and other conservative states that seeks to overturn the law. At oral arguments in November, however, the justices, including some of Trump’s appointees, sounded deeply skeptical of the conservative-backed lawsuit, which legal experts have rated as a long shot.

Trump’s actions on other key policy areas followed the pattern he set on healthcare: an initial flurry of action, limited follow through often undermined by officials skirting the law, ending in failure.

The president sought, for example, to use the census to identify people in the country without legal status and to exclude them from the count.

The Supreme Court struck down the administration’s plan, with Chief Justice John G. Roberts Jr. writing in June 2019 that the legal rationale for its actions “seems to have been contrived.”

Trump tried a year later to achieve the same goal using an executive directive which told the Census Bureau to come up with a way to exclude residents in the country illegally from the data used for apportioning congressional and legislative districts. That effort also failed.

The final act came this weekend as the Census Bureau’s director gave up on the effort to come up with the numbers Trump wanted and announced he would resign on Wednesday, a year before his term normally would have expired.

Monday brought another major defeat for an administration priority — this one on climate change. The D.C. Circuit Court of Appeals threw out the administration’s effort to replace Obama-era rules for reducing greenhouse gas emissions from power plants with a watered-down alternative favored by fossil-fuel companies.

The ruling will clear the way for the Biden team to write its own rules, without having to go through the burdensome process of unwinding Trump policies, said Freeman, who called it one of the biggest losses the administration has endured in its four year bid to deregulate the energy sector.

“Death by hubris” defined the administration’s efforts, she said. A more careful, measured approach might have made Biden’s job harder, but “they did not do what might have been strategically smarter.”

The same holds true for much — although not all — of what Trump tried to do on immigration, said John Sandweg, who was acting director of U.S. Immigration and Customs Enforcement under Obama.

“A lot of what he was trying to do is going to go away very quickly, a good chunk on day one,” he said.

“On a temporary basis, he had a lot of success in making it harder on people trying to come to this country to live and work,” Sandweg said. In the process, administration policies “created a lot of damage on things like family separation,” he added.

But as with environmental policy, many of the administration’s more ambitious policies failed because courts ruled that officials had failed to follow the law.

“DACA is a great example,” Sandweg said, referring to the Obama administration policy that provides a shield against deportation to young immigrants who came to the U.S. illegally as children.

“They tried to get rid of it in such a ham-handed fashion” that the Supreme Court ruled against them in June, Sandweg noted.

“I don’t want to suggest he completely failed,” he said. “There was a tremendous amount of damage, and the country is not in as good shape as it could have been because really talented people who wanted to live and work in the United States had to leave.