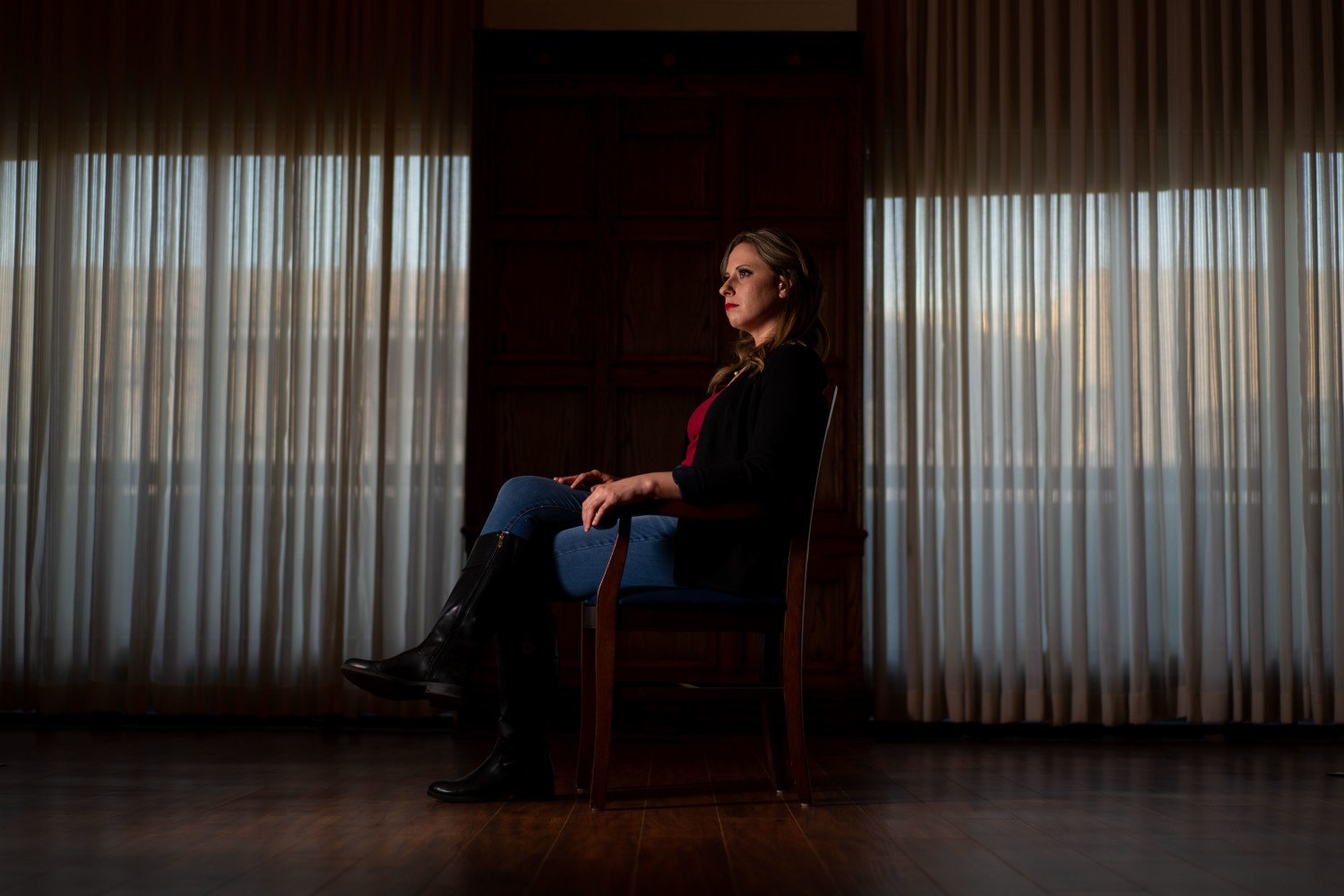 The publication of private, intimate pictures of former Rep. Katie Hill that drove her to resign from office will be contested in court this week in an argument that pits the 1st Amendment against California’s revenge-porn law.

The onetime Democratic rising star who briefly represented northern Los Angeles County made worldwide news when she stepped down from Congress in late 2019 after salacious details and pictures about her personal life were published without her consent.

On Wednesday, the court will hear a motion by defendant Jennifer Van Laar to strike the lawsuit, claiming it is an attempt to silence speech that is protected by the 1st Amendment. Van Laar, a former GOP campaign operative and journalist, published provocative pictures of Hill on a conservative website and shared them with a British tabloid.

Hill contends that the two media companies, Van Laar and Kenneth Heslep, Hill’s ex-husband, violated California’s revenge-porn law by distributing and/or publishing images including photographs that showed her nude while brushing another woman’s hair, holding a bong and sunbathing.

The 2013 statute makes it a crime to distribute private images without the person’s permission. Such laws, enacted by nearly every state, have exceptions, notably if such sharing is in the “public interest” — the issue at the heart of the defense’s response to Hill’s lawsuit.

Van Laar and the media outlets maintain that Hill’s lawsuit fails to meet the requirements of the statute because they were not the original distributors of the images, because Hill’s nipples and genitals were redacted in the published pictures and because of the “public interest” exemption. They also assert they have a 1st Amendment right to publish information about an elected official’s behavior that is newsworthy.

“This case is important politically, societally and legally,” said Jessica Levinson, an election law professor at Loyola Law School. “People are going to be watching this case just because it involves Katie Hill, so it will be a consequential decision merely for the fact it’s so high profile. It also will provide some information about the reach of this particular California statute. … With each new case comes important precedential value.”

Levinson said there is relatively little case law regarding private pictures being shared publicly, but such cases are likely to grow more common because of the ease of taking and disseminating photographs and the increasingly common practice of romantic partners exchanging intimate images.

Hill did not respond to a request for comment.

Her suit also puts a focus on changing views about sexuality, as more Americans express nontraditional preferences. The Agua Dulce Democrat is bisexual and was engaged in a consensual relationship with Heslep and a woman who worked on her congressional campaign.

Hill was a political novice who gained national attention in 2018 when she was elected to Congress after flipping a GOP seat.

She gained the favor of House Speaker Nancy Pelosi (D-San Francisco), winning a spot on the congressional leadership team and being named vice chair of the powerful House Oversight Committee.

Less than a year later, as Hill was going through a divorce, the conservative website Red State published stories alleging that she had an affair with a male congressional staffer and that she and her husband had a previous relationship with a female campaign worker. The site posted provocative pictures of the two women together and said it withheld additional images. British tabloid the Daily Mail also published pictures.

Hill denied the affair with the congressional staffer, which would violate House rules, but confirmed that she and Heslep had a relationship with the campaign worker — a relationship she conceded was inappropriate because the woman was a subordinate.

After a flurry of additional articles, rumors circulating that there was a cache of 700 pictures and screen grabs of texts being shared among Hill’s enemies, and in anticipation of continued leaks, Hill resigned.

In her lawsuit, Hill, 33, alleges that her ex-husband was verbally and physically abusive, killed her pets and choked her until she was unconscious during sex. She accuses Heslep of secretly taking the pictures and distributing them in an effort to ruin her. She maintains that Red State and the Daily Mail did not need to publish the photographs; they could have simply described the content in their stories.

Attempts to reach Heslep’s lawyers were unsuccessful. He has not yet filed any legal responses.

Van Laar said in her court filings that she has never spoken with Heslep and did not receive the pictures from him. She said an unnamed third party emailed her a link to a Google drive with 87 pictures of Hill, 14 of which included nudity that was partially redacted.

Van Laar wrote an article for Red State about Hill’s relationship with the campaign staffer that ran with the hair-brushing picture. She was also interviewed by the Daily Mail and provided the tabloid with a thumb drive containing pictures, some of which were published in an article that named Van Laar as a coauthor. Van Laar said she did not write the article and believes she was given a byline as a “professional courtesy.”

Van Laar’s attorneys say that not only does Hill’s claims not meet the revenge-porn requirements regarding distribution and content, the images are protected speech, because a sitting congresswoman’s extramarital relationship with a subordinate and suggested marijuana use are of interest to voters.

“While former Congresswoman Hill may very well have claims against the person who originally released these photographs, those protections clearly do not extend to subsequent publishers under the law, particularly given the matter of public interest at hand,” said Harmeet Dhillon, one of Van Laar’s attorneys.

Lawyers for Red State and the Daily Mail offered similar arguments. Their motions are not due to be heard in court until April.

(Kelli Sager, an attorney representing the parent company of the Daily Mail, has represented the Los Angeles Times in many past civil lawsuits and is regularly consulted by The Times on 1st Amendment issues.)

Carrie Goldberg, one of Hill’s attorneys, argues that what Van Laar was practicing was not journalism but rather a conspiracy with Hill political opponents to destroy her career.

“It’s bonkers to claim that gratuitously sharing a person’s naked images is journalism. Everybody is owed the right to control their sexual privacy, no matter how famous, how political or how controversial the person is,” Goldberg said.

Levinson said she believed Hill’s greatest likelihood of success was the legal claim against her ex-husband.

“We might all agree what happened to Katie Hill is absolutely horrible and I hope it never happens to anyone I know,” Levinson said. “But that’s not the question. The question in our country is what are we more worried about — protecting an individual or creating a society where we have robust 1st Amendment protections.”

Hill’s case is further complicated by the fact she is a public figure, Levinson said.

“It’s going to be difficult to say there isn’t public concern here,” she said, “and the courts don’t like telling members of the press — even if the members are less reputable sources — here’s how you should have told your story.”