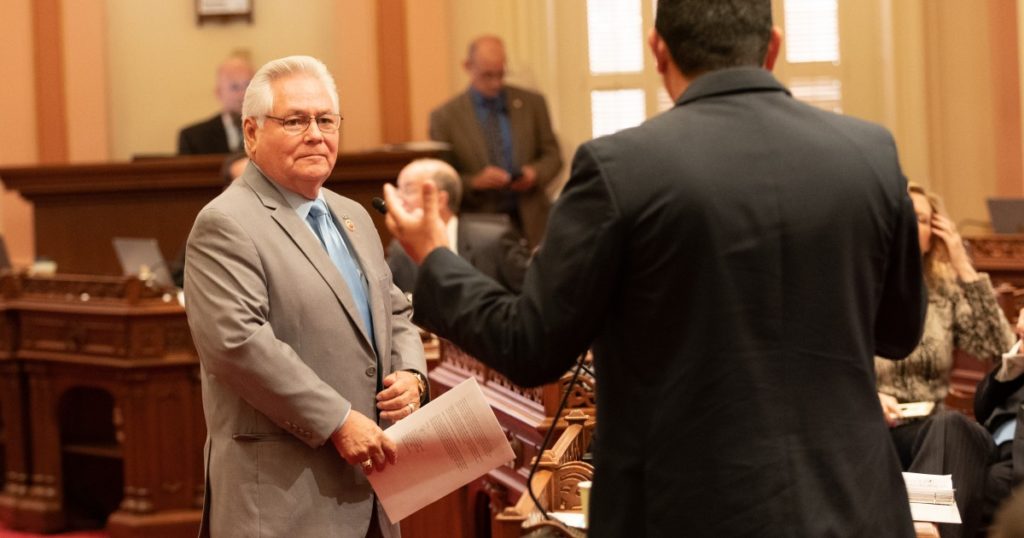 A former employee of Sen. Bob Archuleta (D-Pico Rivera) is alleging that he sexually harassed her and retaliated against her in a lawsuit she filed against the lawmaker, the California Senate and the state of California.

The lawsuit, filed by an unnamed “Jane Doe” on March 18 in Los Angeles Superior Court, alleges that in 2019 she was subjected to unwanted sexual advances by Archuleta, who made inappropriate comments about her breasts, “intimated” his desire to date her, and attempted to grab her hand in public.

Her lawyers alleged that no action was taken when she reported his behavior to her supervisor and that she was retaliated against for rebuffing his advances.

Archuleta denied the allegations and said he “would never knowingly mistreat or disrespect a female employee” and believes in her right to come forward.

“Bottom line: the lawsuit filed manufactures a whole new layer of gratuitous allegations, which were not raised until litigation was chosen as the way to go — and which are completely and categorically false,” he said in a statement. “I look forward now to disproving those allegations in court.”

Iris Salem, one of the attorneys for the plaintiff, said her client “devoted 14 years of her career to public service, ” which she alleged was derailed “through no fault of her own.”

“Our client is incredibly brave to come forward,” Salem said.

Senate President Pro Tem Toni Atkins (D-San Diego) said the allegations “are troubling, to say the least.” She said some of the complaints detailed in the lawsuit were never disclosed to the Senate or its investigative unit.

“Obviously, this is a serious matter — and the Senate will continue to take it extremely seriously,” she said in a statement. “As representatives of the people, we won’t just continue to lead, we will lead by example, deploying every possible action and safeguard to ensure our Senate workplace is a safe and supportive environment for all.”

The unnamed plaintiff said in the lawsuit that she had worked for the senator for five months when the unwanted advances began.

The lawsuit alleges that in July 2019, Archuleta insisted they go to an Intercontinental Hotel for cocktails after a fundraiser at the Miro Restaurant in downtown Los Angeles. The woman alleges in the suit that she felt forced to go because he had driven her to the event.

The lawsuit alleges that Archuleta insisted on holding her hand as they stood to leave and that he became angry when she pushed his hand away. In the car on the way back to his district office in Norwalk, she alleges that he complimented her breasts, compared her body to that of other women, and made additional inappropriate comments, according to the lawsuit.

The plaintiff alleges that in the office the following day, Archuleta grabbed her arm and angrily reprimanded her, which he later referenced as “our first fight.”

The suit also claims that the senator called the plaintiff into his office months later and said he heard rumors that he had been seen holding her hand near the Capitol and that she told others she viewed him as “disgusting.”

In another instance around October 2019, the plaintiff alleges that Archuleta stepped inside the staffer’s office, closed the door and berated her when she declined to carpool with him to an event.

The plaintiff states in the lawsuit that she subsequently told the chief of staff in the office that “she was tired of the senator’s harassment that she had endured,” that Archuleta had “mistreated me over and over” and that she was not OK with his behavior. No action was taken, according to the lawsuit.

The lawsuit alleges that after the woman rejected the senator’s advances, her role within the office “vastly diminished,” which she describes as a form of retaliation. She said she was given a verbal warning for being “insubordinate,” the first in her 14-year career in the Legislature, for not attending an event when she had been approved to take the day off in October 2019.

The woman alleges that she disclosed in that same conversation with the chief of staff that Archuleta had sexually harassed her. She also alleges that she said she was under “physical, mental, and emotional duress” and “needed time to heal before she could report the sexual harassment and that she would seek therapy.”

The complaint claims that Erika Contreras, secretary of the Senate and the head of its human resources department, reached out to the woman in December 2019 and said she “heard the senator has been inappropriate with you.” The plaintiff alleges that she told Contreras the senator grabbed her arm and asked for her help as a mediator, but no mediation took place.

The Legislature’s Workplace Conduct Unit did not reach out to the plaintiff about her claims of harassment until last June, according to the complaint.

Atkins said in a statement that the allegations in the case “were immediately and properly referred to the independent Workplace Conduct Unit (WCU) for investigation at the time.”

“Because the complainant has since chosen to pursue litigation before the investigation could be completed, it is now on hold,” Atkins said.

Atkins did not say if the investigation was paused when the lawsuit was filed last week or at an earlier point when it became clear that the plaintiff intended to file a lawsuit. She also did not comment on the plaintiff’s claim in the lawsuit that the unit first reached out to her six months after Contreras allegedly contacted her in December 2019.

Similar to legislative proceedings and other business early in the pandemic, the unit’s investigations were also delayed during the transition to remote work last year, according to the Pro Tem’s Office.

The plaintiff said in the lawsuit that she resigned on Sept. 10 after she learned that she could be required to go back to the office during the pandemic to work one-on-one with Archuleta and “as a result of a heated exchange” with her chief of staff over her concerns.