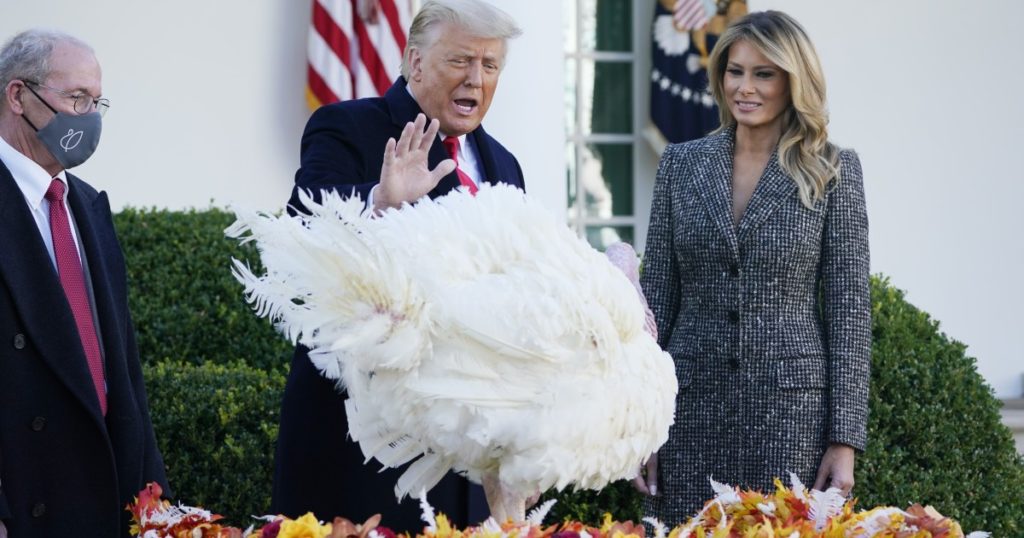 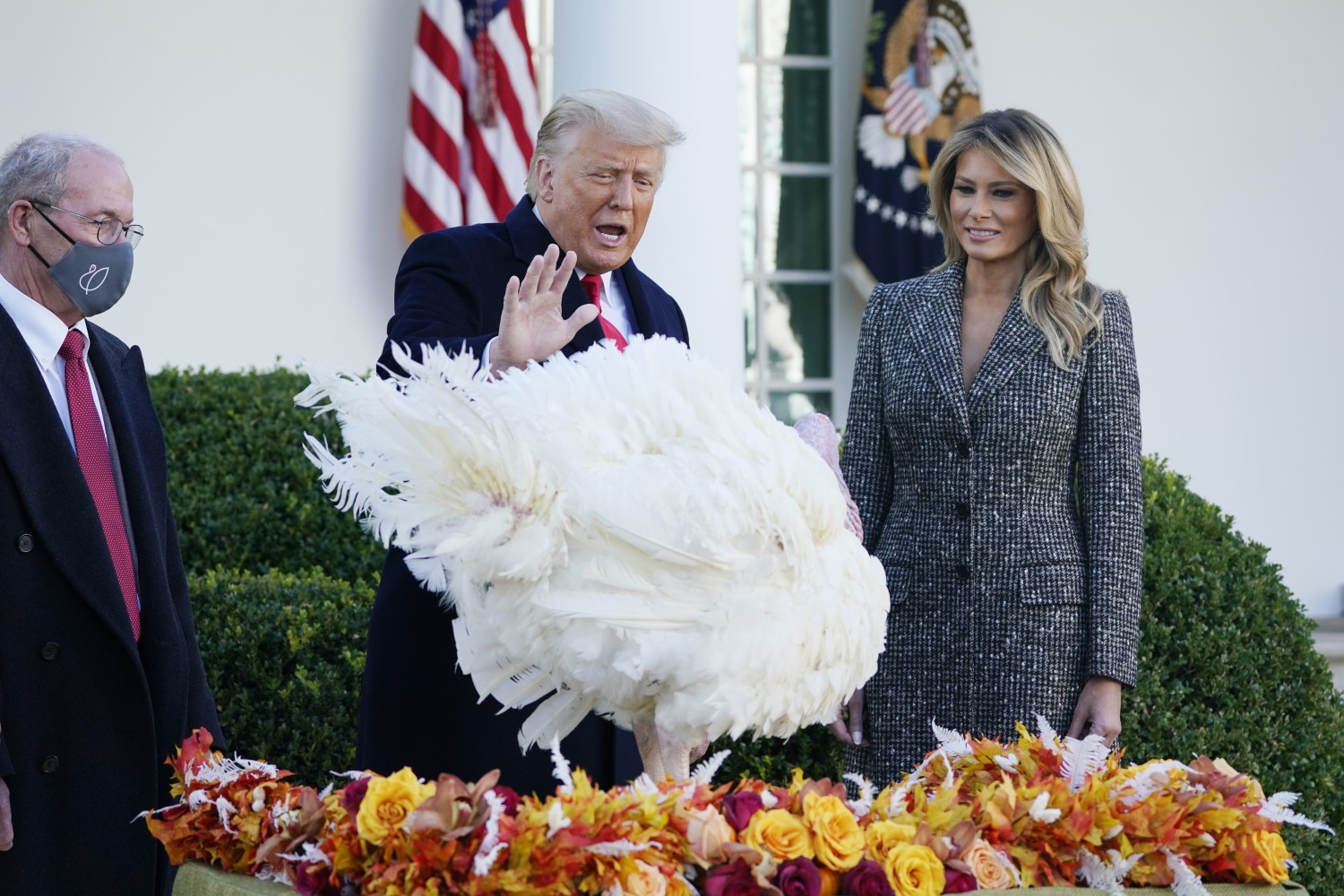 Two years ago, President Trump teased Carrots the turkey, who he said had “refused to concede and demanded a recount” of a vote that the bird supposedly had lost in the annual White House turkey pardon contest.

On Tuesday, shortly before Trump officially pardoned a Thanksgiving turkey named Corn in a similar Rose Garden ceremony, the president aligned himself with Carrots, tweeting, “I concede nothing!!!!!” in capital letters and suggesting the Nov. 3 election be re-run.

But after three tense weeks, the vast federal government was suddenly moving on with a formal transition to President-elect Joe Biden, and Trump’s rage-filled tweets appeared detached from any plausible political reality.

Following a decision Monday night by the head of the General Services Administration, Biden’s team was given more than $6 million to hire staff, cleared for classified intelligence briefings, could seek FBI background checks on nominees, and received cooperation in plans to battle the coronavirus pandemic and administer a vaccine.

The Defense Department, the Department of Health and Human Services and other federal departments and agencies announced they were providing materials and arranging meetings for the Biden team, as the law requires for a normal transfer of power to an incoming administration.

“He sees the writing on the wall,” said one former White House official who requested anonymity to discuss the president. He said criticism from conservative talk show host Rush Limbaugh showed how Trump’s once impregnable GOP support was cracking.

A growing chorus of Republican lawmakers, national security veterans, pundits and others publicly urged the president to either provide evidence of massive fraud — which his campaign has yet to find — or concede and prepare to leave the White House on Jan. 20.

Continuity of government — including the safety and welfare of Americans — is too important to use as a bargaining chip, said Max Stier, president of the Partnership for Public Service, a nonprofit group that closely tracks the transition.

“You don’t take your own family hostage,” Stier said. “This is something that should stand apart.”

By delaying the formal transition, Trump exposed yet another seemingly strong democratic institution as vulnerable to political mischief.

Stier advocates changing federal law to set a lower and clearer bar for designating a likely winner, and not leaving the decision to a political appointee. Emily Murphy, the GSA administrator who refused to authorize the transition until Monday, was appointed by Trump.

Biden and his senior team are all experienced in government, especially when compared to Trump’s family and other neophyte advisors when he took office.

But Biden and his aides have less than two months to prepare to preside over the world’s largest economy and lead a government that includes 4,000 politically appointed staff, a $4.8-trillion budget, and the world’s most powerful military.

Trump’s continued defiance suggests he may never offer a traditional concession speech, where he graciously urges the country to unify behind the new president.

He took no questions during his two appearances Tuesday — his first since Friday other than golfing — using the opportunities, including the turkey pardon, chiefly to tout the latest surge in the stock market. He has shown little sign since the election that he is doing much beyond watching cable TV and tweeting.

Trump has mused to aides about running again in 2024, and his baseless complaints about this year’s election may give him a fresh grievance to run on. For now, his campaign blasted out a text to supporters complaining that the news media had failed to expose electoral problems and asking for a donation.

But Trump’s tweet indicating that he had directed the GSA to start the transition — something Murphy, the GSA administrator, adamantly denied — suggests that he knows the jig is up.

“It’s always been up and it means that he is coming to the realization that it’s up,” said Elaine Kamarck, a government expert at the Brookings Institute think tank who served in the Clinton administration.

She criticized the Republicans in Congress who had yet to acknowledge Biden’s win.

“They continue to treat this guy like a 4-year-old with a gun,” Kamarack said. “They’re terrified of him, and they indulge all his whims.”