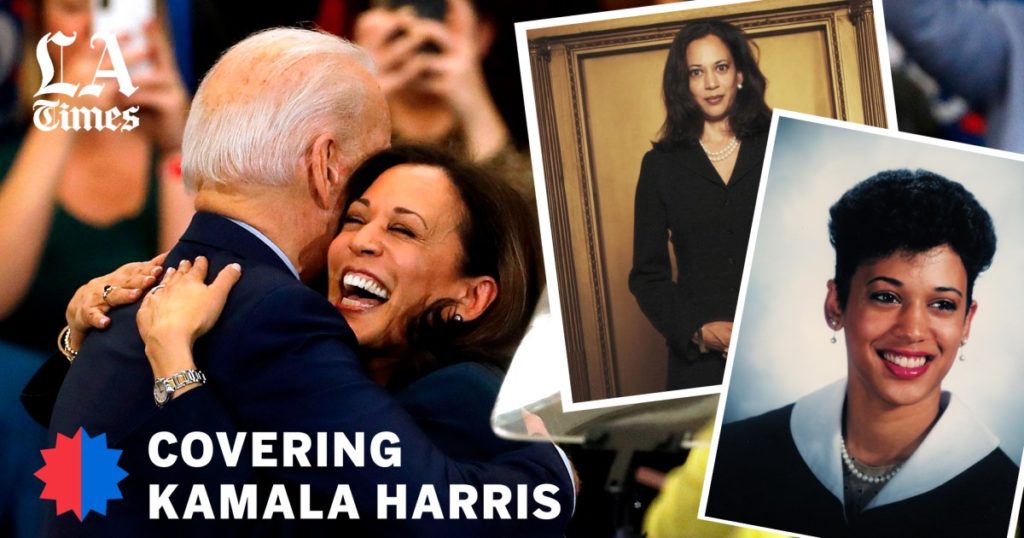 Barack Obama campaigned for president in 2008 with explicit advice from his inner circle to downplay “any topic that might be labeled racial grievance” or to “do anything that would box me in as ‘the Black candidate,’” he wrote in his recent memoir.

Just over a dozen years later, Vice President Kamala Harris was ushered into the White House by the drumline of historically Black Howard University, her alma mater, to be the second in command of an administration that has made closing the racial wealth gap one of four policy “pillars.”

Distinctions in tone, emphasis and perception between the nation’s first Black president and its first Black vice president are not easy to draw. Obama spoke personally and poignantly about the nation’s troubled racial history — including in a 2008 Philadelphia speech sparked by controversy over his pastor — and Harris similarly has been able to interpret her personal encounters with the country’s racial divide for non-Black audiences.

Yet many see Harris as willing to lean harder into her public identity as a Black woman and to place societal racial gaps higher on her agenda. That is widely interpreted as an important marker in the country’s movement, spurred by a Trump presidency that placed white racial grievance at its center, by a summer of nationwide protests over the abuse of Black people in the criminal justice system and by a Capitol siege this month in which Trump supporters waving Confederate flags sought to overturn Joe Biden’s election.

“Both of them are candidates that act as translators on race,” said Arisha Hatch, vice president and chief of campaigns at Color of Change, a progressive political group that focuses on civil rights. “We’re just in a different place as a country.”

In the wake of police shootings of Black people caught on video, Americans of all races increasingly cite racial equity as a top issue in opinion polls. The Democratic Party has recognized that it would not have won the presidency, or the pair of crucial Senate run-offs in Georgia this month that gave it control of Congress, were it not for high turnout among Black voters, Black women in particular.

“Politicians, or leaders, tend to follow the voters,” said Cornell Belcher, a pollster for Obama and author of “A Black Man in the White House: Barack Obama and the Triggering of America’s Racial-Aversion Crisis.”

“In 2008, we didn’t have hundreds of thousands of our young people on the street protesting racism and the sort of systemic racial issues that you see with the criminal justice system,” he said. Those issues were propelled to the “front and center,” polls showed, among voters who chose Biden and Harris.

The two Democrats have a friendship that began when Harris was district attorney of San Francisco and a prominent Obama supporter early on, when his presidential bid was seen as unlikely. She traveled to Springfield, Ill., in February 2007 for his campaign launch. Obama drew criticism in 2013 for joking at an event that Harris “happens to be, by far, the best-looking attorney general in the country.” The controversy, though mild, pointed to the different set of challenges Harris faces as a woman in politics.

They spoke several times during the 2020 Democratic primary and general election campaigns, according to advisors, including when Harris was still a presidential candidate, and Obama, while neutral, was widely believed to favor Biden. An Obama aide said the former president has never explicitly advised Harris on how to address race on the political stage.

Obama did not shy from addressing the country’s history of racism. But he presented himself as a bridge-builder and emphasized that he was raised by white grandparents in an America that had begun the process of overcoming its fraught history on race. He persuaded doubters during the 2008 Democratic nomination contest, including Black voters, that he could win a general election. He coolly dismissed overtly racist lies promoted by Trump that he was not American and stereotypical slurs from others that his wife Michelle was an “angry” Black woman.

“The feeling that we had then was that the historical nature of his candidacy was obvious, that we did not want [him] to get pigeonholed as a candidate who was running to be the first Black president,” said David Axelrod, his chief political advisor. “We wanted him to be a candidate who was running for president who was Black, which was different.”

While recognizing the importance of Rep. Shirley Chisolm’s 1972 campaign as the first Black and woman seeking the Democratic presidential nomination, and of civil-rights leader Jesse Jackson’s runs in 1984 and 1988, the members of the Obama team did not want their candidate to be viewed as “making a statement” in a way that lowered expectations that he could win, Axelrod said.

Valerie Jarrett, a close advisor and friend throughout Obama’s political career, said, “We never used the words ‘racial grievance.’” She went on, “I would describe it as sensitivity that, in order to get elected … to govern effectively, the country needs to see that you will govern for the entire country.”

Obama spoke out about racism on many occasions during his presidency, though mainly when events all but demanded that the first Black president do so. He invoked his young self and his young daughters when an unarmed teenager, Trayvon Martin, was shot dead in 2012 in Florida by a self-styled neighborhood watchman and delivered a stirring eulogy in 2015 for the nine people killed in a Black church in Charleston, S.C., by a white supremacist. His Justice Department made efforts to change policing practices, including establishing a task force that wrote a guidebook for police departments — initiatives that were abandoned by the Trump administration.

Advisors were cautious about drawing Obama into too many such discussions. They expressed frustration in 2009 when his remarks promoting his signature healthcare plan, the Affordable Care Act, were ignored in the controversy over his comment that police acted “stupidly” in arresting a Black Harvard professor, Henry Louis Gates, as he tried to enter his home.

Jarrett said she not only worried that Obama would lose momentum for the bill but was annoyed that a single sentence at the end of a news conference appeared to hurt his standing among white voters in polls.

“I assure you, if Vice President Biden had said the same thing, the reaction would be very different,” she said.

“In the current climate, people would not be surprised by either a President Biden or a Vice President Harris making a similar comment,” Jarrett said. “We are now talking about that in a way people were not a decade ago. … In a sense, it’s progress.”

Donna Brazile — who was the first Black woman to lead a major party’s presidential campaign, when she managed former Vice President Al Gore’s bid in 2000 — said it’s too much to expect any politician to fix systemic problems that permeate the culture, the economy and the criminal justice system. Asking Black Americans to fix racism, she said, is like telling them to solve global warming, just because the floods hit the low-lying areas first.

“We have to dispense with the notion that Black people can uproot systemic racism in the United States of America,” she said. “We don’t have the power to do that. We don’t control the institutions. We’re not in charge.”

Harris, whose Black father emigrated from Jamaica, wrote in her memoir that her Indian-born mother, who had custody of Harris and her sister, Maya, when the parents separated, “understood very well that she was raising two black daughters.” She wanted to make sure “we would grow into confident, proud black women.”

Harris came of age at Howard University, the preeminent historically Black university, and cites her membership in Alpha Kappa Alpha, a Black sorority, as formative. Though she spent much of her adult life in San Francisco and entered politics there as the district attorney, she launched her presidential campaign in Oakland, with a jazz-funk band playing 1970s protest music, and based it in Baltimore, two cities known as Black cultural and political centers.

Harris had a mixed record on police reform during her years as a prosecutor and attorney general, and as a presidential candidate, she was forced on the defensive for her tough-on-crime stands. For example, she’d rejected demands for investigations into a pair of police shootings of Black men in 2014 and 2015.

She has since positioned herself as a leader in rooting out racial bias in policing and opposing cash-bail laws. She spoke out forcefully after the videotaped death of George Floyd during an arrest last May jump-started a summer of nationwide protests for racial justice.

She and Biden remain under pressure, however, to push harder on such issues — and certainly more forcefully than prior Democratic administrations, including Obama’s. Many young activists who have moved to the forefront of civil rights advocacy over the last decade, while frustrated that Obama did not make more strides, recognize that even many Black voters were reluctant to pressure him because of the obstacles he faced as the first Black president.

“It was actually harder as an accountability organization to demand things,” said Hatch, the activist at Color of Change. “The Biden-Harris administration doesn’t actually have that sort of veil of immunity from the Black community, and I think we expect to see promises fulfilled.”

Alicia Garza, a co-founder of Black Lives Matter who now leads the advocacy groups Black Futures Lab and Black to the Future Action Fund, said Harris uses the language of the movement to talk about racism as a structural problem. Obama and Biden, she said, were more likely to describe racial divisions as an issue of individuals failing to understand each other.

For example, Obama held a “beer summit” with Harvard’s Gates and the white police officer who mistakenly arrested him, attempting to bridge that gap in understanding. Biden, as a presidential candidate, told a story of his reconciliation as a young man with a Black antagonist nicknamed “Corn Pop.”

Harris, Garza said, understands racism as a problem that “permeates every aspect of our lives” and is not the result of a few white nationalists and “fanatics.” But she worries that the Biden administration may lose its resolve to tackle systemic racism as other crises take precedence.

“I think the question is not so much what her perspective on the question will be,” Garza said. It is, she went on, “What power does she have to address it?”