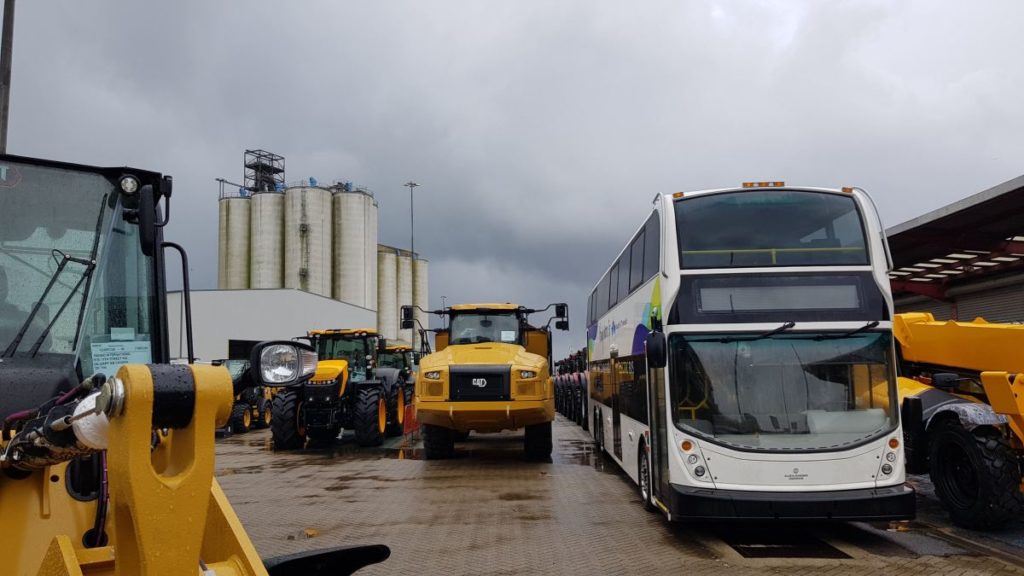 Foothill Transit received its first two electric double-decker buses this month after an overseas journey that started in the United Kingdom.

The buses were shipped from Scotland on December 15, 2020 and arrived at Port Hueneme in Ventura on January 16, according to a staff report in Foothill Transit’s upcoming governing board meeting. The ADL team then drove the buses to L.A. Metro Division 8 in Chatsworth on January 20 where they remained overnight for charging.

On January 21, Foothill Transit staff met the buses and the ADL team where they drove the buses to L.A. Metro Division 13 for a preview by Metro management and a short test ride. Afterward, the buses proceeded to a facility in Ontario for inspection. Foothill Transit’s Maintenance and Vehicle Technology team will perform road testing and acceptance testing of the two buses prior to them being painted.

A very special delivery is getting loaded on a ship *right now*. It’ll take a while to get to our neighborhood. Stay tuned for updates. 😉 pic.twitter.com/t4o5bRPvFF

Hi. I’m electric. I’m going home to Foothill Transit, but first I’m visiting our friends at @metrolosangeles for a refreshing charge. It was a long trip here from the UK! I’ve been waiting to meet you for quite a while, and now the wait is almost over. pic.twitter.com/BXC1p5KkTW