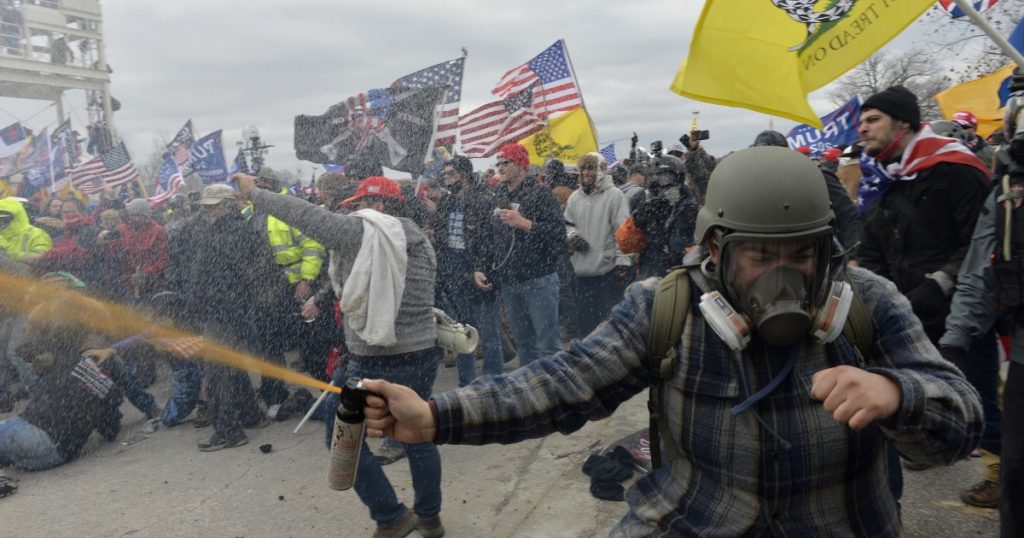 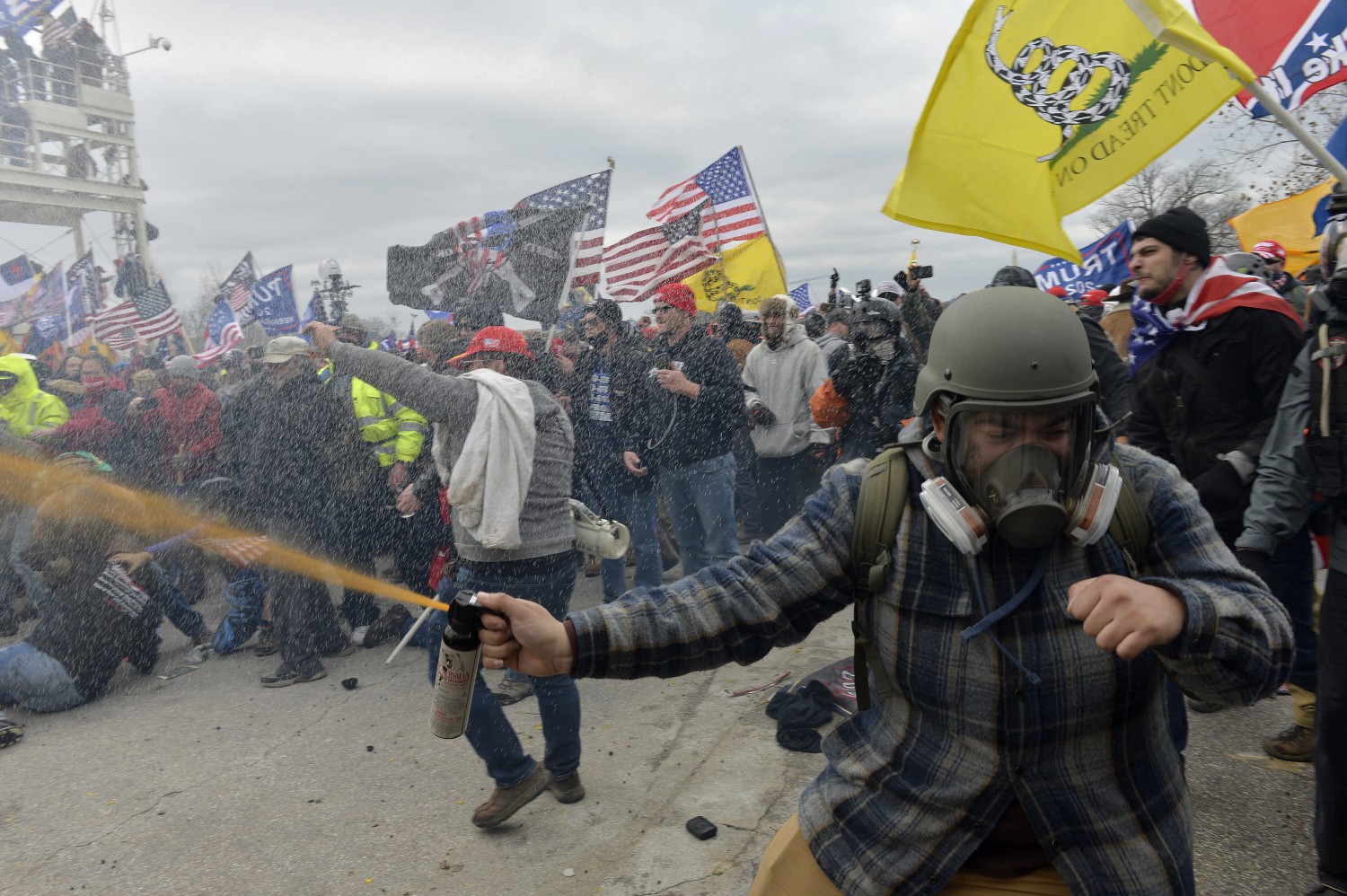 A Fontana man was arrested by the FBI on Wednesday on charges of assaulting a police officer during the Jan. 6 storming of the U.S. Capitol by supporters of then-President Trump.

Daniel Rodriguez, 38, was accused of injuring a D.C. Metropolitan police officer with an electroshock weapon as the mob of Trump backers was forcing its way into the building in an attempt to block Congress from certifying Joe Biden’s victory in the 2020 presidential election.

In an eight-count indictment unsealed Wednesday, a federal grand jury also charged Rodriguez with smashing a window of the Capitol and carrying deadly weapons — a flagpole and the electroshock weapon — during his unlawful presence in the building.

Rodriguez is also accused of stealing one of the emergency escape hoods stored beneath the seats of members of Congress. Many lawmakers grabbed their hoods — designed for protection in a terrorist attack — as they fled the House and Senate chambers moments before the mob’s arrival.

Andrew Byrd, Rodriguez’s attorney, did not respond to an email requesting comment.

The police offer allegedly attacked by Rodriguez was identified in the indictment only as “M.F.,” but HuffPost reported that it was Mike Fanone.

Fanone was in the thick of one of the most violent confrontations of the riot in a doorway tunnel where rioters screaming “heave-ho” tried to ram their way through a line of cops blocking the entrance. Another officer screamed in agony as his face was crushed against the door.

Fanone, who later described the scene as medieval, told reporters he was shocked on the back of his neck with a stun gun about half a dozen times. As rioters ripped his badge off and grabbed his ammunition magazines, Fanone struggled to hold on to his gun. He heard chanting: “Kill him with his own gun.”

“It was the craziest thing I’ve ever seen,” he said.

Rodriguez is one of more than a dozen Californians among the 300-plus people charged with federal crimes in the Capitol riot. Like several others, he participated last year in pro-Trump rallies in Beverly Hills. FBI agents executed a search warrant last week at a home in the Summit neighborhood of Pacific Palisades, but the raid’s purpose was not immediately clear.

After an initial court appearance Wednesday in Riverside federal court, Rodriguez was expected to remain in jail overnight before a bail hearing Thursday.