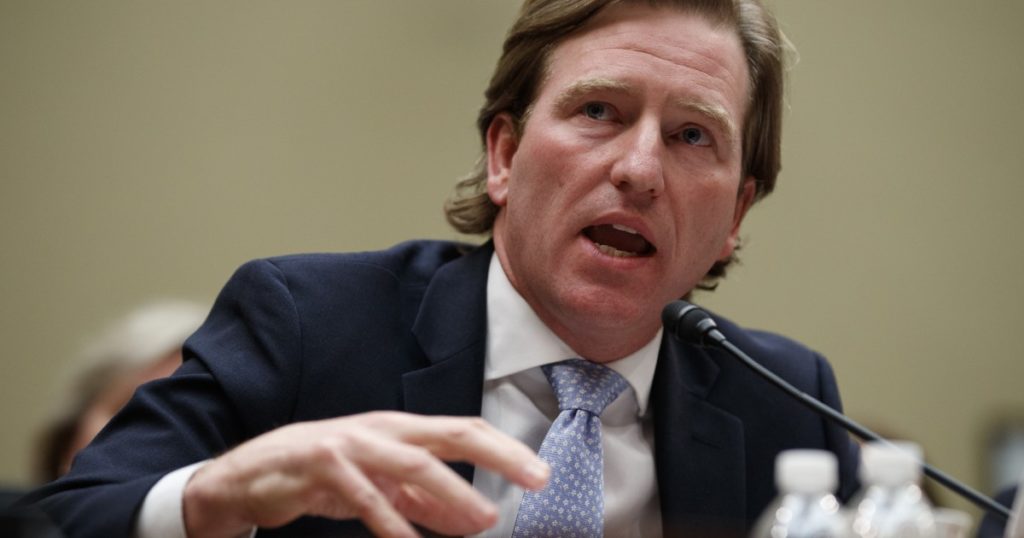 The U.S. cybersecurity chief fired by President Trump last month after he pushed back on allegations of election fraud testified before Congress on Wednesday that such baseless conspiracy theories are having a “corrosive” effect on the public’s faith in the nation’s voting system.

“We’re past the point where we need to be having conversations about the outcome of this election,” Chris Krebs, the former director of the federal Cybersecurity and Infrastructure Security Agency, told the Senate Homeland Security
Governmental Affairs Committee. “Continued assaults on democracy and the outcome of this election … only serves to undermine confidence in the process.”

He also affirmed that “while elections are sometimes messy, this was a secure election.” Under Krebs, CISA deemed the 2020 election the most secure in U.S. history.

Krebs’ testimony came two days after the electoral college cemented President-elect Joe Biden’s victory and a day after a handful of Senate Republicans — including Senate Majority Leader Mitch McConnell of Kentucky — acknowledged for the first time that the Democrat would be the next president. Atty. Gen. William Barr said early this month that the Justice Department has uncovered no evidence of widespread voter fraud that would have changed the election’s outcome.

Those developments did little, however, to dampen conspiracy theories pushed at the hearing by Republican lawmakers and Trump allies who claimed that the election had been stolen and Biden’s victory was mired in fraud.

Sen. Rand Paul (R-Ky.) claimed without evidence the “election was in many ways stolen.” Meanwhile, four witnesses called by the Republicans — two Trump campaign attorneys, a Republican state representative from Pennsylvania and Kenneth W. Starr, a conservative legal commentator and the controversial independent counsel who investigated former President Clinton — made a variety of unsubstantiated claims about systemic election abuses in several swing states.

Sen. Ron Johnson (R-Wis.), the committee’s chairman, said he believed there had been “fraud in this election; I don’t have any doubt about that.” A day earlier, Johnson had told a Wisconsin newspaper that Biden had won a legitimate victory. Even so, the staunch Trump ally said he called the hearing because “a large percentage of the American public does not believe the November election results are legitimate.”

Democrats pushed back on the allegations, pointing out almost all fraud claims had been debunked or rejected by federal and state judges. Sen. Gary Peters of Michigan, the top Democrat on the committee, accused Johnson of using the hearing to spread disinformation.

“There were no widespread election irregularities that affected the final outcome,” Peters said. “These claims are false, and giving them more oxygen is a grave threat to the future of our democracy.”

Trump has ignored such warnings and on Wednesday tweeted out a campaign-style video raising questions about how Biden pulled off the victory. The president also took another jab at Krebs. “Chris Krebs was totally excoriated and proven wrong at the Senate Hearing on the Fraudulent 2020 Election,” the president tweeted. “Massive FRAUD took place with machines, people voting from out of state, illegals, dead people, no signatures — and so much more!”

Krebs, who has received a stream of death threats since he became a target for Trump’s ire, testified that failure to maintain the public’s faith in the electoral system could be disastrous.

“The trick about elections is that you’re not so much trying to convince the winner that they won, [but] the loser that they lost — and you need willing participants on both sides” to do that, he said. “We’ve got to get back to that point; otherwise we’re going to have a very difficult time going forward maintaining confidence in this American experiment.”