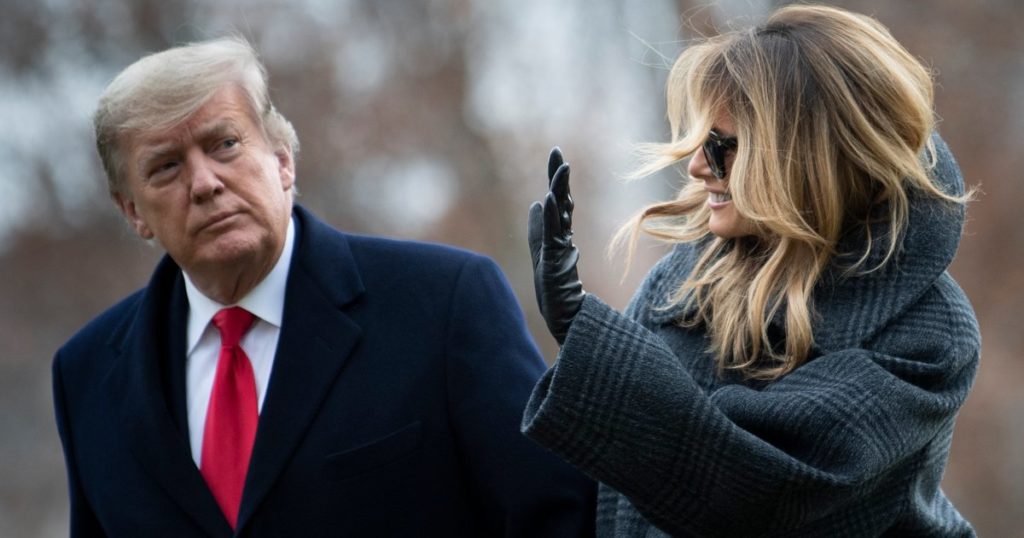 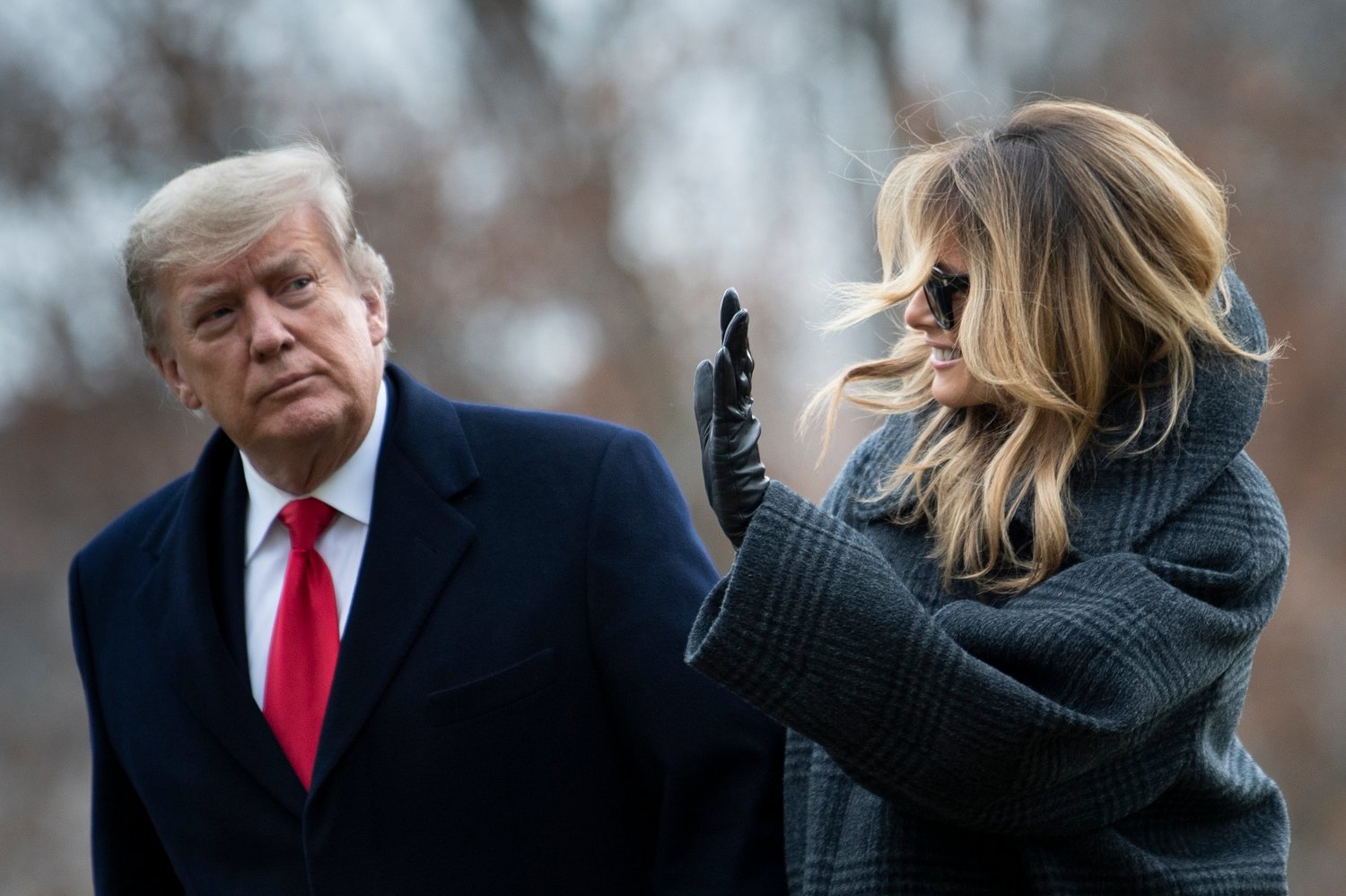 President Trump demanded that Georgia’s top election official help him “find” enough votes to overturn President-elect Joe Biden’s victory in the state, according to a phone recording made public Sunday that
pointed to a brazen new chapter in the president’s attempt to overturn his election defeat.

In an hour-long phone call Saturday, reported Sunday by the Washington Post and the Atlanta Journal-Constitution, Trump cajoled, flattered and implicitly threatened Secretary of State Brad Raffensperger, marshaling elaborate conspiracy theories to support his claim that he had won a state that Biden carried by almost 12,000 votes.

Raffensperger, a Republican, rejected the president’s blunt overtures, telling him: “The data that you have is wrong,” according to the audio recording. The Journal-Constitution said the authenticity of the recording was confirmed by two people involved in the conversation.

Two months after the election, and almost three weeks after the electoral college certified Biden’s victory by a 306-232 margin, Trump is backing expected challenges to the results by congressional Republicans in a joint session of Congress on Wednesday that typically is ceremonial in nature. Scores of Republican House members and at least a dozen GOP senators have signaled support for the effort, which could result in hours of debate before each chamber is expected to reject the protest.

Republican plans to contest the election have generated scorn from establishment GOP figures, including Sens. Mitt Romney of Utah and Ben Sasse of Nebraska. On Sunday, seven conservative Republican House members issued an unusual joint statement announcing their opposition to the challenge, warning that congressional action “would amount to stealing power from the people and the states.”

Such warnings have not deterred Trump or his die-hard allies. The president has repeatedly leaned on state officials in an attempt to undermine vote certification in such battleground states as Michigan, Pennsylvania and Georgia. But the call to Raffensperger — both in nature and timing — represents the most frantic-seeming escalation yet in the president’s bid to reverse his defeat.

Since November, the Trump campaign has lost nearly 60 court cases across the country involving claims of election malfeasance. Some judges have issued scathing rebukes of Trump’s legal team in describing the claims as baseless.

The emergence of the recording comes two days before twin Senate runoff elections in Georgia that will determine control of the chamber, and 17 days before Biden, together with Vice President-elect Kamala Harris, takes the oath of office on the steps of the Capitol.

Although the White House has not commented on the recording, Trump himself confirmed the contact in a tweet Sunday morning, writing he had spoken with Raffensperger, describing the Georgia official as “unwilling, or unable, to answer questions” about various alleged election improprieties.

“He has no clue!” Trump tweeted.

Raffensperger, who has consistently turned aside Trump’s claims about voting fraud, replied with a tweet of his own: “Respectfully, President Trump: What you’re saying is not true. The truth will come out.”

The timbre of the phone call, in audio excerpts published on the Post’s website, was in line with that Twitter exchange. Raffensperger, joined by his office counsel, kept a calm and almost flat tone, occasionally giving one-word answers, while Trump alternately raised his voice in anger or dropped to a wheedling murmur.

“There’s nothing wrong with saying that, Brad,” the president said almost soothingly at one point, urging Raffensperger to declare that he had corrected the result after recalculating. He also appealed to Raffensperger’s party loyalty, saying, “You’re a Republican!”

“The people of Georgia know this is a scam,” Trump said, returning repeatedly to similar language to describe the vote count. “This is a faulty election result.”

To such entreaties, Raffensperger stolidly replied: “We believe we do have an accurate election.”

Trump cited no evidence to support his claims of widespread fraud, for which state and local election officials, and his now-departed attorney general, William Barr, have reported finding no evidence.

On the call, Trump repeatedly suggested that if Georgia state officials supported his effort to overturn the presidential vote, it would be beneficial to Republican Sens. Kelly Loeffler and David Perdue, who will be facing Georgia voters in Tuesday’s runoff.

“You would be really respected if you could straighten this out,” he told Raffensperger. “You have a big election coming up on Tuesday.”

During another exchange, Trump sought to bolster a particular claim of “ballot-shredding” by telling the secretary of state, “That’s what the rumor is,” providing no proof.

At times, the dialogue had the feel of a movie script in which a mob boss instructs an underling to obtain a desired result without specifically telling him to do anything illegal. “I just want to find 11,780 votes,” Trump said in the Post audio, referring to the vote divide between him and Biden.

At other junctures, the president was almost blithe in his dismissal of the much-scrutinized Georgia tally, which has been subject to audits and hand recounts.

“It’s pretty clear that we won,” Trump said, before casually segueing into a reference to rally size as the most valid indicator of his support. Of Biden’s win, he said: “There’s just no way. Look, there’s no way.”

The Journal-Constitution report said that those on the call included White House Chief of Staff Mark Meadows, along with other aides and attorneys. It quoted Meadows as appealing to Georgia officials to act “in the spirit of cooperation and compromise.”