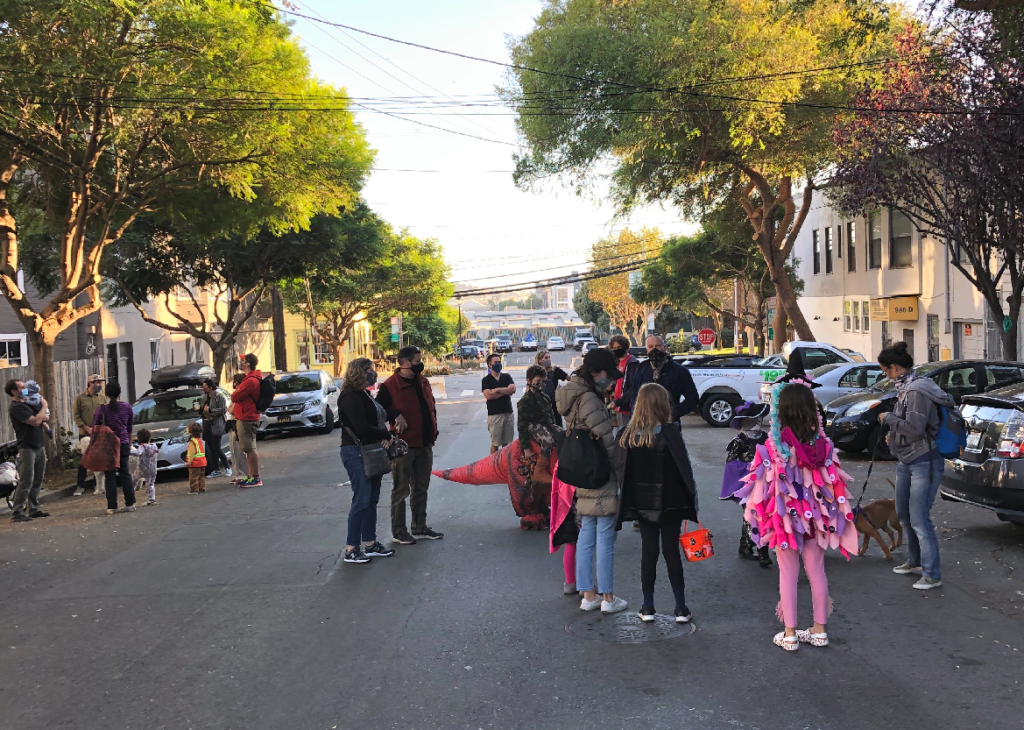 Minnesota Street, from UCSF to 22nd in Dogpatch, is currently closed to through traffic as part of SFMTA’s “Slow Streets” program. As with many other designated slow streets, a group of local residents and advocates is pushing to keep it that way. “A number of slow streets have been temporarily set up but Minnesota is one of a few streets that have garnered particular support, a sizable petition/survey, and a number of volunteers and events,” wrote advocate and local resident Peter Belden in an email to Streetsblog.

They’re urging people to take SFMTA’s slow streets survey for Minnesota and to ask for it to remain after the pandemic. And they’ve set up a petition and ‘call to action’ of their own.

From the call to action for Minnesota:

We love the Minnesota Slow Street. Let’s make it permanent. Help us by completing the survey below. As part of SFMTA’s response to the COVID crisis and the need for San Franciscan’s to have access to safe & healthy outdoor recreation, the blocks of Minnesota between Mariposa and 22nd have been made into a Slow Street. Slow Streets are streets that are open for walking, running, wheeling, biking and playing. Cars may only travel the street for under one block and only to reach a destination on that block.

“Minnesota isn’t just a nice slow street, it is a critical segment in a citywide bike network. That ties it back to my Streetsblog piece from last year about the need for a citywide connected and protected network of bike lanes,” added Belden. “Minnesota fills a key gap in that network.”

To build support for keeping it permanent, early on in the pandemic local residents held “activation events,” as seen above and below. “We got kids out into the crosswalks and along several blocks of the street to do chalk sketches and to highlight that we could do in the street,” explained Donovan Lacy, Vice President of the Dogpatch Neighborhood Association. “While the children did that we built sawhorses with concrete legs” to bolster up the slow-streets signs, he said.

They also held a “spooky stroll” on Holloween. “We used the entire slow street to socially distance while being able to trick or treat,” said Lacy.

The activation events worked to get people interested, going by the poll results; Belden reports that neighborhood advocates got “145 responses from District 10 residents and found over 80 percent support among those who live on Minnesota.” For perspective, he told Streetsblog that one of SFMTA’s recent neighborhood-wide surveys elsewhere in D10 only got 66 responses.

This push on Minnesota follows a pattern: while slow streets were originally created to give people space to get outside and socially distance during the pandemic, they also served as an unintentional catalyst for people to rediscover how nice it is to have shared spaces right out of their front door. Many pushes are now underway to make these conditions permanent.

Be sure to fill out the Minnesota Street survey. Let SFMTA know too that you want this street to remain open to people. And, if you live in the area, email D10 Supervisor Shamann Walton [waltonstaff@sfgov.org] to tell him “you love the Minnesota Slow Street and want it to be permanent!”