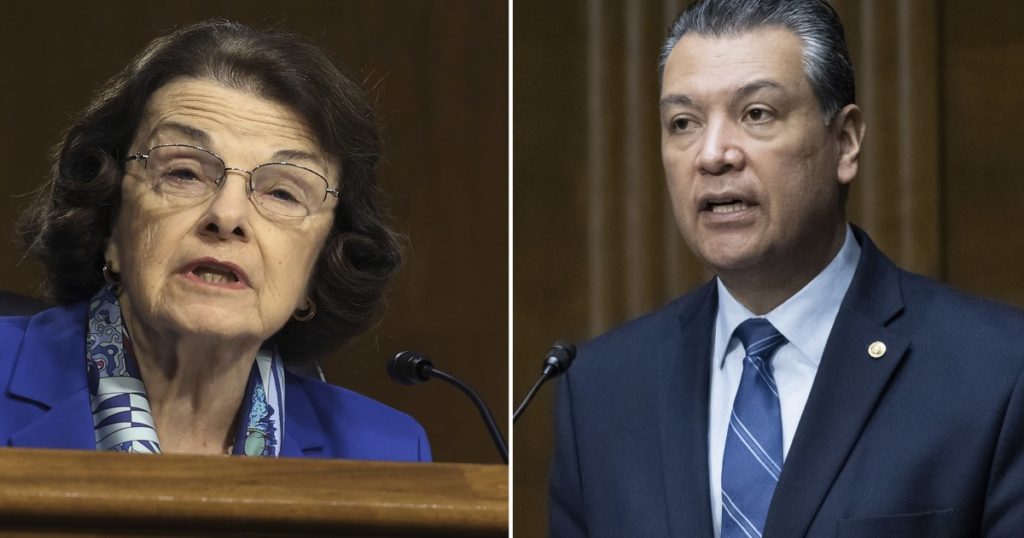 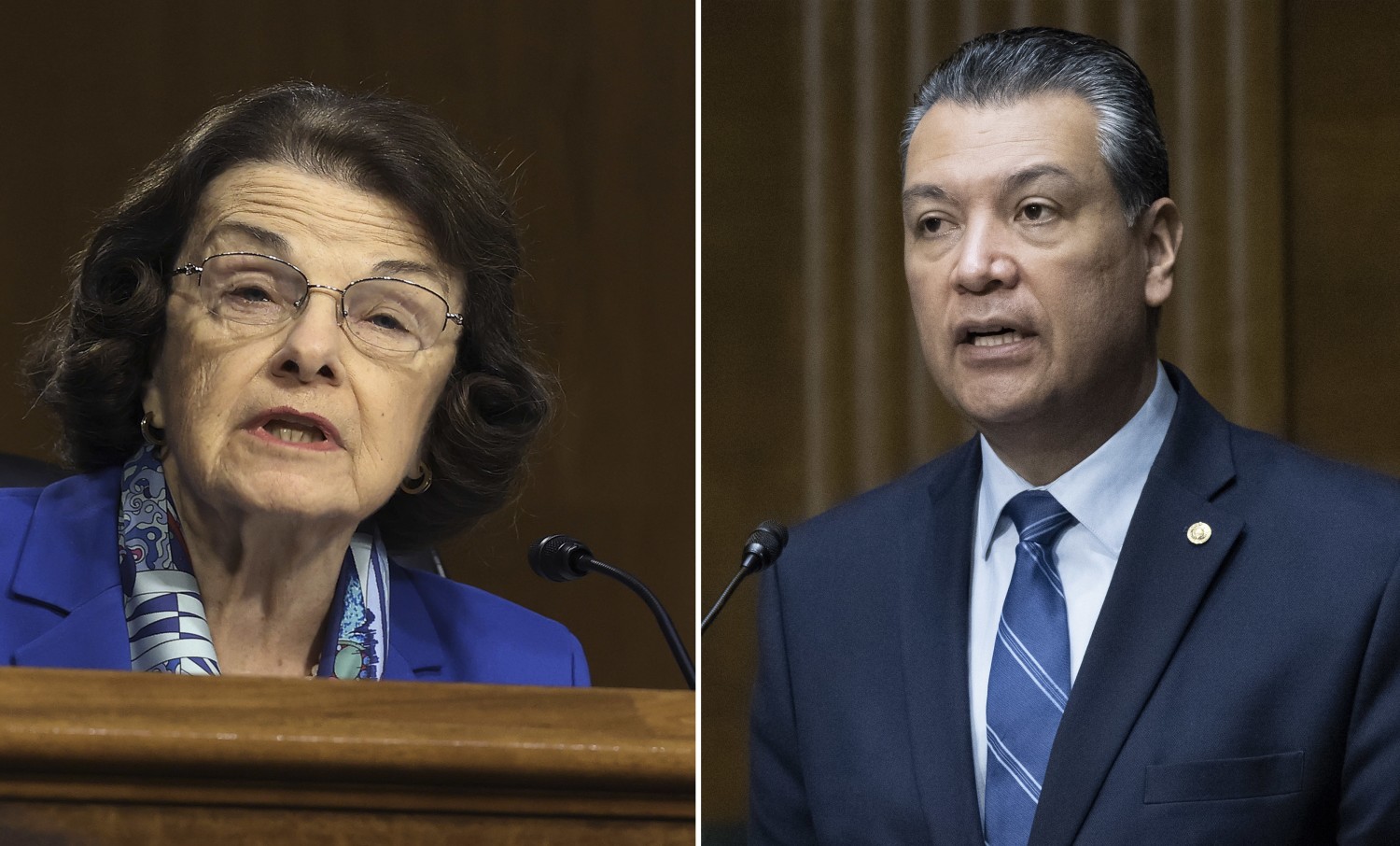 The UC Berkeley Institute of Governmental Studies Poll, co-sponsored by The Times, found that Feinstein’s popularity remains underwater, with her ratings virtually unchanged since its last survey in January. Just 35% of respondents approved of her work, while 46% disapproved. The remaining 19% had no opinion.

The findings mark a significant change in Feinstein’s standing with California voters. Throughout her nearly three-decade Senate career, Feinstein, 87, enjoyed positive marks; in December 2017, the most recent Berkeley IGS polling about her until this year, voter approval exceeded disapproval by 11 points.

“Voters are viewing her much differently now than they were three years ago,” said Mark DiCamillo, the poll’s director.

Her slide in the polls is reflected in nearly all of the state’s demography. Among both men and women, as well as across all age groups, more voters disapprove of her performance than approve. The same is true across geographic regions, even in her native San Francisco. One bright spot for Feinstein is her continued support from Latino voters, which has dipped slightly from 2017 but remains more positive than negative.

The flagging approval ratings coincide with increasing skepticism Feinstein has faced from her party’s base. Her approach to Supreme Court confirmation hearings under former President Trump was criticized by progressives as overly conciliatory. The Berkeley IGS poll found 47% of liberals now approve of her job performance, a plunge of 23 points from 2017.

Feinstein has made some recent overtures to the left — namely, by signaling openness to circumventing the filibuster rule in the Senate in order to pass voting rights legislation, a top Democratic priority. Regaining support from her voters, however, may require a more high-profile effort, DiCamillo said.

“In order for her to change voters’ minds, she would literally need a forum — where there’s some spotlight that’s focused on her — to allow her to have the voters reassess their current positions,” DiCamillo said. “They’re kind of locking in right now.”

Californians’ opinions of Padilla, the state’s junior senator, appear far less fixed. The poll found that 34% of voters approve of his job performance, exceeding the 20% that disapprove. Nearly half of respondents — 45% — have no opinion at all.

The high proportion of those withholding judgment is not surprising, DiCamillo said, given that Padilla was just appointed to the Senate in January by Gov. Gavin Newsom to fill the vacancy left by Vice President Kamala Harris.

Despite his newness, Padilla had positive ratings across nearly all regions of the state, save for the Republican-leaning North Coast and Sierras, and was particularly strong in his home base of Los Angeles County, where 40% of respondents approved of his work and just 17% disapproved.

As California’s first-ever Latino senator, Padilla also has good marks across racial lines. His popularity is strongest among Latinos, among whom approval hit 48%.

With just 18 months until voters will decide if he deserves a full Senate term, Padilla has been relentlessly trying to boost his profile through media appearances and constituent outreach, as well as playing up his progressive bona fides to ward off a challenge from the left. The efforts appear to have resonated with the state’s strongly liberal voters who give him a 53% approval rating, the highest of any ideological faction.

“There’s a lot of communication that will need to take place between now and the election,” DiCamillo said, “but he’s in a pretty good position.”

The Berkeley IGS poll surveyed 5,036 California registered voters from April 29 to May 5. The poll was administered online in English and Spanish, and the estimated sampling error is plus or minus 2 percentage points.