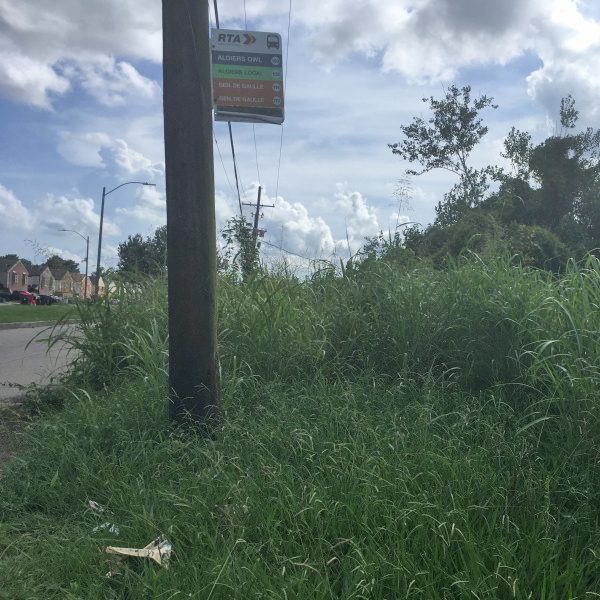 Public transportation is an affordable mobility option for residents of communities nationwide, but it’s too frequently underfunded. This results in low-quality service and low ridership. It also forces people with low incomes to buy cars and encourages increased carbon emissions.

To help address these issues, several advocate and research organizations have proposed a $20-billion annual program to support bus and train operations. Rep. Hank Johnson (D-GA) recently introduced a related bill in the House of Representatives.

Additional federal transit operations support could go a long way toward improving mobility access for communities nationwide. It would not only improve the quality of transit service, but it would also facilitate more equitable access in cities and towns of all sizes. In new research, I show current constraints and future opportunities for improved access to public transportation.

Today, the federal government has only a minor role in funding US transit operations, supporting the cost of only about 7 percent of the nation’s bus and rail services before the pandemic. State and local governments, on the other hand, funded much more. They provide intergovernmental grants to supplement fares, fees, and direct taxes raised by transit agencies.

The reliance on state and local funds creates inequities. State governments fund local transit agencies at higher levels when state residents are more liberal and when those governments are controlled by Democrats. To see also : Can An Automaker Help Your City Design a Better Intersection? – Streetsblog USA. This means that dominant political attitudes may inhibit access to quality transportation options for people who want or need to ride transit.

And local governments fund transit more generously when local incomes are higher. Indeed, communities with low levels of poverty and higher shares of white people have better transit service than places with many families with low incomes and people of color.

Moreover, expanding sources of local and state revenues may reinforce inequalities between communities. There are many places, like Austin, Texas, where voters agreed to pay increased taxes to improve transit. But residents’ ability to raise funding locally depends on local resources, which means wealthier places can raise more money from residents, and more liberal residents are more likely to support such investments.

In contrast, the small amount of funding the federal government allocates to transit operations is based on current funding formulas (PDF), so it’s much more equitably distributed. But expanding federal transit support for operations has proven difficult because of restrictions made by federal agencies that limit most federal allocations to capital investments, like purchasing new buses or building new rail lines.

Because of poor transit funding, families with low incomes often have little choice but to drive. Read also : Send Us Your Nominees for the Sorriest Bus Stop! – Streetsblog USA. The lowest quintile of Americans by income spends up to 30 percent of their wages on transportation — a reflection of automobile dependence and the dual expenses of buying a car and paying for fuel.

Compared with residents of other countries, Americans are infrequent transit users. According to a pre-pandemic poll [PDF], only about 5 percent of U.S. residents use transit on most days. That’s compared with 16 percent of French people, 20 percent of Germans, 30 percent of Mexicans, and 52 percent of Russians. And U.S. transit use has declined over the past few decades, both overall and in the biggest metropolitan areas.

There are several major explanations for this limited transit use. One is that land-use policy has encouraged sprawling, car-dominated urban design, making transit difficult to ride. Another is that the quality of transit servicein US cities is low compared with other countries, as buses and trains don’t run comprehensively or frequently enough.

New federal support would expand funding availability for transit service, ensuring communities large and small can pay for more frequent and reliable buses and trains. If designed appropriately, a new federal program could also help reduce regional differences that inhibit access to transportation. See the article : Rethinking City and Commuter Transportation – Streetsblog USA. (And it would build on the federal government’s funding during the COVID-19 pandemic that kept buses and trains running, potentially setting a precedent for future policy.)

I compared current and potential funding allocations under a hypothetical $20 billion annual federal program using equity-focused formulas developed in the research report. The data show that, under current law, communities with few households with low incomes spend more on transit services than those with many households with low incomes. This is likely because communities with many impoverished families simply cannot raise as much money from local sources as wealthier places.

On the other hand, an expanded federal program that prioritizes equity would reverse that relationship. First, it would increase funding for all communities, ensuring even small towns are able to fund transit programs while benefiting big cities like New York and Washington. Second, it would ensure the communities that most need more transportation options—those with many families with low incomes — get more funding.

To guarantee the successful expansion of federal transit support, federal policymakers would have to work through several key issues:

With an equitably minded transit funding program, the U.S. could improve access to mobility, improve quality of life, and help more families travel to essential needs.

On the same subject :
Today’s Headlines – Streetsblog California
Biden and the NHTSA have a big safety mess to clean up.…