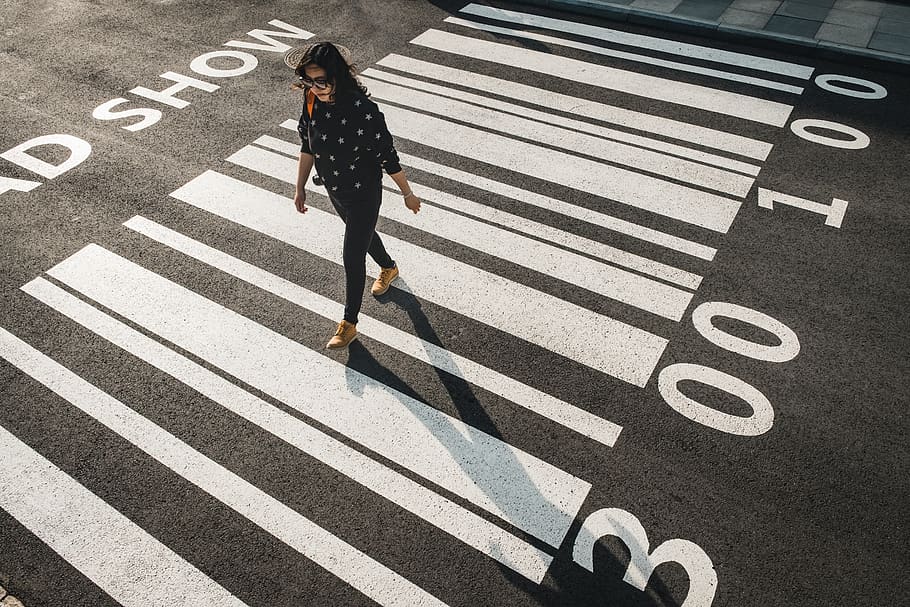 The U.S. Department of Transportation’s first pedestrian safety “action” plan is pretty thin on dramatic action to end the pedestrian death crisis — but some experts think it could at least give cities a few more tools to save lives.

In a self-congratulatory press release, representatives for the agency praised themselves for drafting a “first-of-its-kind” comprehensive walking safety plan, which details 30 actions the agency will complete before the end of the Trump administration (most of which were already completed earlier this year, and many of which were pretty offensive to advocates), as well as 60 priorities that the incoming Biden administration will be encouraged to tackle. Secretary Elaine Chao praised the report as an “unprecedented comprehensive safety effort” that was more urgent than ever in the midst of an ever-rising death toll, “because crossing a street should not be lethal for thousands of adults and children every year.” (Her predecessors in the Obama administration issued a similarly named plan in 2014 that explored many of the same solutions, albeit in less granular detail.)

Some pedestrian safety advocates applauded the lame-duck leaders of the agency for giving any attention to a growing public health crisis that they’ve hitherto largely ignored, but most found the document pretty toothless without dedicated funding and policy change.

“I wish they would have talked more about tailoring existing programs so that they make better decisions automatic and funded,” said Angie Schmitt, pedestrian safety expert and author of “Right of Way,” which examines the pedestrian death crisis. “But they may not have done that because Congress controls spending measures.”

But other experts stressed that the powers of the Transportation Secretary aren’t nearly as limited as the report seemed to suggest — and hoped that Biden’s as-yet-unnamed DOT head would be far more bold.

“Speaking as a former mayor who’s put out a lot of press releases, when you haven’t succeeded in implementing the significant, noteworthy changes you know you need, you put out a list of lots of smaller actions like this,” said Mike McGinn, executive director of American Walks and the former mayor of Seattle. “That’s what this feels like to me. … It really doesn’t contain much in the way of leverage or consequences. It’s a sign of some evolution in the right direction, but it’s not a radical transformation.”

Here’s a glimpse at the good, the bad, and the outright missing.

Safer vehicles on the horizon?

To its credit, the DOT seems to recognize the role that vehicle design has played in our roadway death toll — even if its recommendations won’t do much to actually make cars safer.

The report offered glimpses of potential future rule-making on some of the most dangerous features common to modern vehicle design, including “improved lower beam headlighting performance to increase seeing distance for drivers,” which contributes to the estimated 76 percent of pedestrian deaths that occur after dark. The agency even acknowledged that the “increase in the popularity of sport utility vehicles and light trucks may play a role in the increasing number of pedestrian fatalities.” (May play a role? Most advocates think the link is a lot more definitive than that.)

But the report stopped short of recommending one particularly crucial change that the DOT could likely implement without the approval of Congress: adding pedestrian safety ratings to the New Car Assessment Program like the vast majority of other nations already do. Advocates inside the agency have been pushing to require automakers to meet minimum pedestrian crash test standards since the Program was created back in 1978; it’s long past time for the agency to stop bowing to pressure from automakers.

One of the most frustrating barriers to curbing roadway carnage is how astonishingly little data our communities collect on walking — which makes it incredibly hard to understand where they should make the first changes.

Apparently, 2020 was the year that the office of the Secretary finally began to explore the kind of ground-breaking anonymized cell phone data collection systems that can give cities a real-time picture of where and how many people are out there walking around, which in turn might give leaders a blueprint for the most impactful safety interventions. And the agency also started laying the groundwork for cities to develop their own “[pedestrian] data analytics and visualization dashboards” — a project that they’re recommending that the next administration take up.

Sadly, we don’t just need better data on walkers who are still alive, because we have spotty federal data on dead and seriously injured walkers, too. Happily, the DOT is also pushing for the next team to “develop a Crash Injury Research trauma center-based crash data collection program by modernizing pedestrian crash data collection protocols.” (Let’s hope that also includes standardizing crash reports from state to state and city to city, since so many crash stats are deeply incomplete, and often largely based on officer conjecture.)

Helping cities get a handle on exactly how bad their crash rates are would be huge. But it would be even better if cities faced real funding consequences for failing to take action against traffic violence — because as it stands, they don’t. Most experts think that change will need to come from Congress, but the next DOT head could pressure the legislature to finally close the loophole that lets states set safety targets that wouldn’t lower death totals at all.

Here’s something that has almost no proven impact on pedestrian safety, at least when compared to the effect of good roadway engineering: driver’s education! But the DOT is recommending cities and states invest in it anyway.

Trump’s DOT is recommending that Biden’s team “depict the highest-risk behaviors by motorists, pedestrians, and cyclists utilizing crash animation videos in drivers’ education courses.” Would-be drivers in the 18 states that don’t require any form of driver’s education to obtain a license will miss out — but that might be okay, since some of the things that the current DOT would have drivers believe are “high-risk” behaviors, like walking down the street without a flashlight, are only risky because cities fail to install adequate streetlights, crosswalks, sidewalks, and generous walk signals, not because walkers did anything even remotely wrong. Teaching drivers that walkers are the ones taking a risk by leaving the high-viz vests at home — rather than drivers, who are piloting a machine that can kill other people with one wrong move — is a truly terrible precedent to set.

At least the DOT is also recommending some good educational initiatives — for roadway engineers. The agency has already compiled some good resources on how to design with walkers in mind. Here’s hoping the next Congress gives its successors the tools and money they need to actually mandate such design shifts in places everywhere, starting with the places where walkers most frequently die.

The DOT’s “action” plan offers little in the way of real policies and programs, but it’s certainly heavy on research and resources: words like “study,” “investigate,” “plan,” “assessment,” “promote,” and “toolkit” appear in the document 52 times, though almost none of those words are accompanied by policies that require state and local agencies to use those insights in any meaningful way.

Perhaps the most optimistic way to look at the DOT’s “action” plan is to think of it largely as a storehouse of government-funded research that can stand ready to inform real policy changes when a new Secretary and (not to mention a new Congress) with a bold commitment to end the pedestrian death crisis finally comes along. The pessimistic take, though, is that the 2014 edition of our federal pedestrian safety “action” plan was heavy on studies, too — including then-futuristic ideas like “vehicle to pedestrian” technologies that Chao’s team still thinks deserve academic scrutiny and in government-funded labs. And in the six years between the two reports, pedestrian deaths have increased by a shocking 35 percent.

It’s time we stop planning for a future where no one dies on our streets, and start doing everything we can to make Vision Zero our present. To do that will take real money, policy and cultural change — not just another government report with a laundry list of missed opportunities, proposed research and little else.