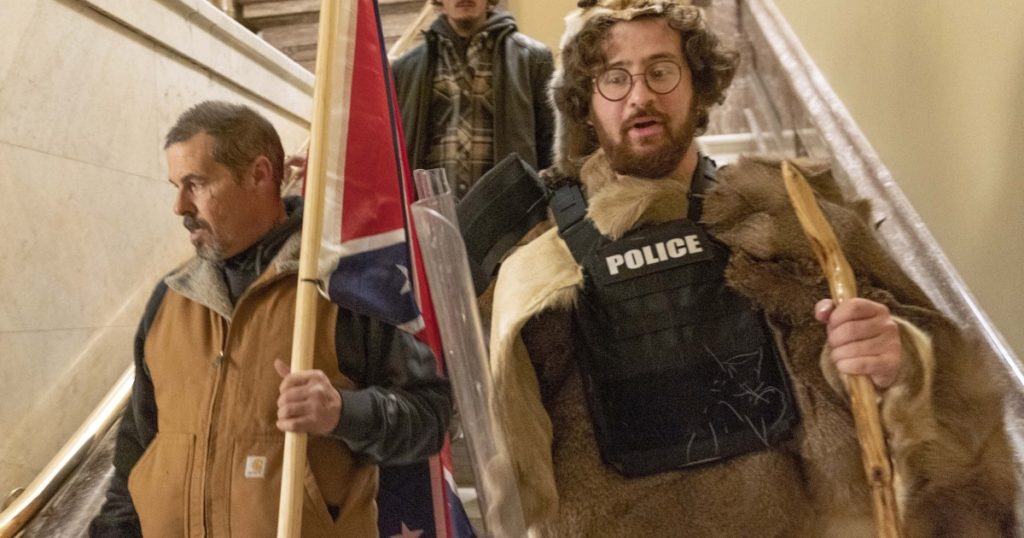 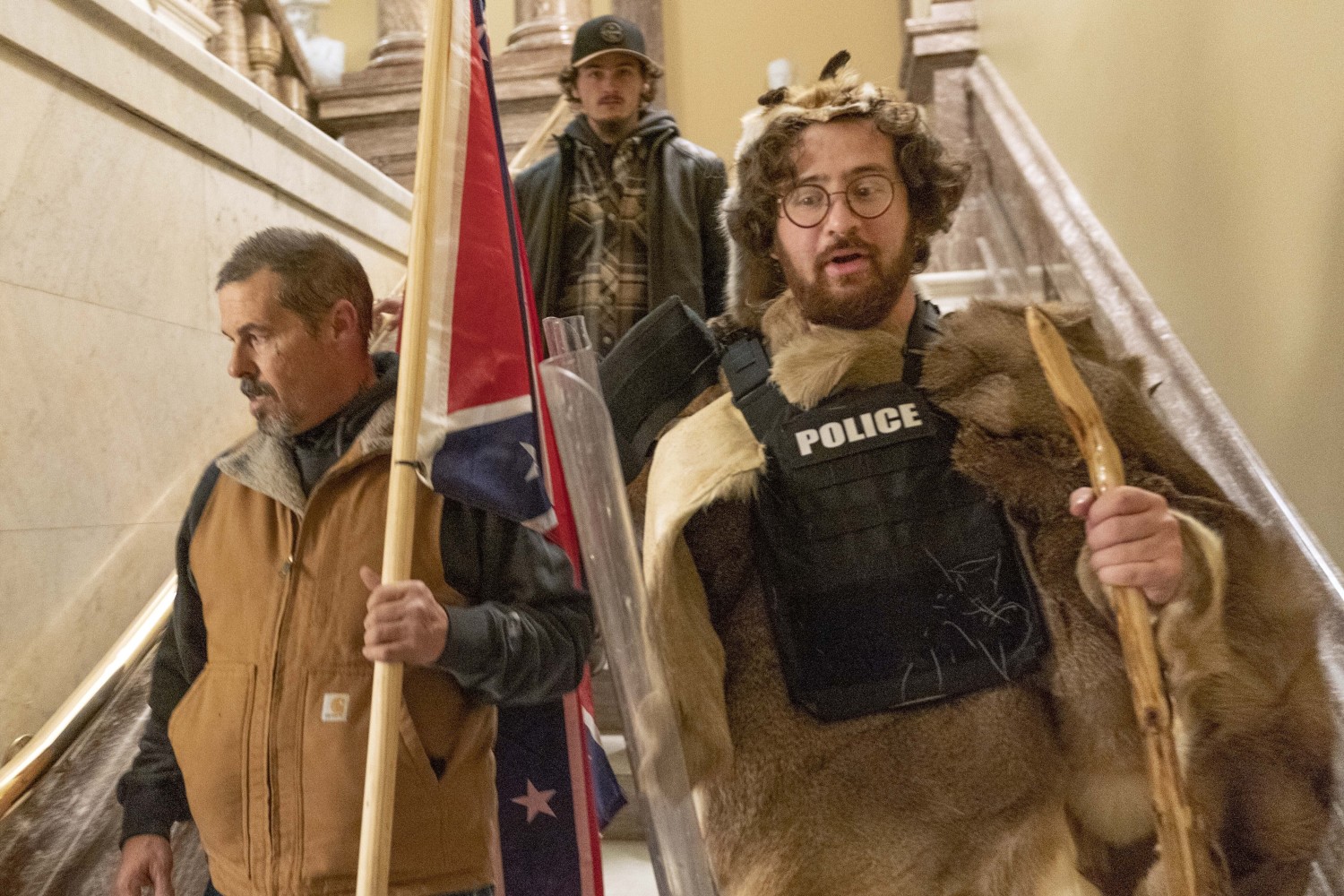 The man on the video waved a large Confederate flag as he and others stormed through the U.S. Capitol — a glaring reminder of an earlier insurrection as a new one played out.

The jarring image made the flag bearer a wanted man. Federal investigators set out to find him, but didn’t have much to work with.

Then came the tip. A co-worker of a man named Hunter Seefried told the FBI that Seefried “had bragged about being in the Capitol with his father.” FBI agents pulled the driver’s license of the father, Kevin Seefried, and bingo: He was a match for the flag-waving intruder. Federal charges against the Delaware father and son followed soon after.

In recent days, law enforcement agencies have brought more than 100 criminal cases against people accused of participating in the assault on the Capitol. In some cases, the work was easy as people implicated themselves with selfies and videos on social media and in interviews with journalists.

But as the low-hanging fruit of readily identifiable rioters began to dry up, family members and friends, co-workers and bosses, old acquaintances and others became increasingly helpful in developing leads, court records show.

One woman called authorities to report that a man she’d seen in videos inside the Capitol was her ex-husband. A State Department employee reported his girlfriend’s brother to investigators. The wife and children of a Texas man confirmed he’d traveled to D.C. And in Newport News, Va., a convenience store employee recognized a customer from footage of the mob and helped federal agents pull the man’s license plate number from store surveillance.

Acting Atty. Gen. Jeffrey Rosen praised the deluge of nearly 200,000 digital tips that have poured in as proof that the American people “will not allow mob violence to go unanswered.”

Experts on extremism said such tipsters also are an important firewall against future extremist attacks.

Extremists “don’t live in a vacuum… They all have family, friends, colleagues, co-workers, and it’s no surprise that they will share their beliefs or actions with those people,” said Erroll Southers, director of homegrown violent extremism studies at USC. “The best opportunity we have to either help them disengage from that kind of thinking or action, or worse yet thwart a plot, is enabling community members [to intervene].”

Some of the Capitol cases turned on wrenching decisions by family members to turn in relatives.

On Jan. 16, for example, federal agents raided the Texas home of Guy Reffitt, a man suspected of belonging to the 3 Percenters extremist group and entering the Capitol. They had matched images of him outside the Capitol to his driver’s license, but Reffitt’s family members helped authorities pin down the case, court records show.

Reffitt’s adult son told law enforcement officers his father had admitted to being at the Capitol and to erasing footage he had shot of the assault after learning the FBI was on to him.

“If you turn me in, you’re a traitor and you know what happens to traitors … traitors get shot,” the son recounted his father saying to him.

And a member of Chad Jones’ family called authorities a few days after the Capitol attack to identify him as the man who had used the pole of a rolled up Trump flag to smash the windows of a door through which a Capitol police officer fatally shot another rioter moments later.

Other cases came together on flimsy social connections.

On Jan. 9, the FBI interviewed a person who provided pictures and videos from the Facebook account of a man named Jake Lang. The tipster had met Lang as a child and “maintained a social media connection with” him for more than 10 years. The two weren’t close, but the tipster still was able to provide enough information to help authorities confirm Lang’s identity, they said.

Seth Jones, a terrorism expert with the Center for Strategic & International Studies, said American acts of domestic terrorism are often carried out by individuals instead of organized groups, making it difficult for law enforcement to uncover and thwart plots. In such instances, information from a person’s family members and friends becomes critical, he said — and that will remain true as the nation looks to confront the increasing domestic radicalization moving forward.

Jones cautioned against neighbors spying on each other but said people need to give authorities information about a loved one or friend who has become radicalized toward violence and talks about hurting people or encourages violence against others.

The FBI is still hoping more people will come forward with information about the Capitol attack. On Thursday, they announced a reward for information leading to the arrest and conviction of a masked and hooded suspect who placed pipe bombs in the area that day had increased to $75,000.