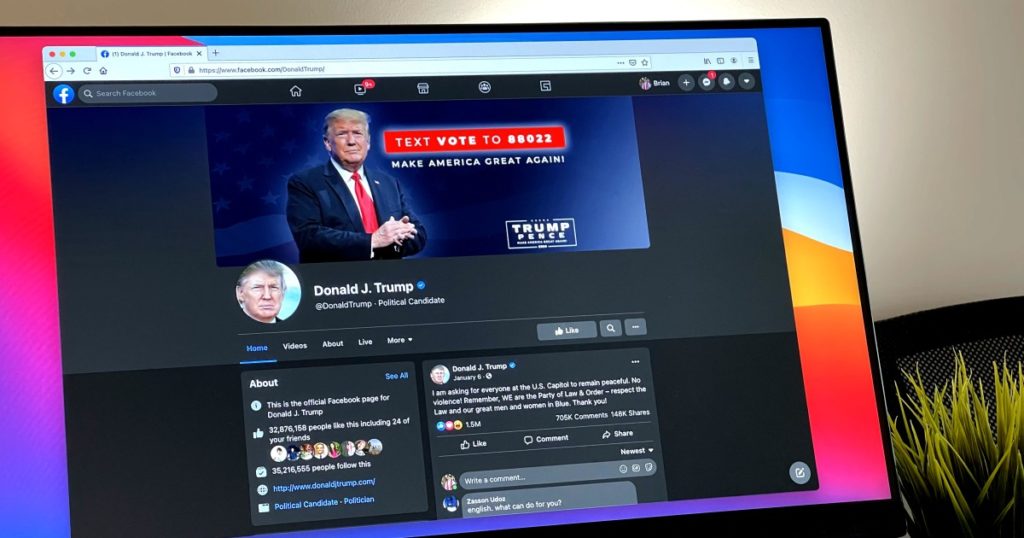 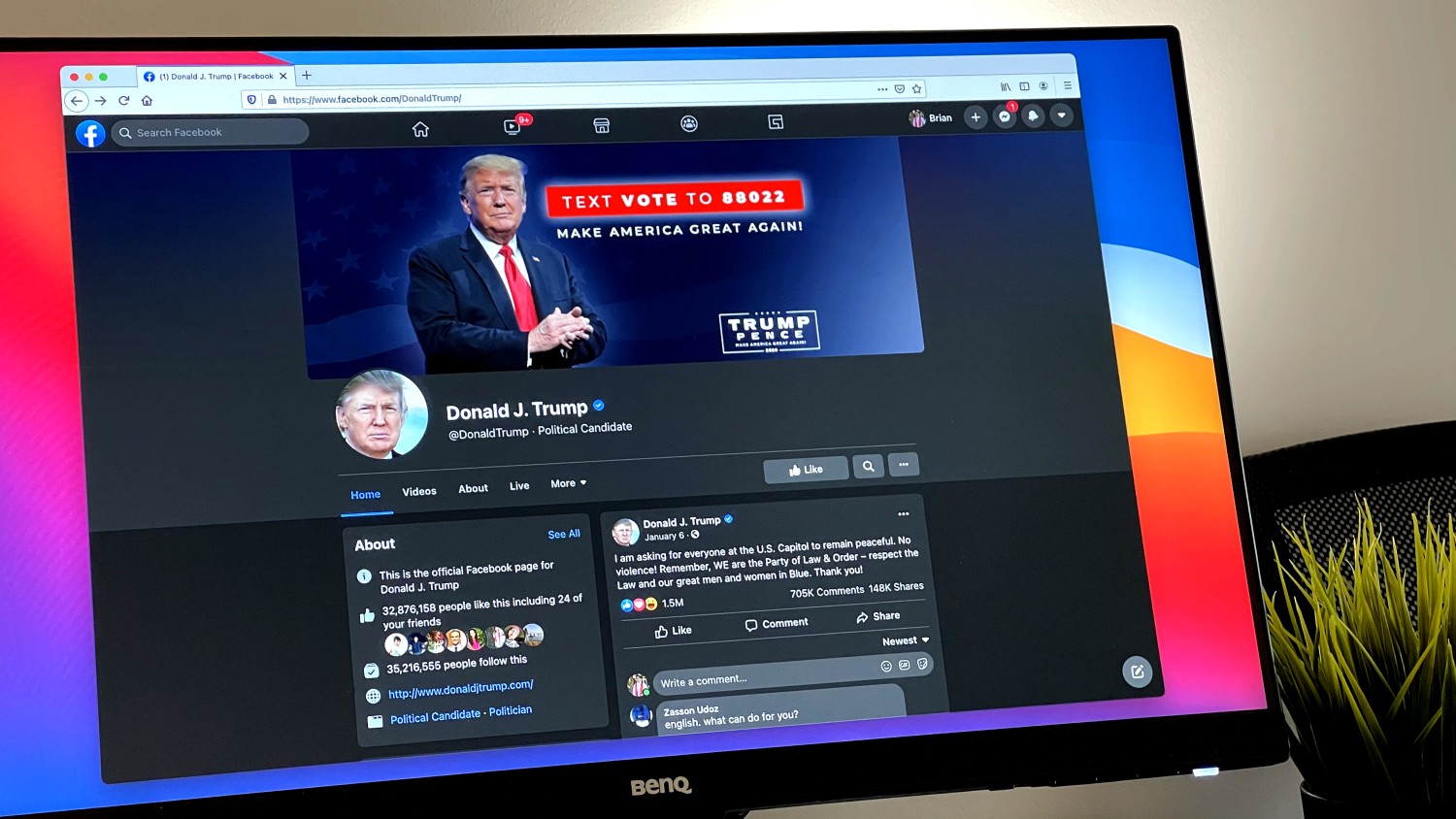 The decision by Facebook’s oversight board to block former President Trump’s return to the world’s biggest social media platform for now is a major political blow, denying him access to a huge audience he needs to help him amplify his message, maintain his fundraising base, and retain his dominance over the Republican Party.

For a former television celebrity who is a glutton for public attention, the decision extends by six months a political starvation diet imposed since January by a social media blackout and his departure from the White House.

But the board said it was inappropriate for Facebook to have set that suspension “indefinitely,” and said the company should, in the next six months, review the case and make a clear decision about whether he will be banned from the site permanently or for a specific amount of time.

The move buys the company some time as it ensures Trump will remain off all of the company’s social media platforms, including Instagram and What’s App, extending a nearly four-month suspension imposed because of his inflammatory posts in relation to the Jan. 6 storming of the U.S. Capitol by Trump supporters.

Trump is also likely to continue to be banned from Twitter, his most frequently used social media platform. Losing access to Facebook was an even bigger setback because it reaches a broader audience of more than 1.8 billion active daily users and is particularly useful as a fundraising and organizing tool.

According to a November poll conducted by the Center for Campaign Innovation, a conservative nonprofit research firm, 60% of voters used Facebook on a daily basis — even more than the 56% who watch local TV news daily. Just 18% used Twitter daily.

“His social media presence is very, very central to him being a dominant actor in U.S. politics at this time,” said Ramesh Srinivasan, a professor of information studies at UCLA and author of a book, “Beyond the Valley,” on the relationships between technology and politics.

“This will be fuel for Trump’s supporters and fellow Republicans in Congress to say that tech companies are biased against him.”

Shomik Dutta, co-founder of Higher Ground Labs, an incubator for progressive political technology in Santa Monica, applauded the extension of the Trump ban.

“It sends an important message, not just to Trump and his allies, but to the next set of crazies who think it’s OK to traffic in hate and fear and not have consequences,” Dutta said. “It is important to set standards for truth.”

“We believe the risks of allowing the president to continue to use our service during this period are simply too great,” Facebook CEO Mark Zuckerberg said in announcing Trump’s suspension in January.

That was a huge blow for a politician who pioneered the use of social media to advance himself, raise campaign cash, and dominate news throughout his presidency. The social media shutdown in January, weeks before President Biden’s inauguration, contributed to the abrupt transformation of Trump from being omnipresent, to being almost invisible to the general public for the last three months. That has been a surprise to those who predicted that Trump would not quietly leave the political stage after the election but would continue to be a constant commentator on events and his successor.

To be sure, even without social media, Trump has maintained a firm grip on the Republican Party, where adherence to his baseless claim that the 2020 election was “stolen” from him has become something of a GOP litmus test. He has thrown his political weight around with candidate endorsements in contested GOP primaries, special elections and leadership fights. The Republican National Committee last month held a dinner at Trump’s Mar-a-Lago club in Florida.

But without social media, it has been much harder for Trump to reach beyond the GOP activist base, and it is much easier for people not in his thrall to ignore him. His office-in-exile puts out occasional statements and press releases, praising friends and lambasting foes — including fellow Republicans Mitch McConnell of Kentucky, Senate GOP leader, and Rep. Liz Cheney of Wyoming. But his rhetorical lightning bolts get far less attention from the media than did his presidential tweets.

Trump has not turned to alternative platforms like Parler and Clubhouse. But he has toyed with the idea of establishing his own social media platform. His political action committee Monday announced the launch of a new website, “From the Desk of Donald J. Trump,” where he can post comments and video , making it easy for followers to reshare his messages. But despite the fanfare, it does not have social media’s crucial feature of allowing users to engage with each other and Trump.

The continuing Facebook ban could hurt Trump’s fundraising because, while his political operation has a formidable cache of fundraising email and phone contacts, that information goes quickly out of date as people change email addresses and cellphones. Facebook is one of the best means of harvesting fresh information on potential donors.

“This is a very important moment for his political future,” said Eric Wilson, a veteran Republican digital strategist and director of the Center for Campaign Innovation.

“Not being able to speak to voters at that scale is going to damage the Trump political operations’ ability to reach voters and support the candidates they back,” said Wilson.

The decision by Facebook’s oversight board will likely fuel criticism from Republicans who say it is biased against conservative viewpoints, a sentiment that contributes to a GOP drive to break up big tech companies. In a letter to the Facebook oversight panel Monday, a group of Republicans on the House Judiciary Committee warned: “Instances where conservative viewpoints have been censored, blocked, or diminished harm the free exchange of ideas and irreparably damage conservative Americans’ faith in the fundamental fairness of purportedly neutral actors like Facebook.”