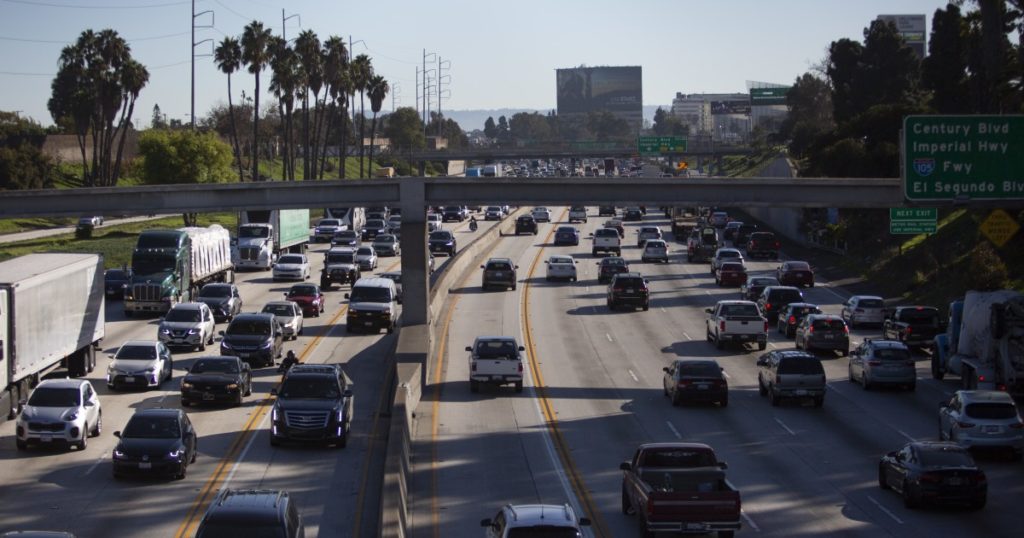 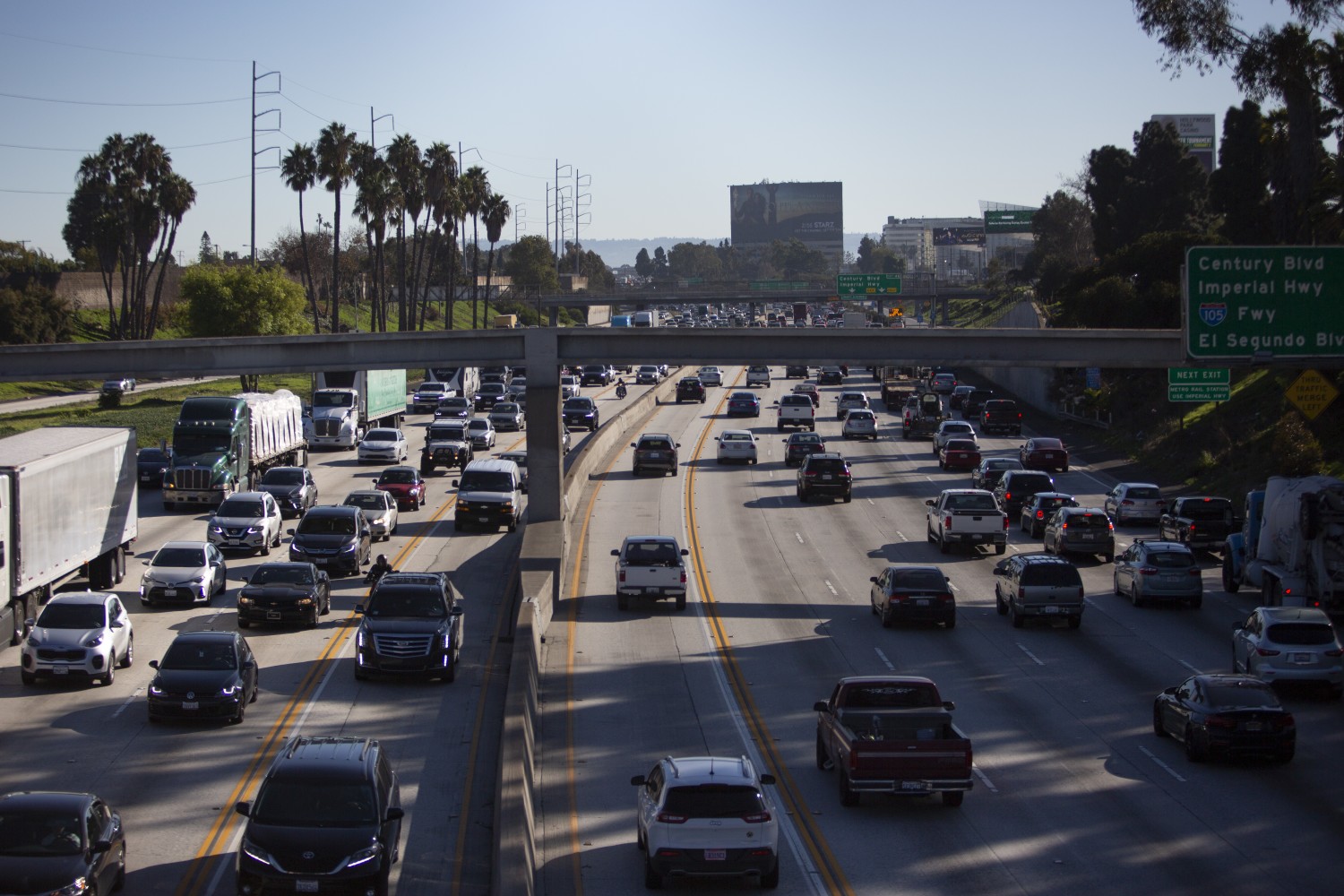 California’s ambition to retake the lead on climate change policy in the United States received a major boost on Monday, as the Biden administration moved toward allowing the state to once more set its own car pollution standards, a right revoked under former President Trump.

The Environmental Protection Agency announced that it is reviewing a major Trump-era action that blocked California’s legal authority to set tailpipe emission standards for cars and SUVs that are tougher than federal regulations. After seeking the public’s input, as required by law, the agency intends to rescind the Trump administration’s decision, a spokesman for the agency said.

The EPA’s action has national significance as transportation remains the largest source of planet-warming emissions in the United States, and California, with nearly 40 million people, is the country’s largest auto market. The state’s unique ability to set its own car pollution rules has influenced federal policy for decades, leading to stricter nationwide standards.

Thirteen other states and the District of Columbia follow California’s more stringent standards, altogether accounting for nearly 40% of auto sales in the United States. A smaller number have also signed on to the state’s mandate that automakers produce more zero-emission vehicles.

The agency’s action was widely expected — and eagerly anticipated by state officials and environmentalists. Over the last five decades, every former president except for George W. Bush and Trump accepted California’s power to set its own tailpipe pollution rules under the 1970 Clean Air Act.

“I am a firm believer in California’s long-standing statutory authority to lead,” EPA Administrator Michael S. Regan said in a statement. “The 2019 decision to revoke the state’s waiver to enforce its greenhouse gas pollution standards for cars and trucks was legally dubious and an attack on the public’s health and well-being.”

California’s special authority dates to the 1960s, when state officials acknowledged the smog enveloping Southern California as a public health crisis. By the time the federal government began to take an interest in enacting tailpipe emissions controls, California had already taken the lead.

Concerned that each state would pass different regulations, Congress gave the EPA the authority to set vehicle emissions standards for the nation, but it carved out an exception for California. Under the law, the EPA would be required to give the state a waiver allowing it to enforce its own rules, provided they were at least as tough as the federal ones.

The legal waiver granting California this power has historically served as the foundation for the state’s role as an environmental leader in reducing car pollution and improving air quality. It has also allowed the state to play an outsize role in accelerating the adoption of electric vehicles by empowering officials to require that automakers produce more of them if they wanted access to the California market.

Cara Horowitz, co-director of the Emmett Institute on Climate Change and the Environment at the UCLA School of Law, said restoring California’s waiver is crucial to the state’s efforts to fight climate change.

“California has this fairly ambitious goal of reducing greenhouse gas emissions by about 40% by 2030. And an even more ambitious goal of getting to carbon neutrality by 2045,” she said. “It can’t do those things unless it’s able to tamp down significantly on pollution from vehicles.”

Biden has also vowed to make deep cuts to the nation’s greenhouse gas emissions, announcing at last week’s climate summit that he would reduce them by as much as 52% by 2030. His plans rely heavily on automakers building cleaner cars and Americans buying more electric vehicles, a massive shift that could take place faster if California is empowered again to set emissions standards.

The Biden administration has begun talks with automakers to replace the weaker standards put in place under Trump with a new set of rules that would run through 2025. Restoring California’s authority to write its own car pollution standards would give state officials a seat at those talks and, more important, could pressure car companies to agree to more stringent rules.

“The Biden administration surely expects California to play our historic role as the left flank,” said Mary Nichols, who served as California’s top clean air regulator for more than a decade before stepping down last year. With California and the states that follow its standards empowered to enforce tougher rules, she said, the EPA can stake out a moderate position, knowing the auto industry will still have to satisfy these states.

The Department of Transportation issued a rule barring any state from setting its own car pollution standards — a regulation that the Biden administration took steps to repeal last week. And based on that rule, Trump’s EPA revoked the state’s legal waiver, preventing it from enforcing its tailpipe emissions standards.

The state sued the administration and set off a legal battle that was still winding its way through the federal courts when Biden took office.

Frustrated by the Trump administration’s plans to roll back car pollution regulations, Nichols brokered a deal in 2019 with five automakers to reduce auto emissions — regardless of what the federal government did. The Biden administration is expected to use that agreement as a model for its talks with car manufacturers.

Some environmental groups say that deal doesn’t do enough to reduce greenhouse gas emissions and prevent the worst effects of climate change. They want the Biden administration to hold automakers to the tougher standards they agreed to under Obama, which required new cars and SUVs to average about 36 miles per gallon under real-world driving conditions by 2025. Under the California agreement, car companies would have until 2026 to meet that standard.

General Motors and other automakers have argued that the tougher Obama-era standards aren’t achievable because of Americans’ continued preference for less efficient SUVs and pickup trucks. They are expected to ask the Biden administration to require only small fuel-efficiency improvements over the next decade so they can use the profits from gas-guzzling vehicles to fund the introduction of dozens of new electric models.

Before Trump, California had lost its power to regulate emissions only once before under President George W. Bush. At the time, the state was set to enact standards that were more aggressive than those favored by the federal government. The move would have forced automakers to produce one set of cars to meet California’s regulations and another, more polluting fleet for the rest of the country.