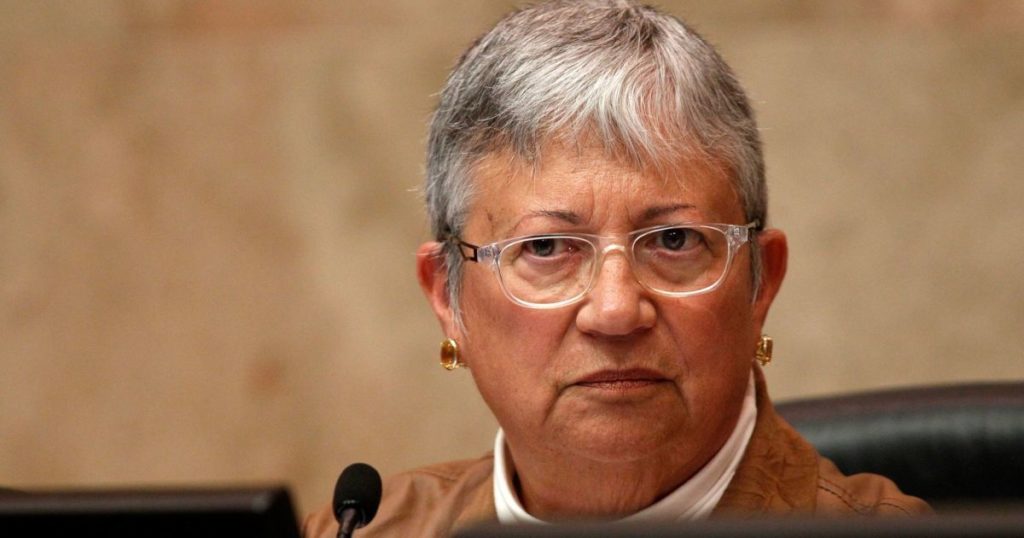 Through four governors, two Obama terms and the Trump administration, Mary Nichols has led the charge to clean up California’s smog and fight climate change. In the process, she has earned herself a reputation as one of the most influential environmental regulators in the country.

So with Joe Biden headed to the White House, it was no surprise that Nichols quickly emerged as his top candidate to lead the Environmental Protection Agency.

But Nichols, who cultivated a national reputation as chair of the California Air Resources Board, appears now to have had her nomination derailed by critics at home. On Thursday, news broke that Biden had picked Michael Regan, the top environmental regulator in North Carolina, to run the EPA, making him the first Black man to head the agency and fulfilling the president-elect’s promise to assemble a diverse Cabinet that will “look like America.”

In choosing Regan, Biden ceded to pressure from progressive activists and frustrated Democratic moderates, who considered Nichols to be the most qualified candidate for the job.

California environmental justice advocates, who have battled against her for decades, campaigned fiercely against her candidacy, and, in the last few weeks, enlisted national allies. More than 70 groups wrote to the Biden transition team this month alleging that Nichols had championed policies that disproportionately hurt poor and minority communities.

“She is not fit to lead an EPA that values environmental justice,” they wrote.

More than any other climate policy she has pursued, Nichols’ role in championing California’s cap-and-trade program has angered environmental justice groups.

When the program debuted in 2013, it was seen as California’s premier climate policy. It was the first of its kind in North America and had the support of most major environmental groups. Designed to help the state meet its goal of reducing greenhouse gas emissions to 1990 levels by 2020, the program used a market-based system that set an annual limit, or a cap, on nearly all of the state’s emissions.

Polluting industries could meet this requirement, which would tighten over time, by lowering their emissions or buying state-auctioned permits that allowed them to continue emitting planet-warming gases. The revenue generated by these auctions would be invested in new technology to further reduce emissions, such as installing solar panels on apartment buildings in low-income neighborhoods.

Carbon emissions in California fell. In fact, the state met its goal in 2016,four years ahead of schedule.

It is unclear, however, how big a role cap and trade played in those reductions. According to an analysis by ProPublica published last year, emissions from the state’s oil and gas industry have risen 3.5% since the program began.

Critics of cap and trade say that it allows polluters to buy their way out of having to change their behavior. To Californians living near ports, oil refineries and rail yards, the program seemed designed for the benefit of the fossil fuel industry. Meanwhile, residents in their communities were still struggling with smog and high asthma rates.

“It was all about abandoning pollution in highly impacted communities and planting trees in Nebraska,” said Jane Williams, director of California Communities Against Toxics. “The offsets weren’t real. You got pollution reductions in Quebec, but how does that help my folks in South L.A.?”

Cap and trade wasn’t Nichols’ invention. The idea of putting a price on carbon emissions to tackle climate change has been adopted by dozens of governments worldwide, either as cap-and-trade programs or as taxes on coal, oil and gas.

But when Gov. Arnold Schwarzenegger chose Nichols to lead the Air Resources Board in 2007 — her second stint as the state’s top clean-air regulator — it became her job to design the program. This, as well as many of the other climate policies she implemented, turned her into an environmental celebrity. It also ensured her legacy would be tied to a controversial experiment.

Supporters of Nichols said progressive groups had seized on her candidacy as a way to bring attention to the flaws of cap and trade, while ignoring her other contributions.

“There’s no one who’s done as much as she has on greenhouse gas reduction or on criteria pollutants — no one,” said Air Resources Board member Hector De La Torre. “She’s being punished for a policy direction that she did not create. And to me, that’s just unfair on its face.”

Under Nichols’ leadership, the agency has pioneered a range of climate and clean air initiatives that aim to cut greenhouse gas emissions across industries. It has approved sales mandates to increase the number of electric vehicles on the road and set a low-carbon fuel standard for cars and trucks.

This year alone, the board approved new clean-air mandates covering heavy-duty diesel trucks and cargo ships and set a groundbreaking requirement that more than half of all trucks sold in the state must be zero emission by 2035.

These regulations put California at the forefront of national climate policy and won praise from environmentalists across the United States.

But environmental justice groups in California felt their input had been disregarded. In their view, the Air Resources Board wasn’t moving quickly enough to address local public health issues, such as poor air quality in communities near heavily industrialized areas and freight corridors.

Under Nichols, the agency had “failed to be responsive to the needs and petitions of environmental justice communities,” they wrote to the transition team.

“The experience has largely been that Ms. Nichols has not meaningfully engaged or listened to CEJA’s member and partner organizations’ concerns,” said Gladys Limón, executive director of the California Environmental Justice Alliance. “And the policies she’s advanced have been deeply flawed and exacerbated racial inequities.”

Nichols, 75, a former environmental lawyer, was first appointed to lead the Air Resources Board in 1979 by Gov. Jerry Brown.

She next worked at the Natural Resources Defense Council, where she founded the organization’s L.A. office, and as resources secretary for Gov. Gray Davis. Under President Clinton, she served for four years as assistant administrator for the EPA’s Office of Air and Radiation, which oversees pollution regulations.

Nichols’ term as chair of the Air Resources Board expires at the end of the year.