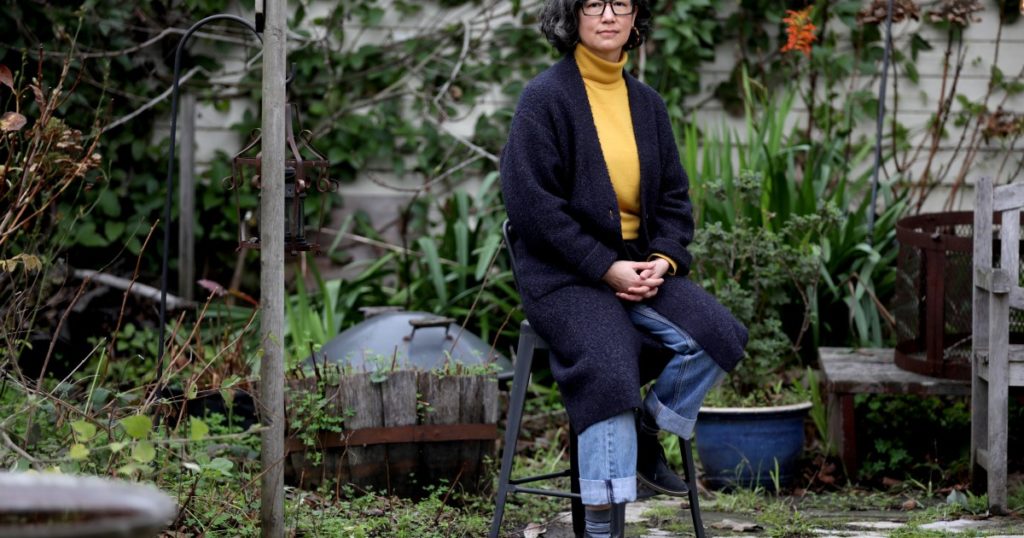 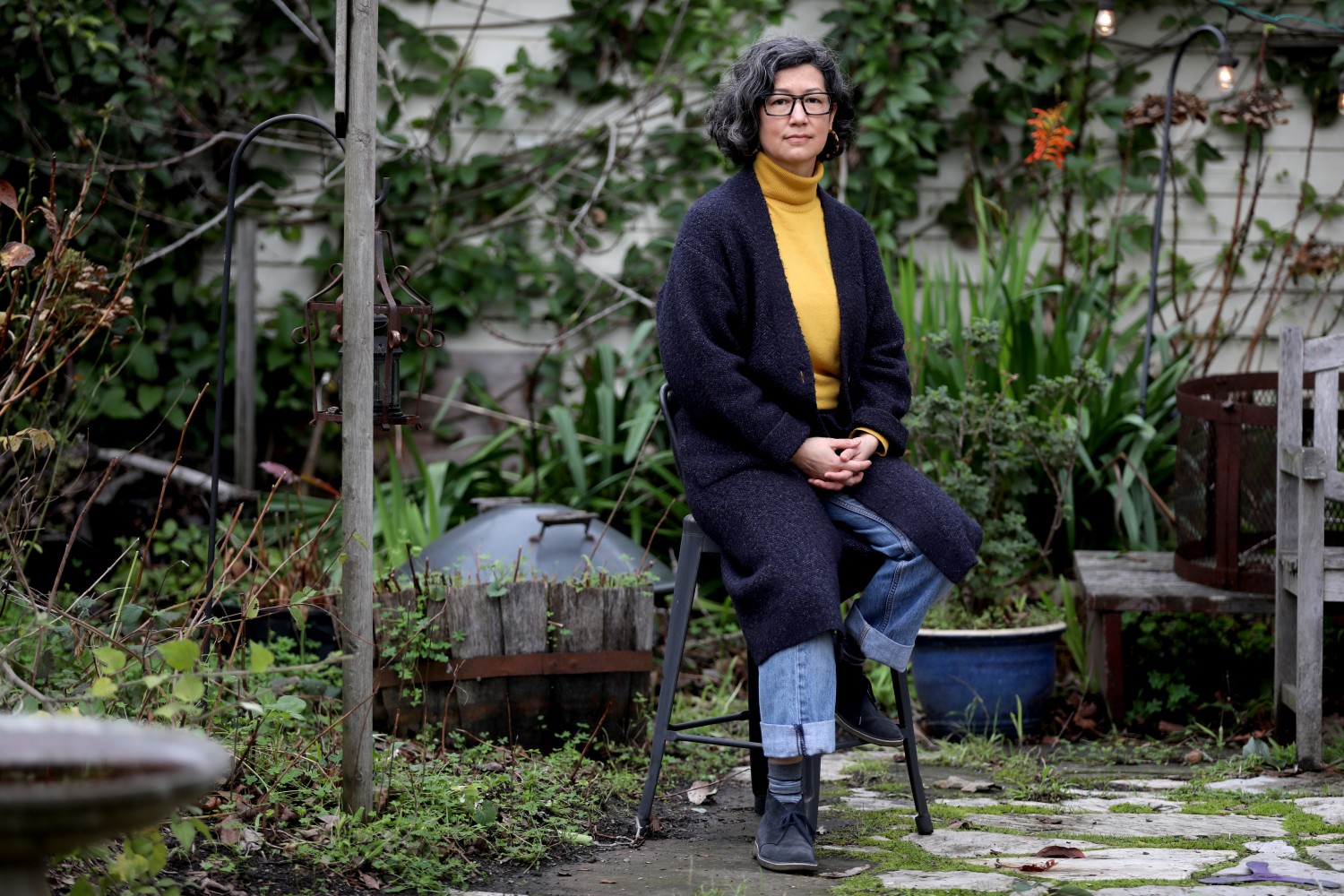 When Joe Biden last month was mulling whom to name as his Interior secretary, entrusted with hundreds of millions of acres of public land, a network of nascent environmental groups eager for clout made a move that defied the usual Washington playbook.

They launched a campaign to publicly shame the person believed to be at the top of the president-elect’s shortlist — retiring New Mexico Sen. Tom Udall, a longtime Biden friend and former aide whose father held the post in John F. Kennedy’s Cabinet.

“It would not be right for two Udalls to lead the Interior before a single Native American,” they wrote in a public letter to Udall.

Soon after, Udall was passed over in favor of another New Mexico Democrat less familiar to Biden: Rep. Deb Haaland, who, if confirmed, would be the first Native American to run a Cabinet level agency.

Similarly, California air quality regulator Mary Nichols, the perceived front-runner to lead the Environmental Protection Agency, was derailed — much to the dismay of some big, old-line environmental groups — by opposition led by local activists from California.

As Democrats have taken power in the White House and Congress, long-simmering tensions within the environmental movement are coming to the forefront, leaving established leaders pushed aside by activists who see them as too white, cautious and out of touch with the effects of industrial pollution on communities of color.

“It used to be that these mostly white, mainstream environmental groups would be in those rooms, making the decisions and then call us to say what was decided,” said Robert Bullard, an author and co-chair of the Black Environmental Justice Network, known to some as the father of environmental justice. “We said, ‘Never again. We are not going to leave it to other folks to speak for us.’”

“The tension has been there for a long time,” said Ramón Cruz, who last year was elected the first Latino president of the 128-year-old Sierra Club. “Organizations like ours have done harm in the past. We have supported policies seen by many environmental justice groups as displacing pollution into what we see now were ‘sacrifice zones.’ That is no more.”

The realignment creates both political opportunities and risks for the new administration. Biden benefited from the more liberal groups’ organizing power and resonance with young and nonwhite voters to win election and to help Democrats retake the Senate.

And yet, though he delighted the groups with his Cabinet picks, delivering on their policy expectations could prove fraught, given Democrats’ tight majorities in the Senate and House. Biden will be beholden to centrists including West Virginia Sen. Joe Manchin, an ally of fossil fuel companies. The last time a Democratic Congress considered a major climate bill, in 2010, the coal-state senator made a political ad in which he fired a bullet through a copy of the legislation.

“The environmental justice groups this election did the grass-roots work of mobilizing voters and getting their agenda recognized by the Democratic Party for the first time in history,” said Phaedra Pezzullo, a scholar of the movement at the University of Colorado. “Now they are going to be assessing whether it made a difference.”

This moment has been long in coming. Backlash against the environmental establishment first erupted in 1990, when dozens of grass-roots groups sent a letter to 10 of the nation’s largest conservation organizations accusing them of racism and of ignoring pollution in communities of color. Along with the Sierra Club, groups targeted in the letter included the Environmental Defense Fund, the Natural Resources Defense Council and the National Audubon Society.

“Some of those organizations responded by saying ‘We can do better,’” said Ozawa Bineshi Albert, an organizer at the Indigenous Environmental Movement. “Some were like, ‘We are going to do our thing.’”

In recent years, the grass-roots organizations coalesced to increase their power and grabbed attention last year amid the national reckoning over racial violence and discrimination.

Before that, environmental justice was the inspiration for New York Rep. Alexandria Ocasio-Cortez to first run for office — after her 2017 visit to Indigenous activists fighting the Dakota Access pipeline. The congresswoman, who quickly became a leader of the party’s left flank, went on to co-author the Green New Deal — an ambitious agenda for fighting climate change that links joblessness and public health crises in marginalized communities to environmental neglect.

The blueprint’s influence grew as groups like the Sunrise Movement, a youth-oriented climate-justice organization, led efforts to oust congressional Democrats perceived as moving with too little urgency. A week after Democrats took control of the House in 2018, Sunrise activists were protesting at the office of House Speaker-elect Nancy Pelosi (D-San Francisco). By 2020, the Green New Deal had helped shape the climate plans of every major Democratic presidential candidate, though Biden’s wasn’t nearly so bold.

The actions that initially confounded some in the mainstream organizations ultimately proved successful in pushing Democrats to embrace more ambitious climate goals and make environmental justice a priority.

The pressure drove then-candidate Biden to bolster his climate agenda, vowing an emissions-free power grid by 2035 and that 40% of spending in his $2-trillion climate plan would go to polluted, low-income communities.

The tension between the old and new guards is spilling over into one of the most sensitive areas: funding. The grass-roots groups now compete for large philanthropies’ donations.

“There’s been a marked shift in funders’ attitudes in the last two years, and a monumental ground shift in the last year,” said Marce Gutiérrez-Graudiņš, the founder and director of Azul, an Oakland-based group that works with Latinos on ocean conservation.

Another change: Both old and new groups had seats at the table during Biden’s transition to the presidency. Bullard said he and other environmental justice activists were present at meetings where advisors and appointees mapped out Biden’s environmental agenda. On Thursday, the groups’ allies in Congress unveiled legislation to force the administration to allocate conservation funds in accordance with Biden’s campaign promises.

The ascent of national groups like the Sunrise Movement comes after years of lonely battles by local activists — many based in California.

When the state enacted its landmark law to reduce greenhouse gas emissions in 2006, smaller groups were unhappy with the result. Yet they lacked the power, money or experience to do much about it. Fifteen years later, they have formed alliances with one another and with a new generation of Latino lawmakers more willing to listen to activists whose experiences often mirror their own.

Manuel Pastor, a professor of sociology at USC, said of the politicians: “So many of them grew up near polluted areas, and as a result, like me, have fond memories of not being able to see because of the smog and having junkyards everywhere.”

When the Biden team debated who should lead the EPA, leaders of some of the largest environmental groups assumed Nichols would get the nomination and that the fossil fuel industry would oppose her. They hadn’t expected a fight from within the environmental movement.

“Some of the larger, more traditional conservation and environmental groups have voiced a lot of discontent over the critique that we had of Nichols and her leadership,” said Miya Yoshitani, executive director of the Bay Area-based Asian Pacific Environmental Network.

But to Yoshitani and other environmental-justice advocates, their opposition shouldn’t have come as a shock.

For more than a decade, Nichols had been fighting grass-roots activists over California’s cap-and-trade program, which puts a price on greenhouse gas emissions to discourage industry from burning fossil fuels. Though the program wasn’t Nichols’ invention, she became one of its most prominent champions, making her a focal point for groups concerned that the policy benefited polluting industries at the expense of people living next door.

“She is part of an era of environmental policymakers who were beginning to recognize racial justice and equity as important, but always as something to tack on at the end, not as a central driving force for policy,” Yoshitani said.

The activists are now contemplating their next targets.

One priority: making sure communities that disproportionately contend with pollution get the money Biden promised. Another: ensuring that local groups remain influential in an administration heavily staffed by veterans of the Obama administration and mainstream environmental organizations.

Conflicts among the groups are likely to emerge over how — and how quickly — to shift the nation’s power sector from oil and gas without killing thousands of jobs. There are already clashes over the transitional role of nuclear energy and carbon capture strategies, with activists on the left objecting that such sources would slow the phaseout of fossil fuels.

For that reason, they oppose Biden’s “all of the above” energy approach and his compromise stance on fracking.

It all leaves the president and other Democrats on tricky political terrain.

The influence over Cabinet nominations by groups previously dismissed as small and disorganized was a “watershed moment,” said Michael Mendez, a UC Irvine professor and author of a book about the environmental justice movement in California. “We have entered a new era.”