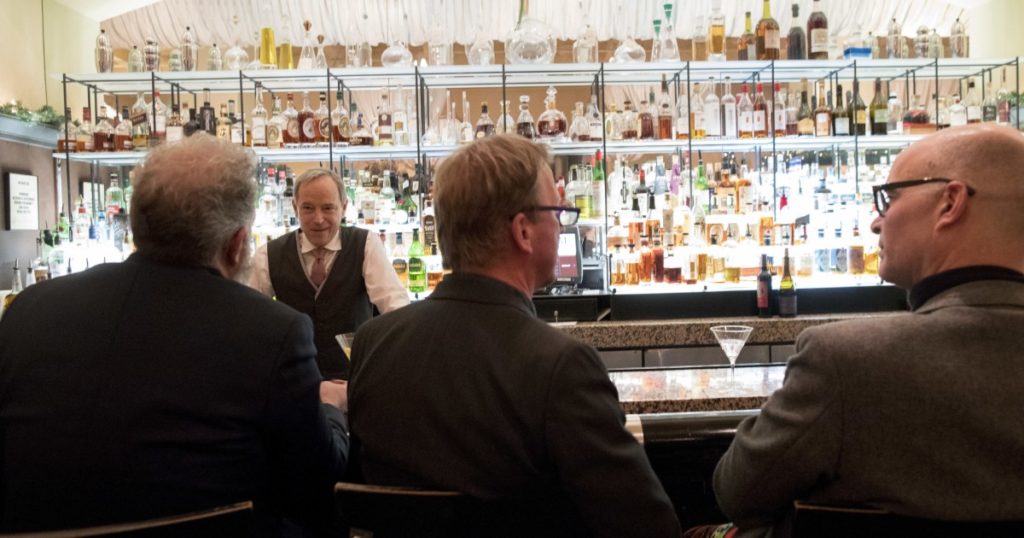 As David Spatafore looks at the COVID-19-depressed economy, he sees good times just ahead.

“Our plan right now is kind of shooting for summertime to be like the Roaring ’20s,” said the owner of San Diego restaurant company Blue Bridge Hospitality.

Pent-up demand after almost a year of social distancing and lockdowns has created a big reservoir of consumer demand, he thinks, and hungry customers will soon come surging back.

But there’s a catch: Spatafore doesn’t expect to hire back all of the almost 400 employees he had at the peak of his business before the new coronavrius struck.

Many economists agree with Spatafore — on both counts: the revival of the economy by Labor Day, but after an initial burst of hiring, a bleaker outlook for jobs.

On Friday, the pandemic’s capacity to throw previously self-supporting Americans out of the job market was demonstrated once more on a nationwide scale when the Labor Department released a new round of jobs data.

Despite some plateauing of new coronavirus cases and a surge of hope as the Biden administration pushed to accelerate vaccinations, job growth essentially stalled in January for the second month in a row.

The economy added a measly 49,000 jobs last month after losing 227,000 in December. The nation’s unemployment rate went down to 6.3% from 6.7%, but that was largely because hundreds of thousands of people dropped out of the labor force. More workers were hit with permanent layoffs last month, and 40% of the 10 million officially unemployed now have been without work for more than six months.

The economic impact of the pandemic has sometimes stemmed from government-mandated lockdowns and distancing requirements, but the more far-reaching effects may involve acceleration and intensifying trends already at work.

Even if President Biden is relatively successful in dealing with the challenges, most analysts expect recovery on the jobs side to be long and slow. Stock markets have already bounced back. And the nonpartisan Congressional Budget Office has projected U.S. economic output to fully recover this summer, but not the jobs — not until 2024.

Assuming $2 trillion in additional fiscal spending, Mark Zandi of Moody’s Analytics predicted all the jobs to return in May 2023 — still more than three years for a full recovery.

The pandemic has triggered potentially far-reaching changes in consumer behavior and deeply rooted business models. It has also accelerated changes that were already underway before the coronavirus swept across the country.

Many of these changes may be welcomed, but they will also disrupt the jobs of millions of workers and businesses even if new job opportunities eventually arise.

Some jobs will shift from urban business districts to more residential areas as more people work from home. The Labor Department said 23% of employed people worked from home in January.

Also likely to outlast the pandemic: the surge in online shopping and home delivery of everything from prescription drugs to fresh vegetables, and the rise of “gig” and contract jobs. There may be fewer salesclerks at stores but more retail customer service reps handling online orders.

And many of the pre-pandemic jobs just won’t exist at all.

For several years, Lillian Isabella, an actress and playwright, supplemented her income by playing the role of a patient to help medical students prepare for an exam testing their bedside skills. She’s one of hundreds of people across the country who have played “standardized patients” in various programs to turn out better doctors.

But last week, after putting that test of clinical skills on pause during the pandemic, U.S. medical licensing officials decided to abolish it for good — a painful reminder of how the economic pain of COVID-19 can touch even the smallest nooks and crannies of the economy.

“When it was on, it was a pretty good form of steady work,” said Isabella, 31, who lives in New York.

In San Diego, Spatafore sees some of those same factors at play in his company, which operates a half-dozen restaurants, a beach club, dessert shop and a public market.

Last March, Spatafore laid off most of his employees, calling them in one by one. His business survived the spring lockdowns with the help of family members and a $1.2-million forgivable government loan, and then got back up to 280 employees last summer before the latest COVID surge knocked his payroll back down under 100.

Now he’s climbing up again, but even if conditions are as they were before the coronavirus outbreak, Spatafore doesn’t see his staffing returning to pre-pandemic levels. During the last year, his two pizzerias, for example, went from full-service, dine-in businesses to a self-pickup counter service, first out of necessity but then because the change turned out to be a successful model.

“We’re not going to go back, which means that we wouldn’t hire back waiters and waitresses and as many busboys,” he said.

In January, U.S. employment at restaurants and bars went nowhere, and now accounts for nearly one-fourth of the jobs yet to be recovered.

Other leisure and travel-related jobs also remain deep in the hole. The hotel industry was shaken after Microsoft’s co-founder Bill Gates prediction last November that over 50% of business travel will be lost in in the pandemic’s aftermath.

Some hoteliers are talking about possibly cleaning rooms only on demand — and for a fee — which will likely cut back on the need for housekeeping employees, said Robert Cole, a senior analyst at Phocuswright, a travel market research firm. Other hotels now employ touchless check-in and check-out.

“It’s going to be fits and starts and a very bumpy road,” Cole said of hiring and recovery of hotel employment and business.

The retail landscape is also shifting. Employment at stores in January remained about 330,000 shy of year-ago levels, but there’s been almost as many new jobs in warehousing and delivery services over the last year.

At Comfort One Shoes, the retail shoe chain in the Washington, D.C., area, sales last year were about half of what they were in 2019, said Garrett Breton, the company’s president. But its online revenues were up more than 120%.

He has 45 employees at the moment and is projecting it’ll go up to about 75 when things return to normal, compared with more than 100 before the pandemic, in part because of the hit to traditional shopping areas.

“I think that the urban downtown centers are scarred deeply and will not return just because people are vaccinated,” he said.

Jed Kolko, chief economist at the online jobs site Indeed, expects employment in most sectors to snap back, but the longer-term outlook for some is filled with more risks.

“Some of the biggest unknowns about what happens after the pandemic are how big some of these shifts will be — from in-person retail to delivery, from office to remote work, from spending going down for services to different goods,” he said. “Some of that may be permanent.”