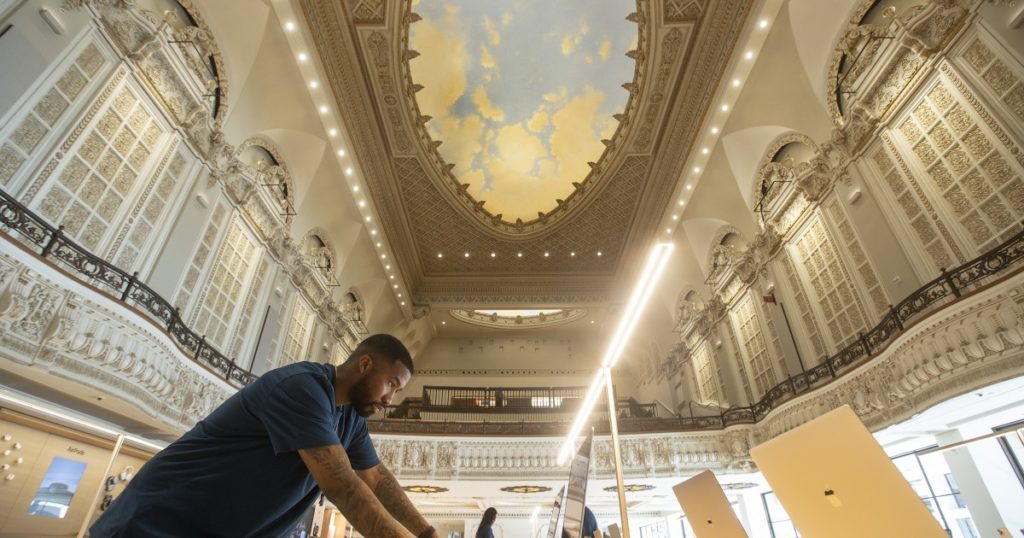 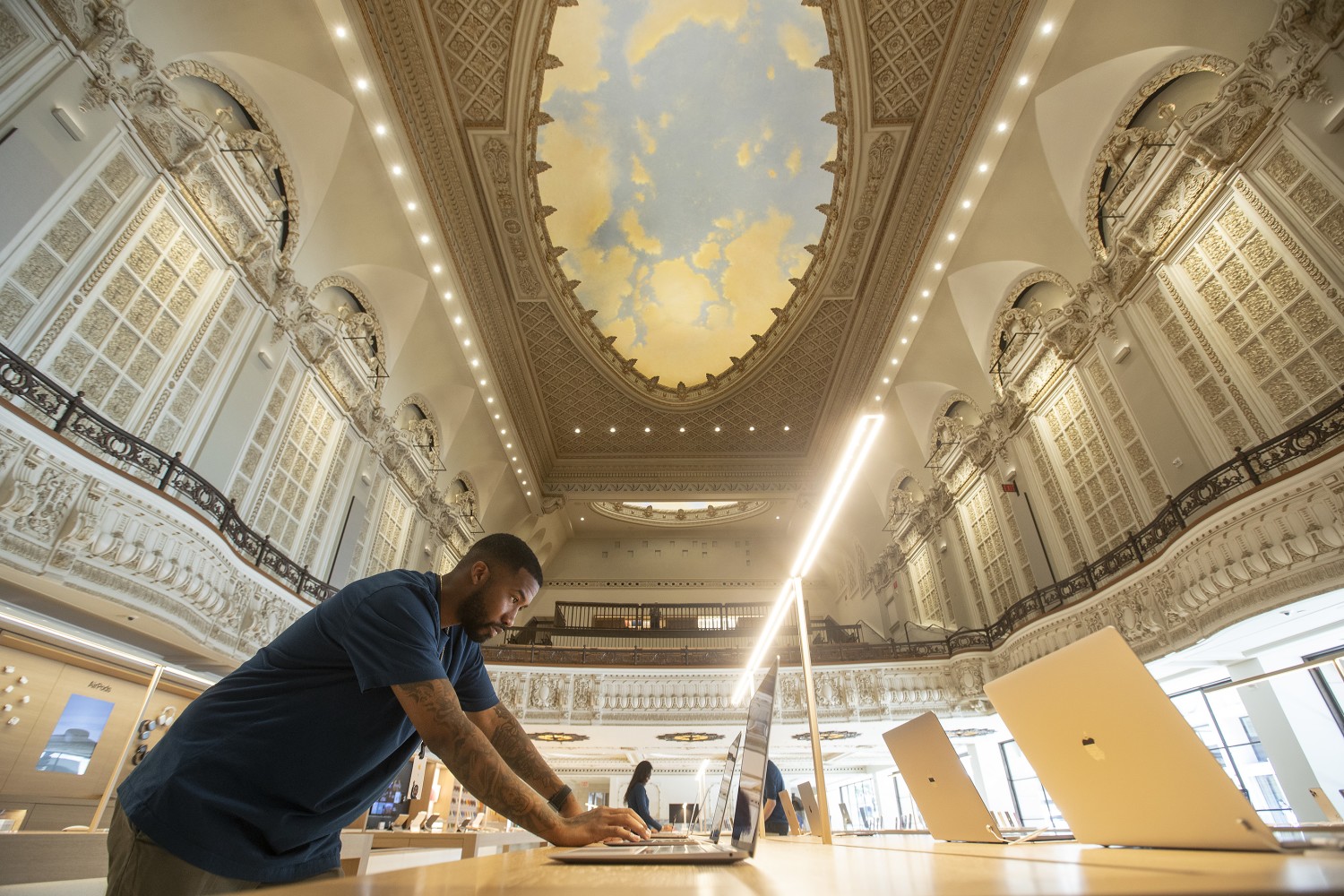 It was only five years ago that Taquasia Mason started her working career at a McDonald’s in Durham, N.C., grateful to find even a job that only paid the legal minimum of $7.25 an hour.

But thanks to the pandemic, Mason’s prospects, and her leverage, have vastly improved.

Earlier this year, the 22-year-old high school graduate took a job at an Amazon warehouse in Durham, earning $15 an hour plus, for a brief period, $2 per hour in pandemic pay.

In May, when Amazon moved her to a night shift, she jumped to another job at the same hourly rate, as part of a hospital cleaning staff.

Last week, Mason was already looking for something better, joining 100 people at a job fair eyeing 350 openings, many paying $15 an hour plus good benefits. She immediately drew the attention of a recruiter.

In an interview, Mason marveled at how the tables had turned since she first joined the workforce.

“Before, you can’t find so many places that wanted to start you off at $15 an hour basically with no experience,” Mason said. “It just amazes me nowadays.”

For decades, American workers who did not belong to unions or possess high-value job skills had little leverage in the job market. Even during periods of relatively low unemployment, most had almost no muscle to flex when it came to wages and benefits.

Instead of going to workers, an ever-larger share of national income went to profits and to shareholders. The prevailing philosophy in American business has been that a company’s first duty is to maximize value for stockholders.

Today, thanks in no small part to the COVID-19 pandemic and less directly to changing demographics, the balance of power may be starting to shift.

“The last year was kind of like a wartime situation, and wars change people’s mentality,” said Nicholas Eberstadt, at political economy scholar at the conservative American Enterprise Institute think tank.

Workers are demanding more and, for now, have the numbers behind them. Not only are job openings at a record but also employers are increasingly desperate.

The employment website Indeed said the share of job postings labeled “hiring urgently” had jumped more than 50% since the start of the year, and companies offering bonuses have now more than doubled from last year.

As pandemic-related shutdowns have subsided, consumer demand is surging, and the U.S. economy is springing back. But businesses are struggling to find new workers to keep pace.

Many laid-off workers have been slow to return. Others are job-hopping in search of better or more satisfying options.

“We had 20 interviews scheduled and one person showed up. It’s horrible,” said Elaina Morris, chief executive of Ascend Hospitality, a midsize restaurant company based in Bellevue, Wash.

Morris has resorted to sending her managers to Starbucks and Home Depot to scout out and poach employees.

Some employers are offering cash and other incentives just to show up for interviews. Sign-on, retention and referral bonuses are commonplace, even in industries such as fast food that have rarely needed to use such carrots before.

Employers are customizing work schedules. Others are waiving job requirements, such as drug tests.

At mattress-maker Leggett & Platt, drivers in California said they suddenly received a $3 bump in pay last month, to $27 an hour.

Leggett wouldn’t comment about personnel matters, but workers said the hike came after there was a large exodus of employees in Riverside County, who bolted for better pay at DHL.

“They know some drivers will find something else,” said one 53-year-old Leggett driver.

How long the swing toward workers will last is not clear. About 27 million workers, or 37% of all employees, made less than $15 an hour last year. That’s down from 35 million, or 43%, in 2019, according to the Bureau of Labor Statistics.

Labor shortages could ease if the pandemic comes under increasing control.

Many workers laid off at the height of the pandemic have found other jobs, moved to other areas, gone back to school or into training programs, or made other decisions that delay their return to the workforce.

And some workers are probably holding out until at least September, when enhanced government unemployment benefits expire. But that may not help much. States that already cut off the federal assistance are seeing only a moderate increase in workers coming off the sidelines.

The pandemic accelerated the inevitable flow of older workers into retirement. And the baby boom that came after World War II was followed by a sharp decline in the birth rate, the so-called baby bust.

Right now, the shift in the balance of power between employers and employees is being driven by lower-wage workers, who are showing new willingness to go looking for better opportunities.

But there are signs that those on the white-collar, higher-skilled side have more muscle too. One indication is the reluctance of some companies to insist that employees return to the office.

Based on the Conference Board’s surveys of employers, Gad Levanon, the research group’s labor expert, said the percentage of office workers working primarily from home could easily reach 30%, up from 7% to 8% before the pandemic.

Many such workers believe they have been just as productive working remotely and have found that it has improved their private lives as well.

A manager for a large company that caters to young adults said his firm was expanding its operations but hesitating to sign leases for more office space because of concern about pressing valuable younger workers to give up working from home at least part time.

That could be a wise move, according to Mark Zandi, chief economist at Moody’s Analytics: “Especially in this environment where workers have the upper hand, they’re going to demand it.”

He noted that one of his own employees told him she would have left if the company hadn’t allowed her to work from home.

For most of the last half a century, workers have been on their heels.

Collective bargaining power has declined along with union membership since the 1970s. The federal minimum wage has been stuck at $7.25 an hour since 2009.

And over the last couple of decades, employers have outsourced many business functions and made other changes that have eroded real wages for many workers, especially those less educated.

The upshot is that the percent of U.S. national income going to people in wages and benefits generally has been declining since peaking at 67.9% in the second quarter of 1980. It’s edged up in the last two years to 63.8% in early 2021, according to data from the Bureau of Economic Analysis.

If workers continue to gain leverage, it’s almost certain many employers will step up investments in labor-saving technology, which could boost productivity in the long run but also tends to funnel more of the benefits to owners of capital than to labor.

Businesses also will probably press for a loosening of immigration to allow more workers into the country.

Zandi doesn’t see it as a zero-sum game. He thinks a growing economy over the next two years will yield solid gains in both wages and profits. Further down the road, he said, “in terms of who’s getting the bigger slice of the economic pie, I think that’s going toward workers.”

Mary Kay Henry, president of the 2-million-member Service Employees International Union, said essential workers, in particular, learned lessons from the pandemic and were more emboldened than ever to exercise power.

What really gives her hope, she said, is the fundamental change in tone and action coming from the White House. Besides urging companies to pay ordinary workers more, President Biden has increased the hourly minimum wage to $15 for federal contractors, backed labor unions and sought to make it easier for workers to change jobs.

The message from the Biden administration is clear, Henry said: “You can’t just measure GDP growth or the stock market any longer as an indicator of economic health. We have to see if wages are growing, because the economic stagnation of wages and the level of inequality pre-pandemic has only been worsened in the course of the pandemic.”

Harry Holzer, a public policy professor at Georgetown University and chief Labor Department economist in the Clinton administration, views the recent swing in the pendulum toward workers as significant and encouraging.

But Holzer noted that tight labor markets don’t last, and the caustic political environment will make it very difficult to pass major changes, like a sizable increase in the federal minimum wage or an overhaul in labor laws to make organizing easier.

For workers, he said, further training and schooling may be the key to whether they can sustain an upper hand beyond this current period: “If workers get more skills and education,” he said, “that will help.”